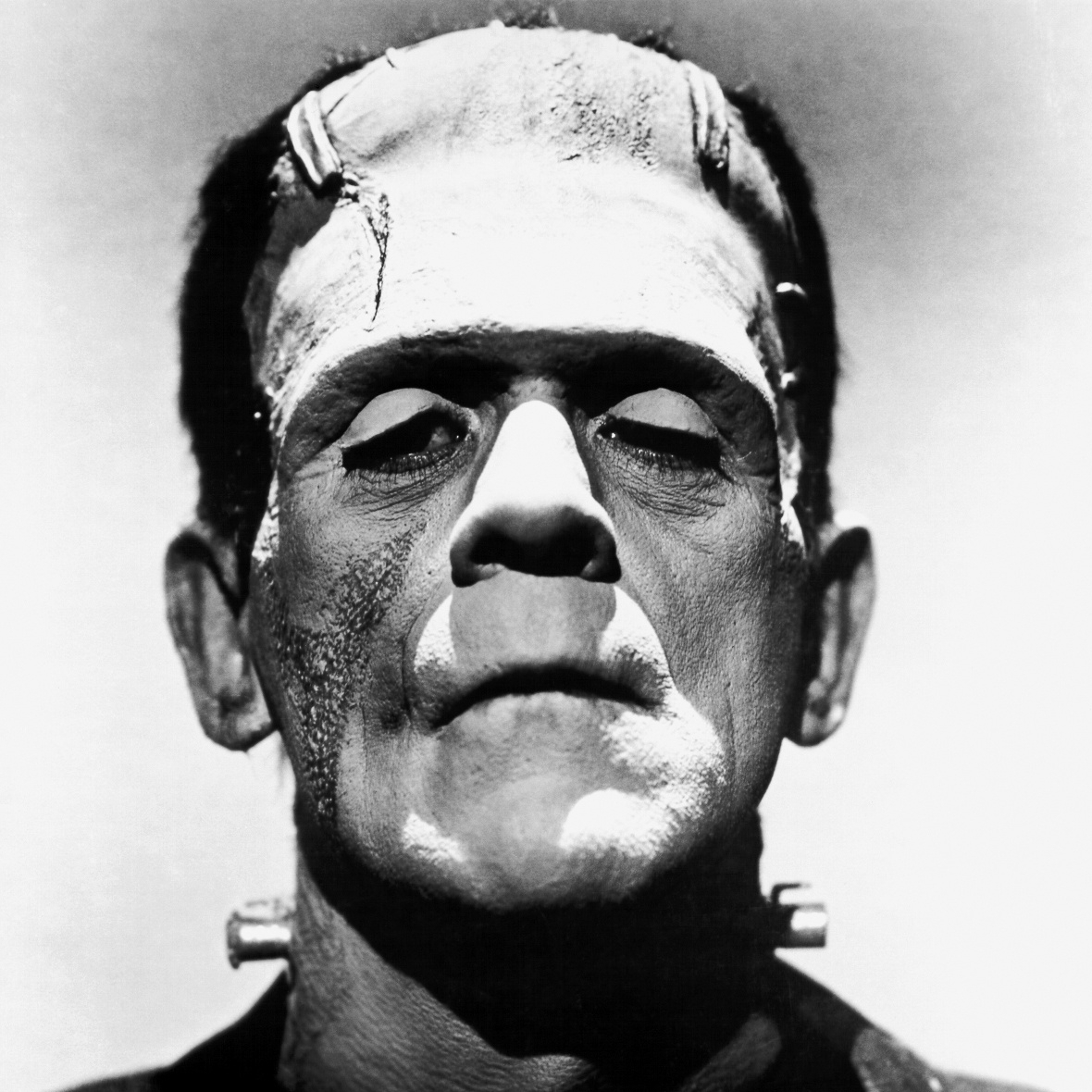 “You will rejoice to hear that no disaster has accompanied the commencement of an enterprise which you have regarded with such evil forebodings.”  This is the first line in Mary Shelley’s Frankenstein, published in 1818.  Even before this famous novel, many cultures were obsessed with the idea of sewing tissues and organs into and onto people’s bodies.  In more recent centuries, this practice has taken on a more medical aspect, where we fix the parts of people that become sick by replacing them.

Since before Galen began documenting human anatomy, people have been getting sick; infections, injuries,  amputations and autoimmune disorders, among other things would certainly have spelled death for the common person well into the 19th century.  Although we have come a long way, from Vesalius’ De Humani Corporis Fabrica to the discovery of blood types to successful transplants to the founding of tissue and blood banks; there are still major lifelong risks associated with life-saving transplants, and thousands of people are waiting for an organ they will never receive. 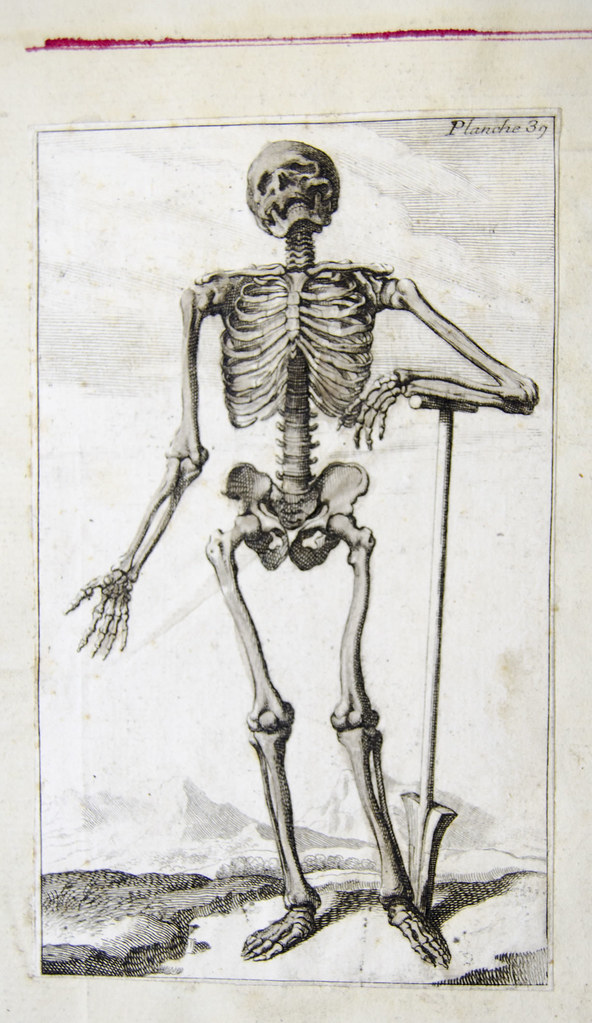 In Canada in 2014, there were 4,573 people waiting to receive an organ transplant, of these 300 died because they did not receive their vital organ on time. 2016 statistics for British Columbia showed that the most commonly transplanted organ was a kidney, and the second most common was a liver transplant.  Donated organs are matched to patients on the waiting list based on size of organ, blood type, and antigen presentation.  The antigens most commonly tested are the major histocompatibility complex (MHC) antigens and the human leukocyte antigens (HLA). Although immediate reception of a transplant is not required for all patients with a end-stage organ illness, it is often much more cost-effective than other treatment options.  For example, dialysis is an option for those with diminished or missing kidney function, and insulin therapy is a well known method for treating type 1 diabetes, which is an autoimmune disease where the body’s immune system attacks and destroys the insulin producing beta islet cells in the pancreas.  For others, such as people living with chronic obstructive pulmonary disease (COPD) who require a lung transplant, options are limited. Despite the severe deficit in available organs, there are still dark times ahead for the lucky few people who do receive an organ transplant.  It’s most likely that in the weeks following surgery, patients will be given many anti-rejection medications; immunosuppressants that will stop your body’s immune system from destroying the foreign tissue.  There are two types of immunosuppressants, the first are induction drugs, which are typically used during and immediately after the transplant, and sometimes before as well.  Induction drugs are usually short term medications, meant to stop the immediate, violent destruction of the foreign organ.  The second type of drugs are called maintenance drugs, these are for the long term, since your body’s immune system will never stop identifying your new kidney or liver as foreign, you will need to take this anti-rejection medication for the rest of your life.  Maintenance medication include antiproliferative, corticosteroid and calcineurine inhibitors, these medications seek to balance the suppression of the immune system, in an effort to stop transplant rejection without putting the patient at risk of  increasingly dangerous infections and diseases.  Even with immunosuppressants, it is possible for the body to reject the new organ, and a lifetime of mandatory medication can be costly, and has been correlated with the decreased quality of life of transplant patients.  There are three types of rejections, classified as hyperacute, acute and chronic.

Hyperacute rejection occurs very quickly, usually within the first 24 hours after a transplant.  This is usually initiated by pre-existing host antibodies that bind to antigens on the graft endothelium.  Once antigen recognition has taken place, the complement system, neutrophils flood the area, and coagulation is stimulated.  This inflammatory response can ultimately lead to prevention of graft vascularization, hemorrhage of the graft tissue and irreversible damage of the non-vascularized tissue from ischemia.  Pre-existing anti-bodies may be have been formed against the MHC agents received in blood transfusions or against the MHC antigens of fetuses from previous pregnancies.   Hyperacute rejection can be prevented by screening for anti-graft antibodies.

Acute rejection is not as aggressive as hyperacute rejection, since antibodies targeting the new tissues do not yet exist, but still usually occurs quite quickly after transplanting, usually after one week. This type of rejection is caused by identification of non-self  HLA.  HLA antigens appear on all cells, and are polymorphic, meaning that their structure is encoded by multiple genes.  Because of the highly variable nature of the HLA antigens, an exact match between donor and patient’s tissues is extremely rare, and often will only happen if the two people are identical twins.   It takes a week for the initiation of acute rejection because that is the time span required for T cells to differentiate and produce anti-graft/transplant antibodies.   T cells then mount an immune response against the transplanted tissues, initiating cell lysis, and inflammatory events, ultimately leading to transplant tissue necrosis.  Tissue damage can be decreased by medication with immunosuppressants and maintenance therapies.

The third type of rejection, chronic rejection, is the longest to take hold, occuring months or even years after the transplant was received.  Chronic rejection, although linked to the body’s immune response, it is not a direct attack on the transplant’s tissue.  Instead, chronic rejection involves the closing of arteries feeding the new tissues, technically called graft arteriosclerosis.  Often this is caused by an increase in fibroblast collagen production, or growth of smooth muscle.  Chronic rejection occurs similarly to the healing of a wound, but is accelerated and if not treated, can lead to ischemia of the graft. Most treatments are focused on hyperacute and acute rejection, and so chronic rejection is currently the prevailing cause of transplant failure.  Furthermore, in an effort to reduce the numbers of people dying on transplant waiting lists due to an inadequate supply of organ donors, there have been various attempts to procure the organs that will save people’s lives, either via non-human donors (xenotransplantation), tissue engineering, or organ cloning.

Xenotransplantation involves the transplant of a non-human organ to replace the patient’s failing one.  There are obviously some problems with this method, varying from compatible organ sizes to the increased immune response to non-human tissues, as well as the possibility of animal diseases jumping to humans that receive these transplants.  In xenotransplantations, there is a greater discrepancy between antigens presented in the donor and recipient’s tissues.  One such antigen is known as alpha-gal, and is present on the cells of many animal models, but not in humans.  Researchers are currently working to knock out these antigen markers on animal models, and although alpha-gal antigens have been successfully knocked out, many others still remain.  With continued work in stem-cell technology and therapeutic cloning, xenotransplantation remains a viable option for future organ transplantation.

Could this adorable face be the future of transplant science? image credit:PublicDomainPictures CC0

In special cases, such as when battling leukemia or lymphoma (cancer of the immune system), stem cell transplants are a common treatment option.  Diseased bone marrow is supplemented with healthy stem cells from a donor.  Although similar antigen matching procedures are undertaken for stem cell grafts, perfect matches are exceedingly rare, and rejection can occur.  However, when stem cells that form the body’s immune cells have been transplanted, there is a possibility of these newly created cells rejecting the host’s body. This is known as graft versus host disease, and is treated in much the same way as normal transplant rejection, with long-term immunosuppressants.

So what if, instead of transplanting a full organ, you could instead just replace organ function?  This is exactly what is in the future for tissue engineering, aiming to decrease and eliminate transplant waiting lists and tissue rejection.   For example, replacing the pancreatic beta cells in people with type 1 diabetes is a time consuming and difficult process that will often fail, since the body has already created antibodies against it’s own perfectly matched beta cells. A new idea, called islet encapsulation technology, was tested in human patients in 2014.  Insulin-producing beta cells, after being isolated from a donor’s pancreas, are sealed inside a microcapsule (smaller capsules have better surface area:volume ratios, as well as allowing for more of them to be inserted), most commonly made from alginate.  These microcapsules are then injected into the patient where blood plasma, but not cells, can diffuse through the polymer exterior, thereby granting the insulin excretion required by those living with type 1 diabetes, without allowing for recognition by the immune system.  This technology is a major breakthrough for diabetes patients, particularly since beta cells can only be extracted from deceased donors, and the encapsulation process makes possible the use of islet cells from non-matched human donors, and even from non-human donors.  Even more exciting, is the possibility of printing, or growing new organs from the cells of our own bodies.

Although daunting, life after transplant is possible, and can be highly rewarding, just as life was before the operation.  Here is the story of an opera singer named Charity Tillemann-Dick, who received a double-lung transplant.  The future of many fields of transplant research look very promising, from bioengineering, to stem cell research, to encapsulation technology.   The future of those suffering with end-stage organ failure can still be bright, and there are many avenues down which we have not yet traveled. (Here’s a bonus Ted talk about head transplants!).