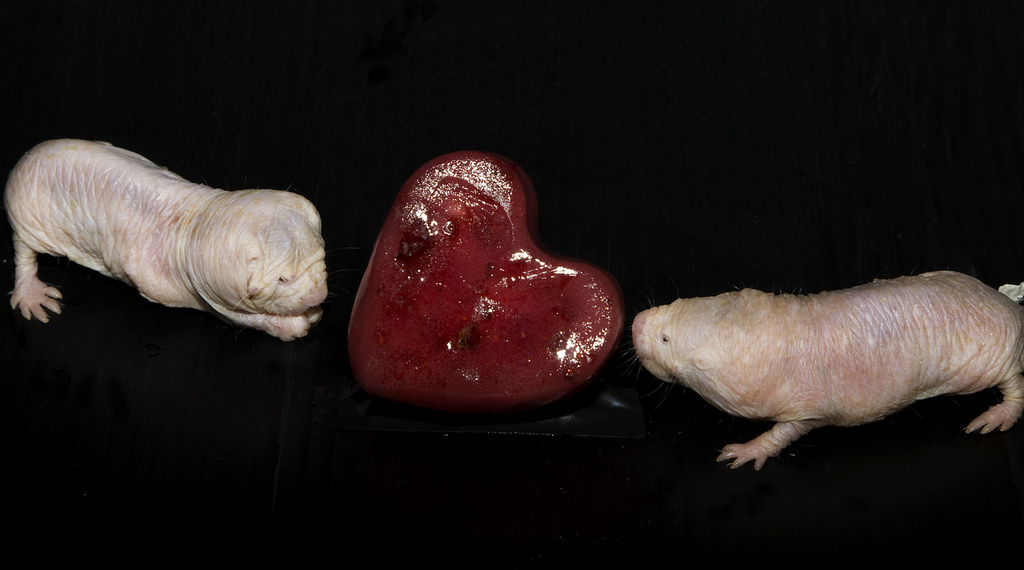 If we choose to look at the world through a bio-centric view, we can begin to see that the benefit of human interaction with other living creatures is hardly a one-way street; we have benefitted other animals in many of the same ways they benefit us. Even aside from all of the domestication of animals as pets, food, and resources such as milk and wool, there are myriad instances of symbiosis in which the humans gain nothing. Various insects and parasites such as mosquitoes, lice, and tapeworms gain nourishment from our blood and bodily tissues, these acts being annoying at best and detrimental to our health at worst, a topic to be expanded upon momentarily. In addition, there exist many carnivores, such as tigers, piranhas, and crocodiles, who do make human flesh part of their diet when it is available to them. So, while the food web can see us as either predator or prey in varying situations, we can also see animals as both causes and cures of many different diseases that have blighted our species over history’s course. 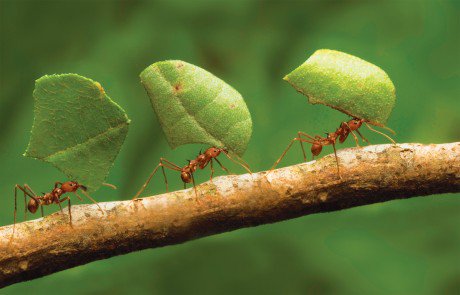 Figure 1. These red ants are known for decomposition of organic materials (such as the leaves they carry) and can turn up more soil than earthworms, making it healthier for plants to grow. Source: http://medimoon.com/wp-content/uploads/2014/02/zt-ants-ifc_01.jpg

Throughout time immemorial, animals have been infamous as carriers of some of the deadliest diseases known to man. The Black Death of the mid-1300’s, also known as the worst epidemic of the bubonic plague to sweep through our population, was found to be caused by the Yersinia pestis bacterium. This microorganism was extremely common in the rat population of Europe, who themselves were so ubiquitous that they were often referred to as the “house rat” or “ship rat.” In essence, this bacterium works by shutting down the communication system between the macrophage cell it is currently invading and any nearby immune cells. Of special importance for this cutoff are the six Yop proteins (name derived from Yersinia Outer membrane Proteins). These toxic molecules effectively block the phagocytic process normally assigned to such invaders, preventing their destruction and allowing them to spread throughout the host. Likewise, an innocuous mosquito bite can lead to serious infections such as the West Nile, yellow fever and Zika viruses. In this case, these illnesses are a closely related group of viruses that can spread through contact of bodily fluids, making blood-drinking insects the perfect vector for their proliferation. In particular, the Zika virus seems to have a tendency to infect (and therefore destroy) undifferentiated or immature cells, such as stem cells or developing brain cells in fetuses. This, in turn, can result in infants with microencephalopathy (underdeveloped brains) being born from infected mothers. Even when we are the ones doing the consumption we can get sick; aside from common maladies like food poisoning or allergic reactions, there have been multiple notable instances of much more severe diseases being spread through our food sources. Easily the most notorious example of recent memory is the mad cow epidemic some time ago – the ingestion of the beef of infected livestock leading to the lethal manifestation of the human equivalent, Creutzfeldt-Jakob disease.  The original affliction, formally known as bovine spongiform encephalopathy, is attributed to prions, misfolded proteins that spread their dysfunction to their properly formed counterparts. The spread of these malformed molecules leads to the deterioration of the brain’s tissues to due the inability to sustain and function properly from the lack of necessary proteins. Consequently, the patient experiences memory loss, dementia, and other psychological symptoms which eventually lead to death. 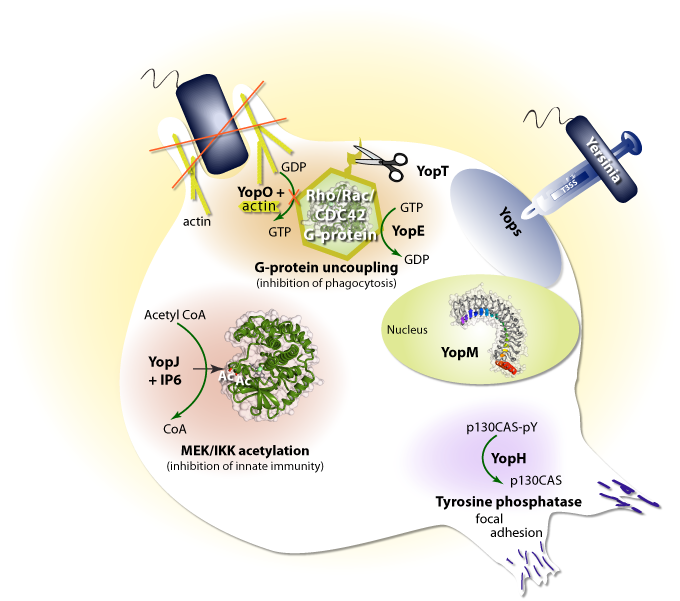 Figure 2. A quick overview of how bubonic plague (Yersinia pestis) shuts down the necessary communication for an immune response. Source: http://www2.mrc-lmb.cam.ac.uk/groups/hmm/Black_Plague/index.html

Naturally, these epidemics have become a part of our collective consciousness due to their sufficiently innocent causes and equally terrifying consequences. What may not be as well known, however, are the various studies being conducted to determine why certain animals are resistant to some of our more enduring diseases and how we as a species may benefit from their findings. At the forefront of this field is oncological research, as it has been found that some creatures are indeed resistant to at least some forms of cancer. One such species is, shockingly, the elephant. What strikes this phenomenon as truly surprising is the sheer size of these mammals in comparison to other organisms, requiring a massive amount of cells. Surely, this would mean a higher risk of cancer, but statistics show that only about 5% of the elephant population succumbing to deadly tumours and ensuing complications (as opposed to the over 20% mortality rate for humans). So, what is it that makes the pachyderm population much freer of cancer than humans? Recent studies led by Lisa Abegglen’s team have discovered that the elephant’s genome is much better than ours built to repair damaged DNA, which is known to have some carcinogenic effects. One specific gene that codes proteins for this task is TP53, present in 20 copies in elephant DNA. Again, compare this to the human genome, which has but a single TP53 copy. Compounding this incredible discovery is the fact that female elephants do not experience menopause. Why is this so important? Well, absence of hot flashes and mood swings aside, this means that calves born to older females are not at risk of grievous mutation or miscarriage as would be the case in menopausal human women. Another animal of interest in the scientific world for its stable health is, even more surprising than the elephant, the naked mole rat. Unlike its Rodentia family members, the naked mole rat has a very low cancer rate and a much longer lifespan. The research team led by Xiao Tian discovered that the fibroblasts of these rodents secrete a very high molecular mass form of hyaluronan (HA). Due to decreased activity of enzymes that degrade this protein, as well as a sequence for HA synthase 2 (HAS2), HA tends to accumulate in the animal’s tissues. It is believed that HA not only contributes to the high cancer resistance of the naked mole rat, but its famous stretchy skin as well. This is not the only facet of theirs to be studied, though; the increased disease opposition may also have a hand in their slow aging process and amazingly long lifespan for members of the rodent family. For comparison, naked mole rats have an estimated maximum lifespan of 32 years, whereas an ordinary mouse tops off at 4 years. Some have even gone so far as to call the naked mole rat a model for human anti-aging research. While this line of investigation has yet to find any tangible results, unlocking this secret could not only revolutionize our understanding of mortality and the aging process, but help us combat several deadly illnesses as well. 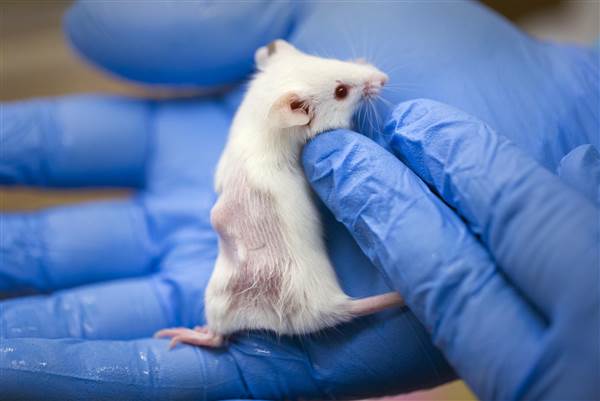 Figure 3. A lab mouse with a tumour from a human patient grafted onto its back. Despite being much tinier organisms, these little mammals are much more cancer-prone than elephants. Source: http://www.nbcnews.com/health/health-news/mouse-avatars-allow-cancer-patients-test-cures-n91941

While our relationship with the rest of the animal kingdom is far from simple, it cannot be denied that we have influenced each other greatly for as long as we have coexisted. While some species have brought about deadly epidemics, complicated pregnancies, and distrust of a natural food source, others have enlightened us about the nature of disease and aging. Human understanding of these phenomena, while having come a long way, still has a great deal of progress yet to be made if these discoveries are expected to affect our own health and life expectancy in any positive way.