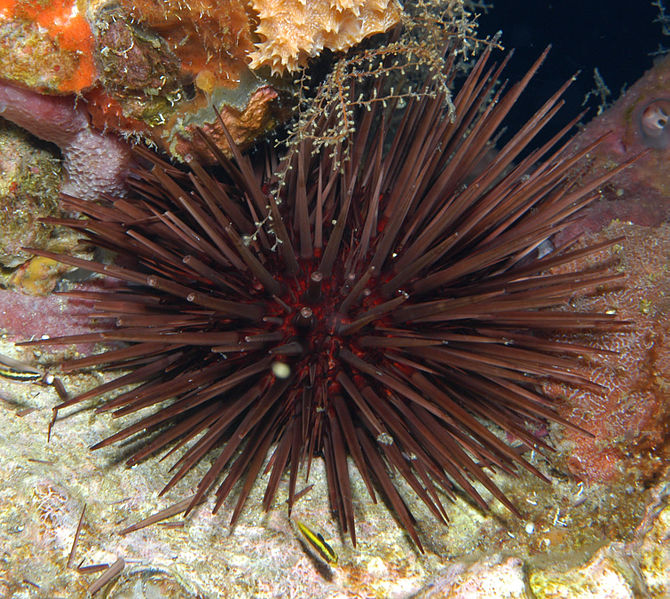 While a number of chemicals and drugs are incorporated into cigarettes and tobacco smoke, probably the most well- known is nicotine. Known for its addictive qualities, it has many detrimental health effects, including affecting pregnancy. While much research has been done on the impacts of nicotine on the developing fetus, and it is known that smoking can increase your risk of infertility, little is known about specifically nicotine’s effects on the fertilization process. However, in the 20th century, many scientists were performing experiments involving sea urchins. These experiments involved treating the eggs with varying nicotine concentrations and then inseminating them. Scientists would observe the fertilization process, and compare it to that of eggs that had not been treated with nicotine. It was discovered that this chemical can induce polyspermy in the sea urchins.

Polyspermy is a condition where an egg is fertilized by more than one sperm, which causes the zygote to die. Normally the process is stopped by a fast block and slow block process. The induction of this condition was found in a number of sea urchin species, including the green sea urchin, (Also known as the shore sea urchin or Psammechinus milaris) and the Atlantic purple sea urchin (Arbacia punctulata). (Though often referred to as simply the purple sea urchin, this species is not to be confused with Strongylocentrotus purpuratus, whose common name is also the purple sea urchin.)

How Does Nicotine Cause Polyspermy?

The exact mechanism for the induction is not yet understood, and is an area of great controversy in the scientific community. Hypotheses have been generated using the drug’s many discovered effects on the interactions between the gametes.

Firstly, nicotine appears to enhance the binding of sperm to an egg. It seems to cause the process of fusion to become more stable, which allows more than one sperm to fuse with an egg. This is irreversible, which prevents the multiple sperm from detaching.

Rothschild and Swann (1950) found that pre-treating the eggs with nicotine had no effect on the speed of spermatozoa. They suggested it must affect the fast and slow polyspermy blocks, with the reasoning being, if the sperm aren’t moving faster, then the blocks must be moving slower or being inhibited. There are multiple theories revolving around what is happening, and the role nicotine plays. One observation involves the sea urchin egg’s electrophysiological properties. When unfertilized eggs are exposed to nicotine, it changes the egg membrane’s current voltage relation.  This shift results in a reduction of the fertilization potential value. This is an electrical property of the egg plasma membrane, responsible for decreasing the chances of multiple sperm entering.  The reduction of the value results in the fast block polyspermy becoming impaired.

With regards to the slow block polyspermy, some believe that nicotine has an impact in some way on the cortical reaction. Some experiments have found that the process actually proceeds quicker when exposed to nicotine. While this may sound like something that would cause a decrease in polyspermy, sperm have been found to still be able to enter eggs treated with nicotine after the vitelline membrane has risen away from the egg’s plasma membrane and become the fertilization membrane. How this is possible is unclear, though some hypothesize that nicotine inhibits cortical granule protease or cortical granule secretion in some manner.

Those are just a few of the observed effects nicotine has on sea urchin fertilization that are possibly responsible for inducing polyspermy. And while interesting, some may think these findings have no effect on humans. However, sea urchins are very important model organisms for understanding developmental biology, including fertilization. So is it possible that these findings could be applied to human fertilization as well? The effect of nicotine on mammal polyspermy has not yet been determined. But with the number of humans that expose themselves to this chemical through smoking or trying to quit, it would be a worthwhile area of research to look into. Nicotine induced polyspermy could be another factor to add to the giant list of reasons that this habit causes complications when a couple that smokes decides to try to start a family.

The fountain of youth is full of lobsters, or, the unclear relationship between telomeres, telomerase, and aging.