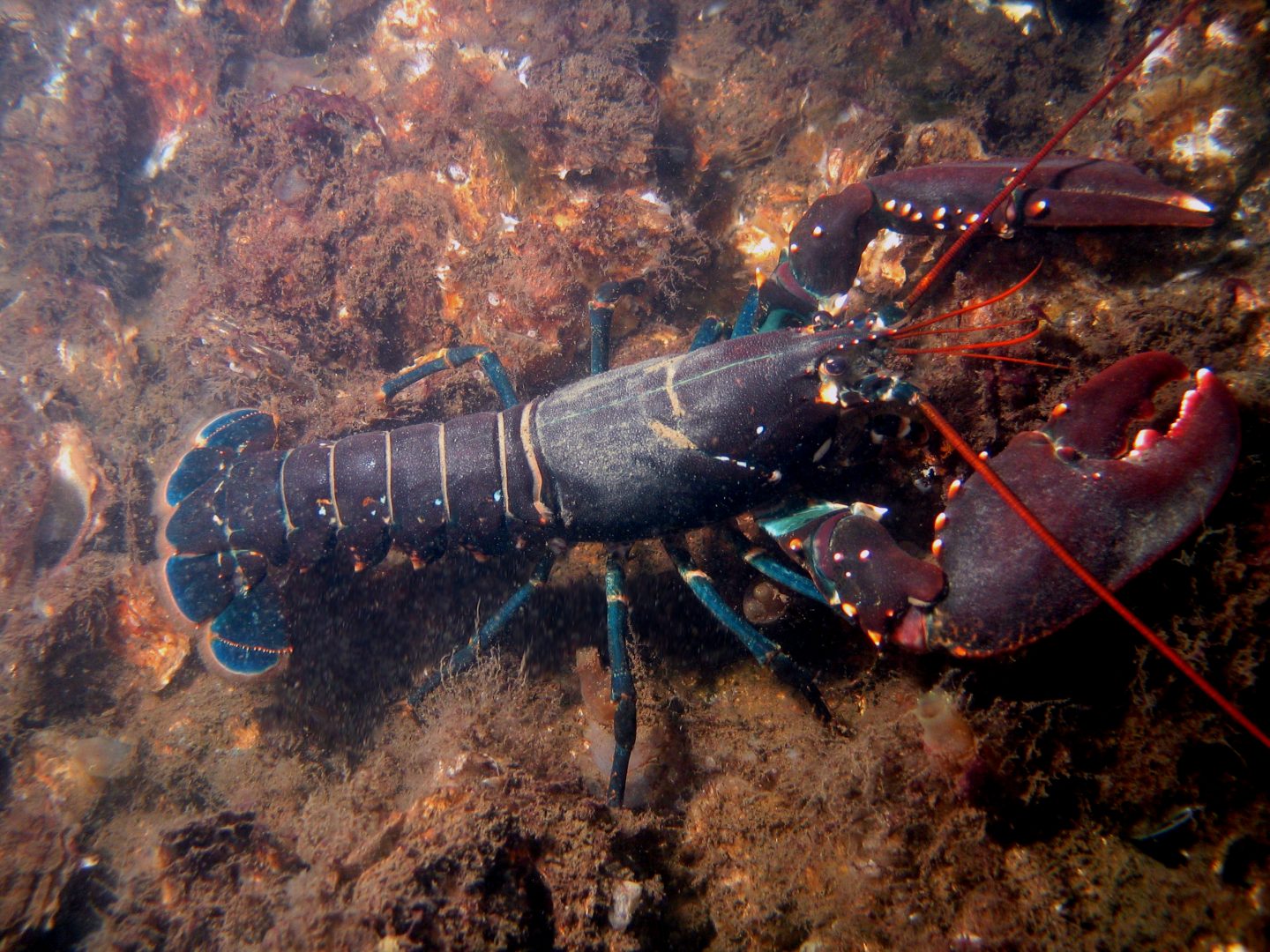 Citizen Snips: The key to a longer life (https://upload.wikimedia.org/wikipedia/commons/0/0b/KreeftbijDenOsse.jpg)

The fountain of youth is full of lobsters, or, the unclear relationship between telomeres, telomerase, and aging.

“There is a fountain of youth: it is your mind, your talents, the creativity you bring to your life and the lives of people you love. When you learn to tap this source, you will truly have defeated age.” 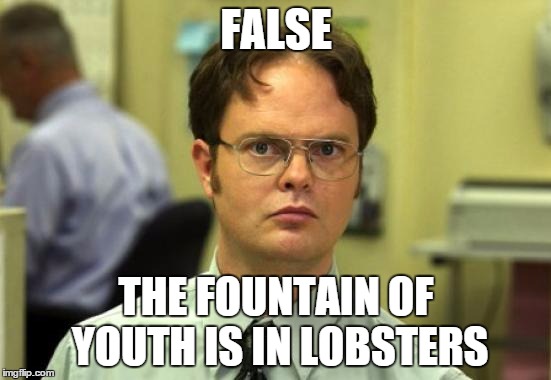 Ask almost anybody, and you are bound to hear a similar sentiment that the process of aging is an inescapable reality in most things, and human beings are no exception to this. As is readily visible from the age diversity among the population, aging has physical, and quite literally life-changing effects on us. At first glance, or at least upon first exposure, aging does not seem inherently bad. Up until a certain threshold age, we grow taller, stronger, smarter, and faster as we grow older, and as we grow older, we learn and experience so much. Eventually though, the aging process stabs us in the back, and rewards our lifelong commitment to it with atrophying muscles, bones decreasing in mass, restricted joint movement, visibly less elastic skin, and a progressively less effective, more easily compromised immune system. Despite its optimistic beginnings, aging is in a sense a death sentence served to us the moment we are born. This begs the question though: why is it that we age?

The answer to this age-old question (pun absolutely intended) may rest in our DNA, specifically within our telomeres. As you may recall, telomeres are the repeated end-sequences of DNA on chromosomes that protect our genetic data.  Not unlike the plastic protectors on shoelaces, telomeres protect your chromosome ends from fraying and sticking to each other, as well as preventing your important genetic information from decreasing in size with each cell division that takes place. The natural consequence to this is that your telomeres become shorter with each round of cell division, as the nature of DNA-replicating apparatuses are ineffectual in replicating the entirety of your DNA. So what does the shortening of telomeres have to do with aging? Admittedly, science is not quite sure. There definitely seems to be some sort of relationship between telomere shortening and aging if, among other sources, geneticist Richard Cawthon and the University of Utah are to be believed. The key mystery that needs resolution presently is whether shorter telomeres are a symptom or cause of aging. Cawthon’s research suggests that lifespan could be increased by increasing the length of shorter telomeres in people.

But what if I told you that you, or more specifically your body, had the means to elongate its telomeres? What if there were some sort of miracle enzyme that could solve all your problems?

If I told you that, I wouldn’t technically be lying, but it would be slightly misleading. The body does have such an enzyme, known as Telomerase (or Telomere Terminal Transferase, T3). Found in fetal tissues, adult germ cells, and interestingly, tumor cells, telomerase elongates the end sequences of chromosomes by adding TTAGGG sequences. In somatic cells, telomerase activity is largely undetectable. One school of thought on why our cells age views this relative inactivity as directly contributing to cellular age, which in turn yields the consequence of why our body ages. Support for this line of reasoning include the Hayflick Limit, a concept describing how a normal human cell can only replicate/divide an average of 50 times before it no longer can. This supposed limit on division could in fact be imposed by progressively-shortening telomeres with each round of division. This limitation is thought to be representative of cellular aging, especially since cells past this limit of division will break down by programmed death or apoptosis.

Figure 2. A representation of the Hayflick Limit relating cell division and shorter telomeres.*

I know what you are probably thinking: “Well gee, if I had more telomerase activity in my somatic cells, I could live forever and life would be great”. That seems like a reasonable conclusion to reach, but  life, in its infinitely cruel and magnificent splendour is ready to rain down all over that parade.

Remember how telomerase is active in tumor cells? Well, it turns out that it’s not only active in tumor cells, but considerably moreso than in regular cells. The high level of telomerase activity, as much as 10-20 times that of normal body cells, is thought to convey a certain sense of immortality in cancer cells, allowing them to divide indefinitely since their telomeres over time do not restrict their ability to continuously divide (see Figure 2). Thus, having excessive amounts of telomerase activity in our somatic cells may drive them towards becoming cancerous, and this is perhaps why we instead see very little telomerase activity in our somatic cells, or why they can only divide a finite number of times – to avoid becoming cancerous. Along with their insistence on breaking all the rules and checkpoints associated with cell division, this elevated telomerase activity makes cancerous cells both a remarkably powerful biological force to be reckoned with, and a truly terrifying occurrence to host within your body.

So you’re probably wondering at this point, just where exactly do lobsters fit into this? A reasonable amount of research has found that the telomeres of lobsters do not shorten and are not subjected to the same cellular aging process that we are. Though it is difficult to ascertain the ages of lobsters, there seems to be a clear trend in lobsters that they become larger and more fertile with age, and therefore never die from “age” per se, but only when eaten, crushed, or because their metabolism cannot keep up with their demands. There is some mystery to just how this is possible, but through some means the biology of lobsters seem to have the best of both worlds: high telomerase activity and a long life without a cancerous death sentence.

The only certainty at this point is that as humans, we are all subjected to the aging process. There certainly seems to be some sort of correlation between telomere-shortening and the process of aging, and there also seems to be an ideal balance between (nearly) zero and cancerously-excessive telomerase activity for us to live the longest lives we can. Further research could and should look into this balance. In the meantime, if there is only one message you take away from my blog post today, it is that we as human beings should change our ways and begin to make peace with the lobsters. We must earn their trust if we truly wish to unlock the secrets of biological immortality, because clearly they know something we do not.

Figure 3. The B-52s, a musical ensemble… or a lobster-awareness-raising activism group ahead of its time?* 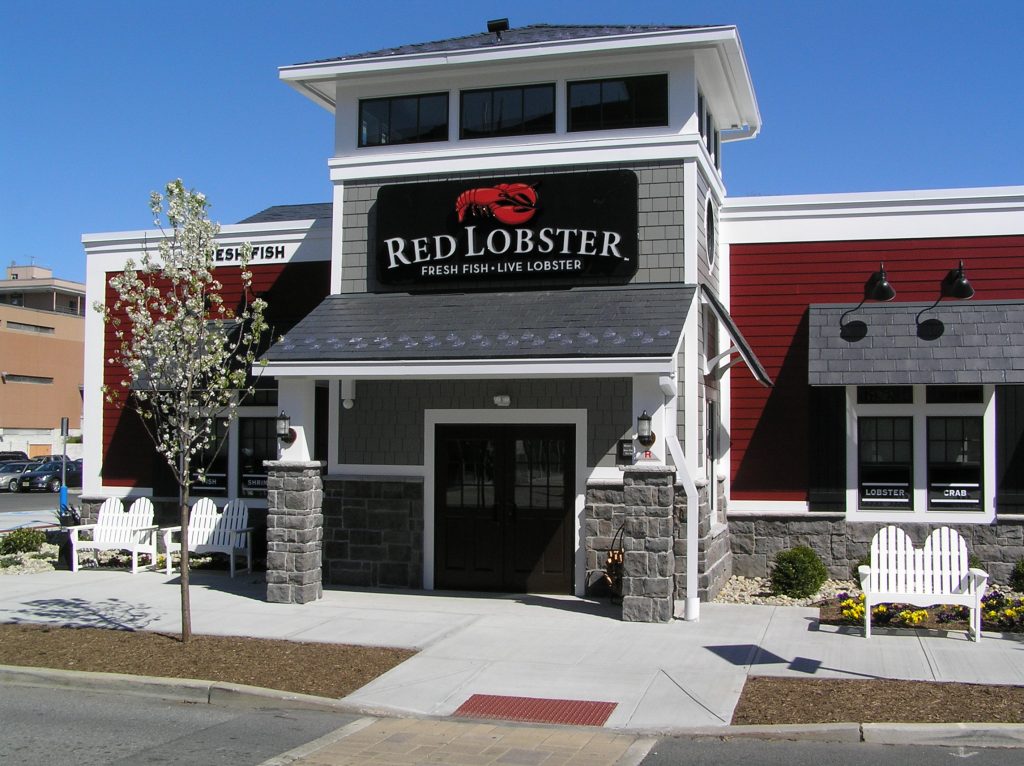 Figure 4. A delicious establishment that is the responsible for the shortening of human lives for (now) more than one reason.*

The Tale Of Two Stories: Tel/Etv6 Learns to Regenerate or Over Proliferate…