The C-word – No one likes talking about cancer. One minute a person may be living a healthy, active lifestyle, to the next…hearing the life-altering words “you have cancer”. To many, getting cancer feels like the ultimate betrayal. Unfortunately, cancer is a disease that a majority of Canadians will be directly or indirectly affected by in their lifetime. As of information garnered by Statistics Canada, it is estimated that 50% of Canadians will be diagnosed with cancer in their lifetime. Cancer is insurmountably complex. Even with decades of research, it seems the more information we gain, the more remote the possibility of a cure becomes.

Cancer is a disease characterized by unregulated growth of abnormal cells in the body. These cells also have the capacity to spread to other parts of the body from their original position. This begs the question of how healthy cells transform into these large, physiologically intrusive masses? Within our bodies, there is an unrelenting battle unfolding between our immune system and potential cancer cells. Our cells are unceasingly subject to assaults that cause DNA damage including UV radiation or errors made during DNA replication. Many people are surprised to find that right now, they have cells in their bodies that could develop into cancer. However, these cells are not given the opportunity to, as a result of your immune system’s crusade to eliminate all “misbehaving cells”.

Oftentimes the immune system can effectively clear cancer cells from our body. It is when the amount of abnormal cells overwhelms our immune system’s ability to clear them effectively that cancer begins to thrive. So how does our immune system distinguish cancer cells from otherwise healthy cells? Cells that have acquired mutations have different gene expression patterns than healthy cells. Abnormal DNA expression results in the formation of compounds called cancer biomarkers. These compounds, when present on cell membranes or in the blood, signal to the body the presence of disease. Many of these biomarkers, called antigens, are present on cell membranes and are recognized by receptors on immune cells.

Ongoing research and new technological advances in the field of immunology have made the prospect of fighting cancer with our own immune cells more promising. Recently, immunotherapy has gained some traction in clinical oncology as a novel treatment method that differs substantially from current treatment methods. These advances have resulted in scientists identifying the chimeric antigen receptor (CAR) as a potential target for precision immunotherapy.

CAR T-cell therapy involves removing cancer fighting immune cells (T-cells) from the body and modifying them in a lab to more easily target antigens present on cancer cells. The immune system is designed to recognize and destroy substances that do not belong in the body. T-cells do this by binding to antigens on the surface of abnormal cells using T-cell receptors. Upon binding, T-cells signal to the rest of the immune system that something is wrong and helps orchestrate an immune response to destroy the imposter. The cell membranes of cancer cells are covered in antigens. However, T-cells can sometimes have a more difficult time recognizing these cells as foreign. CAR T-cell immunotherapy genetically modifies T-cell receptors in such a way that they bind more easily to cancer antigens, producing an enhanced immune response to targeted cancer cells. 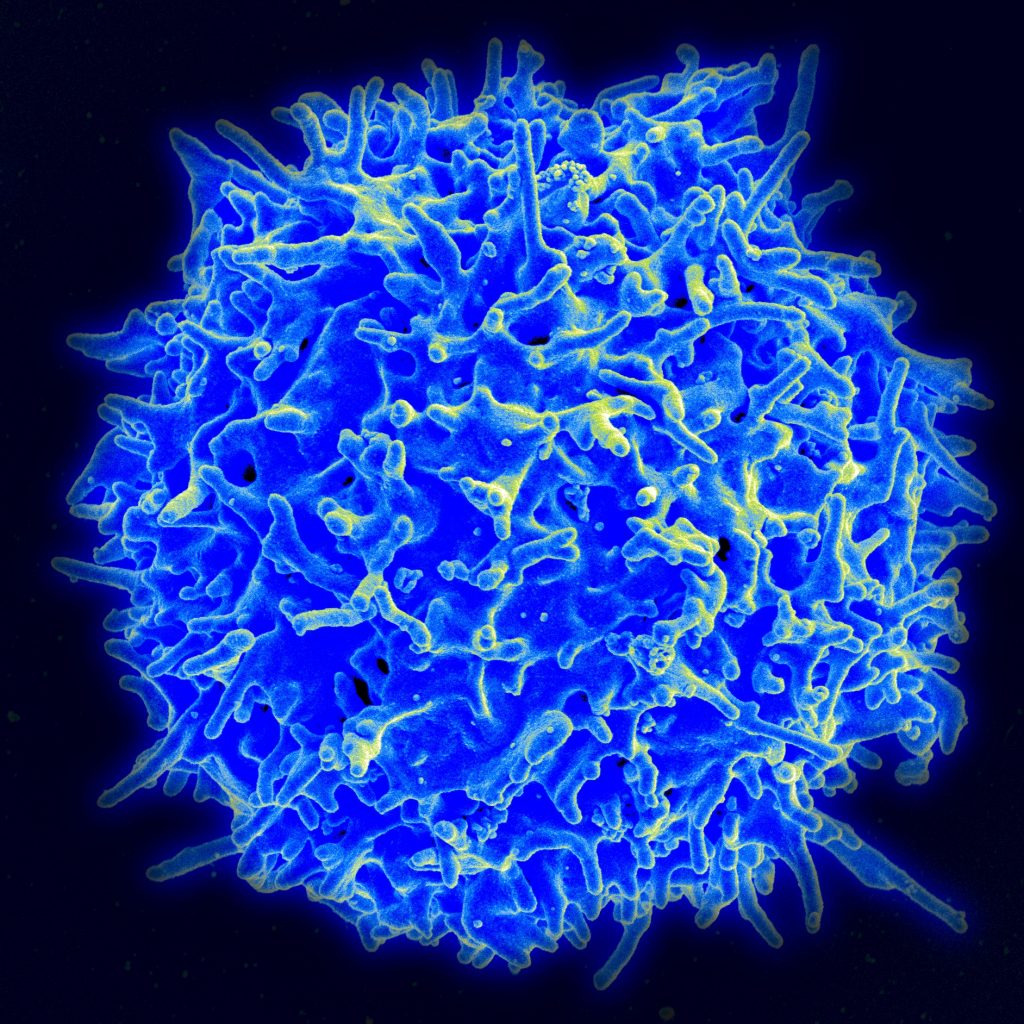 A patient’s T-cells are genetically engineered to express a man-made receptor (CAR receptor) on their cell membrane. CAR receptors are engineered to recognize antigens that are specific to the patient’s cancer type. For example, certain types of leukemia and lymphoma have an antigen on their cell membrane called CD19. The patient’s T-cells are modified in the lab to bind to CD-19 only. Once these cells have been modified to target a specific type of cell, they are grown in a medium in quantities of hundreds of millions and are then infused back into the patient’s body where they begin to launch a coordinated and highly specific attack against the cancer.

In Canada, teams of doctors and researchers are hoping to start CAR T-cell clinical trials in Ontario and British Columbia in 2018. CAR T-cell therapy is currently approved in the United States by the FDA for the treatment of recurrent acute lymphoblastic leukemia (ALL) in children and young adults and types of recurrent large B-cell lymphoma. Clinical trials have shown to be effective for some patients, with some going into remission. However, clinical trials have been restricted to treating advanced, treatment resistant blood cancers. 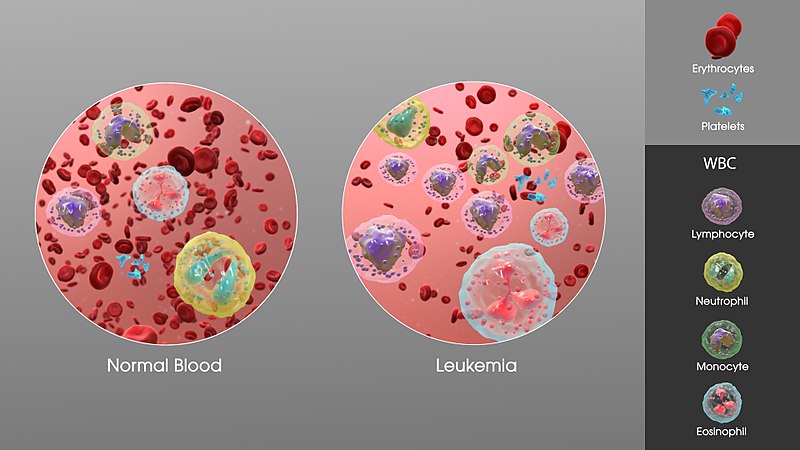 The result of this therapy on kids and young adults with ALL has shown extraordinary success. This is an especially important breakthrough since relapsed ALL is the leading cause of mortality for childhood cancers. This therapy has allowed patients who would have otherwise been considered terminal to live in remissions with good quality of life up to 5 years later. Unsurprisingly, there is ample enthusiasm around this novel technology. However, every good thing comes with a catch. Like all cancer therapies, it harbours some dangerous side effects. The most common of these side effects is cytokine release syndrome (CRS). T-cells exert their functions by releasing messengers called cytokines that help stimulate an immune response. Some patients who have undergone CAR T-cell therapy experience a massive release of cytokines that can cause extreme fever and dangerous drops in blood pressure (hypotension). 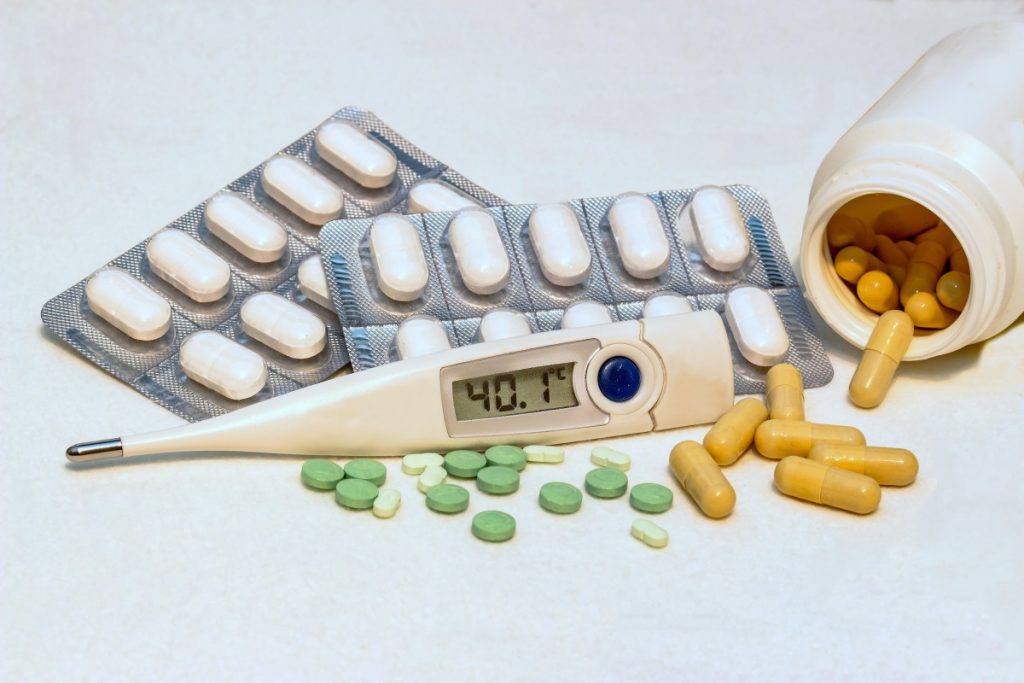 Figure 3. Thermometer showing a fever. The image is released free of copyrights under Creative Commons CCo. Attribution not required

With any new technology, there is always a trial period where researchers and medical doctors need to sort out some kinks in the system. Although not perfect, CAR T-cell immunotherapy may be the future of precision cancer treatment. All of this to say, bringing new technologies from the lab bench to the patient is exciting but presents many unforeseeable challenges. However, with therapies like CAR T-cell immunotherapy, it gives us hope that one day we will be able to take back the C-word.

This work by C. Swinton is licensed under a Creative Commons CC-BY Attribution 4.0 International License.