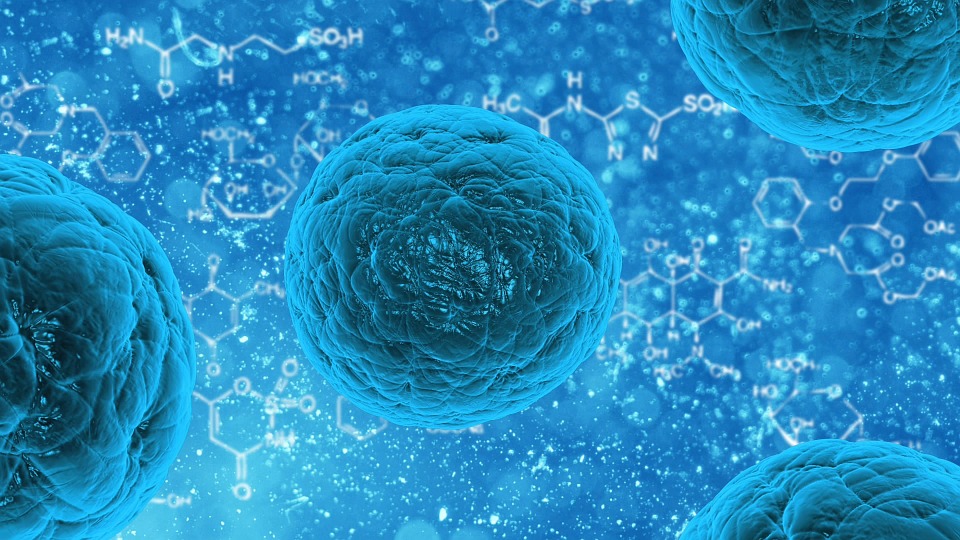 Recently, there has been an immense amount of research regarding stem cell technology. From helping restore sight, to providing grafting treatments for burn victims, the medical applications of cell-replacement technology using stem cells seems endless. Induced pluripotent stem cells are adult cells that are reprogrammed to possess the qualities of  embryonic stem cells. This allows the stem cells to differentiate and become cells belonging to any of the three primary germ layers. Another recent application of stem cell technology involves using induced pluripotent stem cells to create β-cells for patients with Type I Diabetes. What are β-cells? What is Type I diabetes? Why does this matter? By the end of this blog, you will hopefully have the answers to all of those questions.

As many people know, Type I Diabetes is an autoimmune disease where a person’s own antibodies attack their pancreas. The antibodies specifically target the islets of Langerhans cells located in the pancreas. There are four types of islets of Langerhans cells which include alpha, beta (β), delta, and C cells. Each cell type has a different function. The beta-cells produce insulin which is a hormone that promotes body cells to uptake glucose when blood-glucose levels are high. Alpha-cells differ because they produce the hormone glucagon which causes the liver to release glucose when blood-glucose levels are low. C-cells do not have a known function and delta cells’ role is also unclear.

Since Type I Diabetes causes the destruction of β-cells, people with the disease are unable to produce insulin, or have a severe reduction in insulin production. Without insulin, the pancreas is unable to communicate with the body cells to begin taking in glucose for energy production. Insulin causes multiple metabolic pathways to occur, but one of the main methods for glucose uptake is by the GLUT4 transporter (Figure 1).

The GLUT4 transporter pathway begins with the β-cells of the islets of Langerhans producing insulin and storing the hormone in secretory vesicles near the cell membrane. After eating a meal, blood glucose levels will rise which causes these secretory vesicles to fuse with the cell membrane and release insulin into the bloodstream. Insulin can then bind to insulin receptors on the body cells which are tyrosine kinase receptors  (Figure 1). The tyrosine kinase receptor autophosphorylates which activates the receptor’s kinase activity thereby phosphorylating insulin receptor substrate proteins which then recruits PI-3 kinase. PI-3 kinase then converts phosphatidylinositol (4,5) P2 to phosphatidylinositol (3,4,5) P3. PIP-3 can then activate protein kinase Akt which causes the GLUT4 transporter to translocate to the plasma membrane. GLUT4 is a glucose transporter that allows glucose from the bloodstream to flood into the cell, so glycolysis can begin (Figure 1). 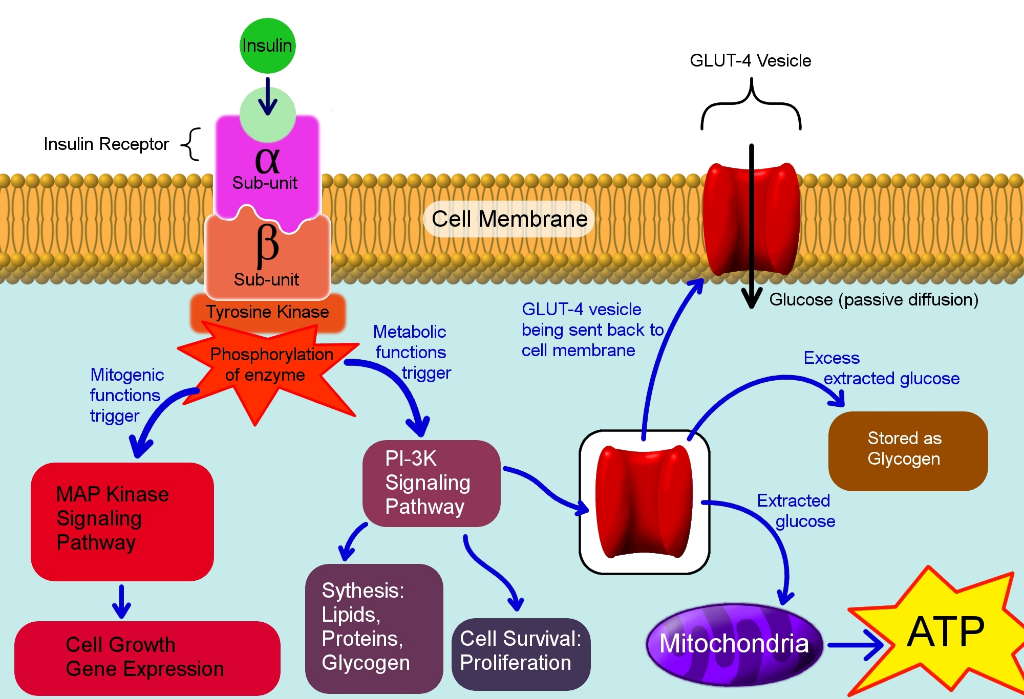 The GLUT4 glucose transporter is only one example of a pathway that is activated by the hormone insulin. Due to the multiple effects insulin has on glucose metabolism, Type I Diabetes research is extremely important.

Current treatment for Type I diabetes has been around for a few years now.  Due to the discovery of insulin in 1921 by Frederick Banting, a Canadian physician, and a medical student Charles Best, there has been great success in treating this disease. By injecting patients with insulin, their cells are able to respond and allow the uptake of glucose into the cells to occur. Although this treatment works, it is still not ideal for those who suffer with Type I diabetes. It is great that fewer people are dying due to the disease, but constantly having injections or carrying around an insulin pack is still an inconvenience. This is why researchers have begun to investigate different treatments for Type I Diabetes.

Millman et al. have continued previous stem cell research for treating patients with diabetes. Previously, stem cell derived β-cells from donors have been transplanted into diabetic patients. Since β-cells are destroyed in individuals possessing Type I Diabetes, transplanting new and healthy β-cells could be another strategy for controlling glucose metabolism. Using a donor’s stem cells is known as an allogeneic transplant which can unfortunately have side effects. Since the cells are not derived from the patient, the patient must be on immunosuppressants in order for their body to accept these foreign β-cells. Due to this complication, Millman et al. decided to compare stem cell derived β-cells from people with and without Type I Diabetes.

Unfortunately, the cause for Type I Diabetes is still unknown, but many researchers believe genetics might play a role. Different viruses and environmental factors might also have an effect on the development of Type I Diabetes. Further research with stem cell technology can hopefully provide a better form of treatment, so people with diabetes can have an improved quality of life.

This work by Ariel Zacharias is licensed under a Creative Commons CC-BY Attribution 4.0 International License.