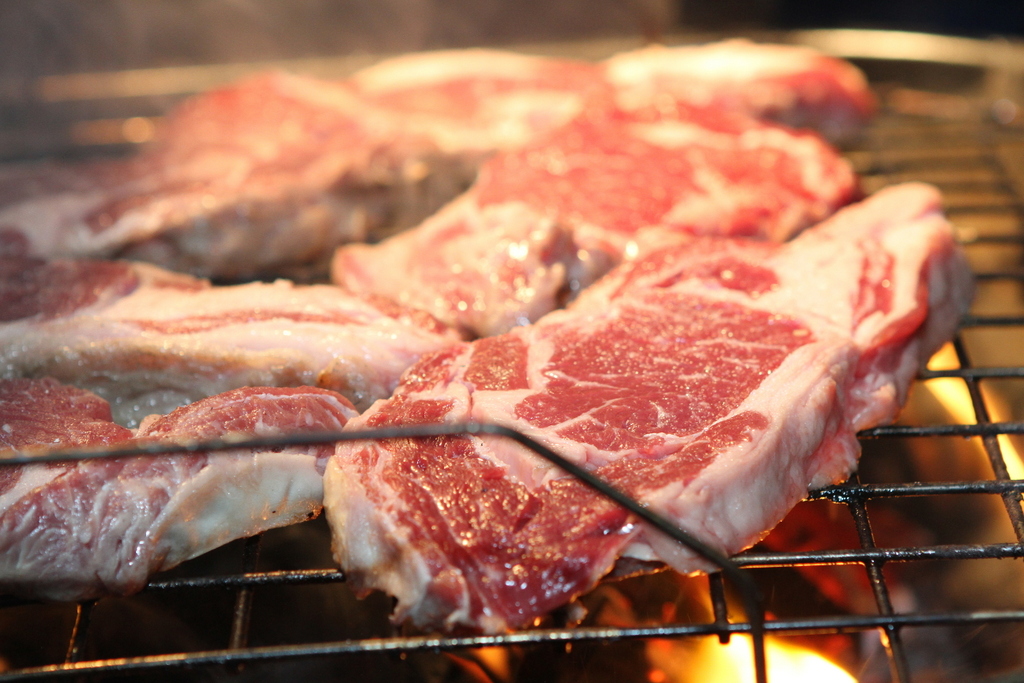 After a long day of hiking, you reach your destination and you notice a small, blood sucking hitchhiker on your arm. It’s a tick, and you remove it carefully, thankful it didn’t take too much of a blood meal. You get a little worried about Lyme disease and vow to see your doctor for treatment if needed. You develop the typical ‘bullseye’ rash associated with the early stages of Lyme disease. The typical treatment is a course of strong antibiotics and you carry on with your life. 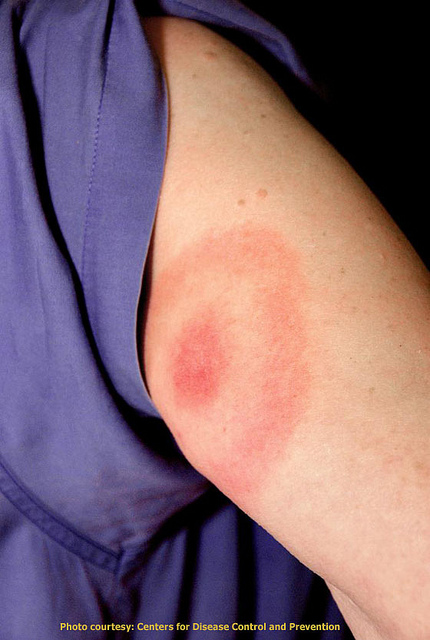 The next week you’re out with your friends for a BBQ, and as you eat steak, you begin to vomit and develop hives almost 3 hours later. After looking around for any of your allergy triggers, you get confused as what could have possibly done this to you. The answer lays with your immune system and the galactose-alpha 1,3 galactose (alpha gal) sugar associated with red meat. But first, lets review our biology on ticks.

Ticks are vectors of many pathogens due to their parasitic interactions with many different vertebrate hosts during their life cycle. Consequently, they become full of viruses, bacteria, protozoa, and fungi. In fact, as the tick feeds for extended periods, it interacts with its vertebrate host and can suppress the host’s immune system by slowing down the immune response. It does through saliva secretion that contains a protein that binds up interleukin-2 (IL-2), a protein that some immune system cells need to replicate and engage. This process slows the immune reaction and allows diseases to infiltrate the body. In summary, most tick bites cause some sort of allergic reaction at the time of being bitten, whether it be hives or rashes.

However, one species is a little different.

The Lone Star tick (Amblyomma americanum) is a water tick found typically in the northeastern United States and in Mexico, but due to climate change it is now being found in Canada (New Brunswick and Ontario). The Lone Star tick takes a blood meal from a mammal, and then proceeds to bite you, and this triggers your immune system to react to the incoming threat of a foreign substances. One of these substances is alpha gal, a carbohydrate compound synthesized in the mammalian body by the glycosylation enzyme alpha-1,3-galactosyltransferase. The gene responsible for producing this enzyme is inactivated in humans and Old World primates and thus alpha-gal is not found in the human body. 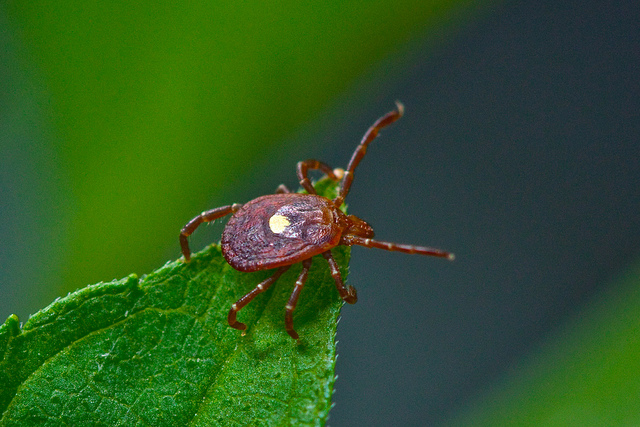 Lone Star tick named for the ‘Texas Lone Star ‘ on its back. Anybody else find it ironic that a tick named after Texas prevents people from eating BBQ ?  (Photo by Joshua Allen (CC by NC-ND-2.0))

Our bodies engage an active immune response to the presence of alpha gal like any other foreign invader,  and create IgE antibodies, the typical antibody associated with allergic reactions.

Later, when red meat is ingested, alpha gal can trigger a variety of allergic reactions in the human body. The deadliest of these is anaphylactic shock. Alpha gal syndrome has been associated with 2 distinct forms of anaphylaxis an immediate anaphylaxis during first exposure to the meat antigen and a delayed-onset anaphylaxis up to 3 to 6 hours after ingestion of red meat (eg, beef, pork, gelatin). Scientists are still puzzled as to how the Lone Star tick is the only species of tick to engage this response when all ticks should carry alpha gal due to similar blood meal hosts.

This reaction was first documented in 1989, but little research was continued until 8 years ago and many medical professionals are still unware of it’s effects. Most allergic reactions present immediately, and therefor alpha gal ‘violates all the rules’ due to the puzzling 3-6 hour delay. A study on the diagnostic ability of healthcare professionals on an alpha gal allergic reaction showed poor results. After over 100 medical encounters, only 9% were diagnosed correctly. If you want to be diagnosed, a blood test by an allergist is needed.

Over the counter antihistamines can be used for minor reactions, and epinephrine is used if the reaction is severe. A cure to be able to consume red meat again without a reaction is still unknown. It’s  also still unknown how long this allergy can remain hypersensitive in the body, however scientists believe that it isn’t chronic, and it may just require time to reduce the degree of response.  However, getting bitten again by a Lone Star tick can still re-activate the response, and as well as build on the already present cluster of antibodies available. It is also important to avoid dietary triggers, such as dairy or poultry as both have been shown to contain alpha gal through cross contamination.

Prevention is knowing the distribution of the Lone Star tick, how to properly remove a tick, checking yourself for ticks after hiking, wearing appropriate clothing, and to apply bug spray when hiking.

Overall, an alpha gal allergy isn’t fun as it robs you of BBQ, but in way it’s good for your waistline as you can focus on plant-based protein 😊

This work by McKenna Edmand is licensed under a Creative Commons CC-BY Attribution 4.0 International License.