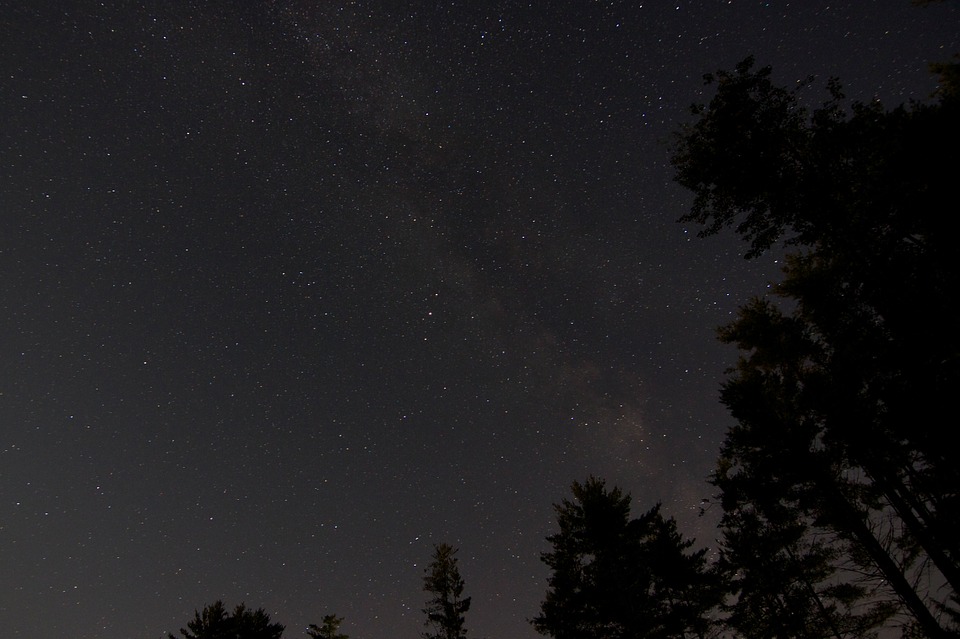 Life can be pretty exhausting. Whether you are a full-time student, a full-time worker, or even just a full-time videogamer, you can be constantly experiencing sleep deprivation. But is being sleep-deprived second nature to some of us? It is common in our society to hear sayings such as: “sleep is for the weak” and “you can sleep when you’re dead” when it comes to either being overloaded with work or when your friends are trying to convince you to go out and party. But what kind of physiological pathways are we overworking, and what kinds of repercussions are we facing when we decide to “pull all nighter” or when we only get 3-5 hours of sleep two days in a row?

Sleep Deprivation (SD) can arise from many factors, especially being stressed during exam week. However, most students have stated in a survey that they can feel excessively over stressed during the school year with the overwhelming amounts of school work, and social events they commit to going to. It has been reported that approximately 20 percent of students have been found to pull all-nighters at least once a month and 35 percent stay up past three in the morning once or more weekly(1). It is no shocker that caffeine consumption or other drugs are utilized in order to stay coherent during the crazy exam period!! 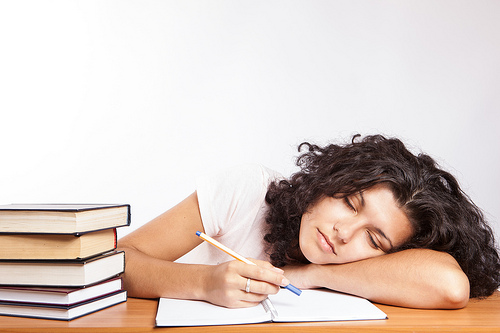 Figure 1: The perfect photo expemplifing your body’s call for sleep, while trying to “cram-study”. CC: BY-SA 2.0 by College Degrees 360.

We have all been lectured about SD and it is well-known that the recommended amount of time to get a good sleep is approximately 7-9 hours of sleep a night (although sometimes I think that is wishful thinking). Sleep is crucial, since it helps with growth, homeostasis, and long-term memory function. But yet we still pull all nighters, especially when final exam season rolls around. We have no problem sacrificing our sleep and mental health so we can continuously study, although it may have many potential detrimental effects. We still take sleep for granted…

There have been numerous studies performed on the cognitive processes that occur while we are fast asleep. It has been found that SD can affect the consolidation of memory. There are more discoveries between certain regions of the brain and its relationship with memory function. The hippocampus has been known to be extremely involved in the function of memory.

A Little Bit of History of the Hippocampus:

The hippocampus became known as the brain region responsible for long term memory back in 1953 when a man named Henry Molaison (other wise known as H.M) underwent a risky surgery to remove most of his hippocampus in hopes of treating his epileptic seizures(2). H.M’s surgery was successful in alleviating his seizures, however, it removed his ability to produce new long-term memories.. Hollywood has also made movies about people with H.M’s memory deficit such as Drew Barrymore’s character on “50 First Dates”.

It appears that the hippocampus is actually required for all stages of memory that occur during the first few weeks of learning, but once consolidation has occurred the hippocampus is less required for retrieval (3). However, the hippocampus is a crucial region of the brain, that is responsible for the spatial, declarative and contextual memories (4). SD as aforementioned is a vital process that we may take for granted. In a study done on mice, it was found that SD induces many implication on regulatory pathways that are needed for the consolidation of memory, and the regulatory pathways of protein synthesis involved in the consolidation of sleep as well as, and metabolic pathways that may be altered in states of SD(3). More specifically, sleep deprivation induces “wide-spread changes” in the gene expression in the hippocampus. The consequences of SD has been found to down regulate the translational regulator of the mammalian target of rapamycin (mTOR) which is a key regulator of protein synthesis that long-memory consolidation relies on(3). Researchers found that SD leads to a decrease in the expression of mTOR, which is activated, with phosphorylation (Figure 2). Therefore, this significant decrease in mTOR phosphorylation in turn does not activate transcriptional factors for crucial protein synthesis that have a role in long-term memory formation. 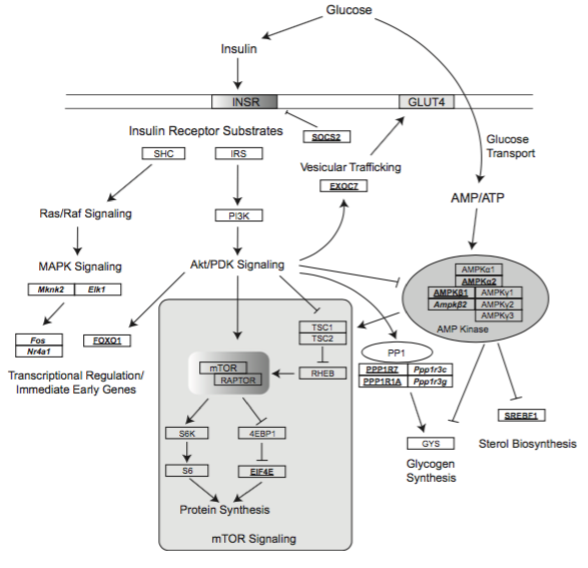 Figure 2: The many regulatory pathways that are involved in the memory consolidation through the insulin signalling pathway. mTOR regulation is highlighted in the box, representing its roles in protein synthesis (Vecsey et al. 2012).

Before we freak out about the repercussions of SD and how it may implement the down regulation of protein synthesis that is crucial for memory consolidation in the hippocampus.. It has been found that this down-regulation of gene expression can be reversed with at least 2.5 hours of sleep! (3) (So take your naps people!! Although, a 2.5 hour nap is highly not recommended, unless you’d like to wake up questioning what year it is…).

Additionally, studies have found the importance of repressive events that are induced after learning occurs, so the brain can process new memories into our memory bank (2). Thus, with the action of down-regulating inhibitory genes the brain can make new memories, so we can try and remember all the fascinating information we learn in University, or so we can simply remember our Mom’s birthday!

On a Side Note:

It has also been stated that the formation of new memories does not occur unless “an animal experiences a stimulus in an environment” (2). If there is no stimulus experienced then the hippocampus will undergo a gene repression that prevents the formation of new memories. Perhaps this can explain the reason we can remember a fond memory much easier than our lecture notes..(Since I don’t believe we are very “stimulated” in excitement when sitting in a lecture hall..)

With all the regulatory pathways that our hippocampus needs in order to consolidate and regulate our memory processes throughout the day, it is no surprise that we need a solid 7-9 hours of sleep for the mechanism to be done properly, and for our body to maintain homeostasis.

Aside from long-term potentiation of memory, the neural pathways that sleep can regulate for the specific brain regions are beyond fascinating. When our body is in a state of allostasis, and is thereby being affected by SD and other stressors, both behavioural and physiological pathways are affected. It has been found that the hippocampus along with other brain regions can undergo structural remodelling with the result higher levels of anxiety and depression from repeated stress (5). And we all know that repeated amounts of stress leads to sleep deprivation, and sleep deprivation can also lead to an increase in appetite, blood pressure and cortisol levels, which can lead to elevated insulin and blood glucose levels (5). It has also been previously found that brain regions such as the hippocampus are sensitive to glucose and insulin, and thus a slippery slope is created when getting a lack of sleep, since the hippocampus regulatory proteins are also involved in the insulin-regulatory pathway (Figure 2).

Buzzfeed produced an informative video on the physiological repercussions we face when becoming sleep deprived.. Watch below or click here!

So, what can we do to help with our sleep deprivation?

Well, as a university student, it is common to rely on caffeine consumption and the 12 minute naps that we set for ourselves when times get rough (such as exam season). Others tend to use melatonin, or other sleep aids to help them with their sleepless nights. But I guess the most important thing to do is to listen to our bodies, and when we can barely keep our eyes open while studying, it is time to call it a night and get some good sleep, because in the end it is only beneficial for the process of consolidation to occur, so you can retain all of the information you learned! I guess in hindsight the best thing to do, is to try your best to keep stress levels low, with the useful skill of time management (which we will always try to master), regular exercise and most importantly a good night’s sleep! Hopefully the next time we consider staying up late, we will re-evaluate our life choices since sleep is our fuel to run our magnificent bodies!