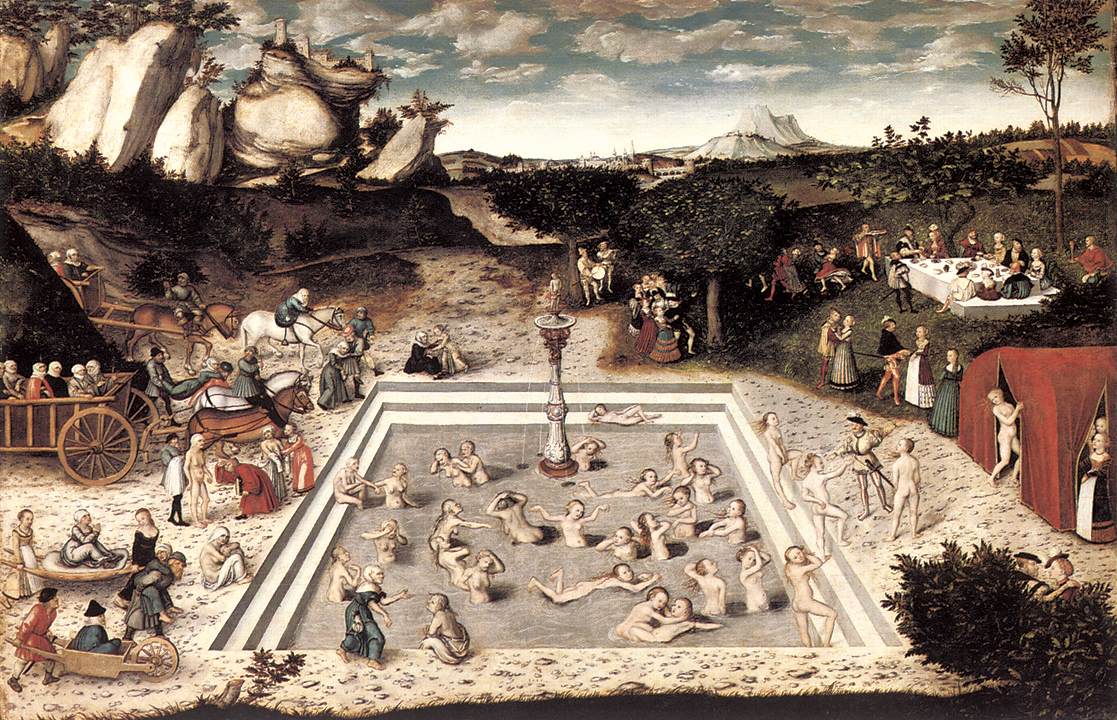 “The Fountain of Youth” by Lucas Cranach the Elder, PD-Art

Cancer is a term that resonates strongly with many people. It is one of the top ten leading causes of death worldwide  and arguably one of the most complex diseases in existence. Cancer’s vastly multifaceted etiology makes it difficult to identify a definite cause. For example, an individual may smoke, spend a lot of time in the sun, have an unhealthy diet, but never get cancer. All of these factors increase one’s risk for getting cancer, but they are not a guarantee. This complexity has made it frustratingly difficult to find a cure, as evidenced by the numerous amount of research articles one can find on the topic. However, what if one was able to manipulate cancer, or rather, what kind of potential could cancer have if one could control it? This may seem absurd, though it makes a lot more sense when taking a closer look at the pathophysiological characteristics of cancer.

For centuries society has been allured by the idea of a Fountain of Youth, or rather, the ability to live forever. Some may consider immortality a mere fantasy, however, in reality it may not be as far-fetched as one may think. In fact, this is one of the many fascinating characteristics of a cancer cell. Chromosomes contain repeating sequences of DNA at their ends known as telomeres. Normally, when a cell undergoes a round of DNA replication these telomeres shorten and will eventually reach a point where the cell is no longer able to divide. Telomerase is an enzyme that can prevent telomere shortening by adding nucleotide subunits to the end of a chromosome. Cancer cells have the ability to activate telomerase and prevent their telomeres from shortening. This allows them to divide as many times as they please, hence why they are immortal.

Telomere shortening and cellular senescence is believed to be linked to aging in humans. Moreover, it has been implicated in Hutchinson-Gilford progeria syndrome, in which patients are characterized by premature aging. Since cancer cells are immortal an intriguing question to consider is whether one could engineer a cancer cell, in order to create cells and tissues that never die. However, other than being immortal, cancer cells have characteristics that make it difficult to control. For example, it is autonomous from normal cellular controls and anchorage-independent, allowing it to do as it pleases and assume any role that it wants. Nascent research, however, may provide possible methods in which to overcome these obstacles.

One tool that has made major headway is CRISPR/Cas9, which can allow one to target specific areas of the genome and perform precise editing. In recent news CRISPR/Cas9 has created waves in regards to ethics and its role in the future of biotechnology. The ability to make direct and specific edits to the genome has exciting potential implications in many areas, including cancer research. It has already been shown that this tool can be used to model conditions for the development of colorectal cancer, therefore, it is plausible one may be able to make direct modifications to the genome of a cancer cell. For example, it may be possible that one could bioengineer a cancer cell to assume a specific role and remain anchored to that role. Moreover, one can edit the genome in such a way that it retains its immortality and ability to divide rapidly. Therefore, one could develop tissues that not only live forever, but also regenerate rapidly. This could have huge implications in medicine for repairing damaged tissue and finding cures to diseases related to the aging of tissues. Furthermore, one might be able to combine the edited cancer cell genome with that of a human embryo, potentially giving every cell the ability to live forever and regenerate rapidly. The existence of super soldiers roaming the Earth might be a closer reality than we realize. Genome editing of cancer cells may also help one to break through obstacles which currently stand in the way of finding a potential cure for the disease.

New developments in biotechnology provide novel ways to approach current fields of research, while opening up new areas as well. The ability to target DNA and make specific edits opens up many possibilities in cancer research. In many ways cancer cells represent our own fantasies, such as immortality, rapid healing, and the ability to be whatever we want to be whenever we please. The idea that we might be able to make some of these fantasies a reality by harnessing the power of a cancer cell is both parts exhilarating and frightening.