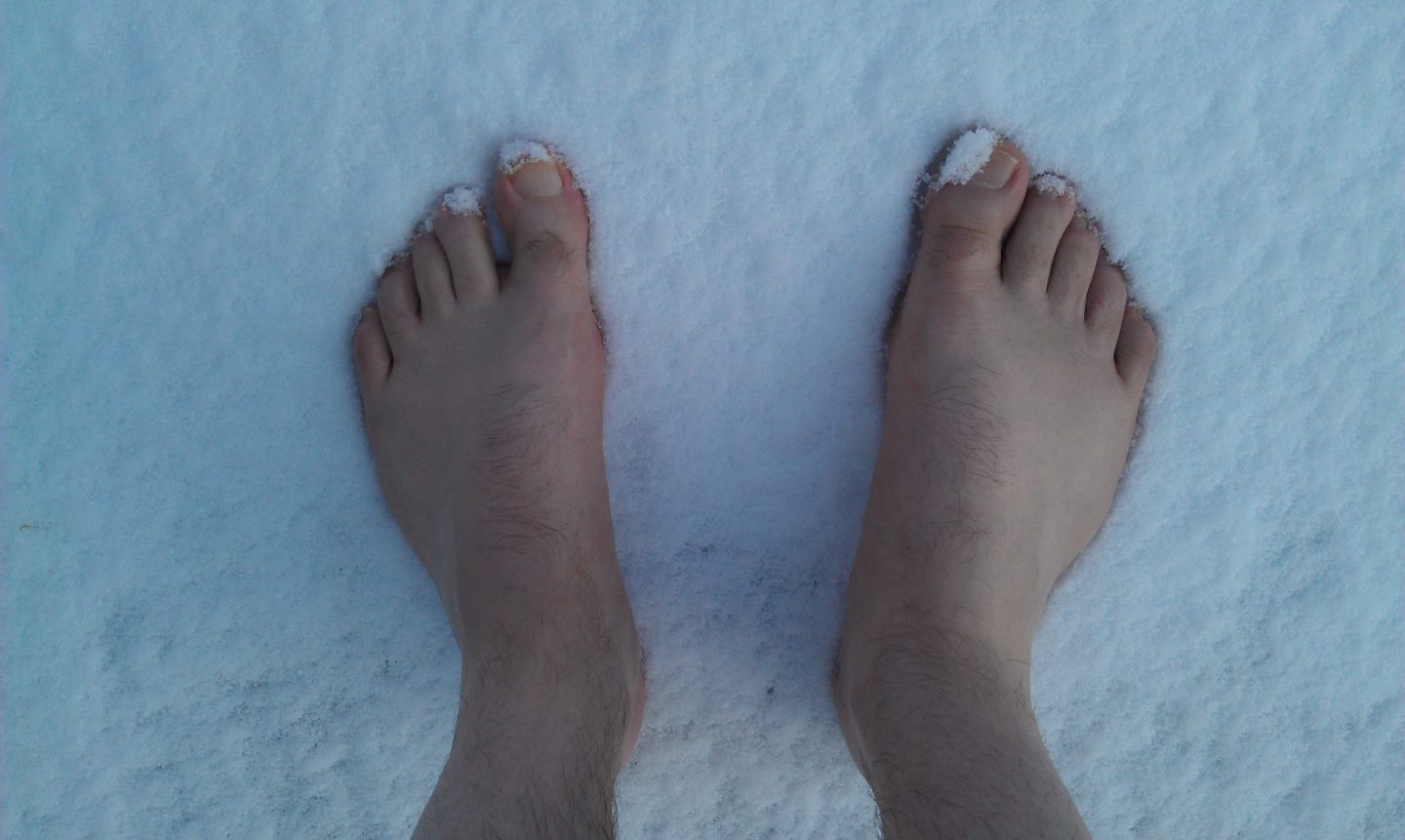 Raynaud’s Phenomenon is a disease characterized by frequent and/or prolonged coldness in a person’s extremities. This coldness is due to sudden and exaggerated constriction of the blood vessels in the hands and feet in response to cold temperatures. Under normal conditions, a person’s blood vessels are meant to constrict in response to cold temperatures, but to a lesser degree. This helps minimize heat loss, allowing the blood vessels to maintain a relatively constant temperature. In Raynaud’s, the blood vessels respond far too quickly and vigorously, resulting in little to no blood flow in the digits. This lack of blood flow creates another common characteristic of Raynaud’s: colour changes. The fingers or toes tend to first turn white as blood flow is substantially hindered, then they may become blue as the vessels dilate. This is because at first, only deoxygenated blood can enter the slowly opening capillaries. Finally, as warmth returns to the hands or feet, oxygenated blood rushes into the sufficiently open vessels, turning the fingers or toes red. This sequence of colour changes is characteristic of people with Raynaud’s Phenomenon, but not everyone with Raynaud’s experiences all of these changes.

Antinuclear antibodies aren’t the only molecules doing weird things in Raynaud’s Disease. Studies have shown that there are increases in fibrinogen, IgG, and IgA in patients with Raynaud’s Disease. Fibrinogen is a blood clotting factor, and IgG and IgA are antibodies. Spengler et al propose that these molecules are the correct structure to create bridges between red blood cells. These bridges can cause red blood cells to aggregate, making it difficult or impossible for them to travel through the tiny capillaries. This unfortunate occurrence makes it even more unlikely that people with Raynaud’s Phenomenon will have properly functioning circulation.

Cryoglobulinemia is a disorder in which antibodies (or immunoglobulins) become solid or gel-like at low temperatures. This can cause inflammation and damage to blood vessels, also known as vasculitis. What I find particularly intriguing is that a symptom of cryoglobulinemia is Raynaud’s Phenomenon, and types 2 and 3 cryoglobulinemia are associated with autoimmune diseases. So, in addition to blood vessel constriction and possible red blood cell (erythrocyte) aggregation, people with Raynaud’s Phenomenon may also have circulating immunoglobulins that congeal when cold. And with Raynaud’s Disease, well… That’s pretty much always.

If it seems like there’s a lot going on with Raynaud’s Phenomenon, that’s because there is. Researchers haven’t even scratched the tip of the iceberg when it comes to its epidemiology. Secondary Raynaud’s seems to have gotten more love in terms of studies and knowledge gained, but hey, speaking as someone with Primary Raynaud’s, I can tell you it really isn’t that big of a deal. The worst thing I have to deal with is never being able to wear flip flops (which, admittedly, sucks, but I’ll take that over an autoimmune disease any day). Therefore, I don’t blame researchers for sinking more time and money into Secondary Raynaud’s Phenomenon. Hopefully someday we can discover the mechanisms behind both Primary and Secondary Raynaud’s Phenomenon and treat both cases accordingly. In the meantime, I think exercising might be an excellent way of alleviating my chronic cold feet.