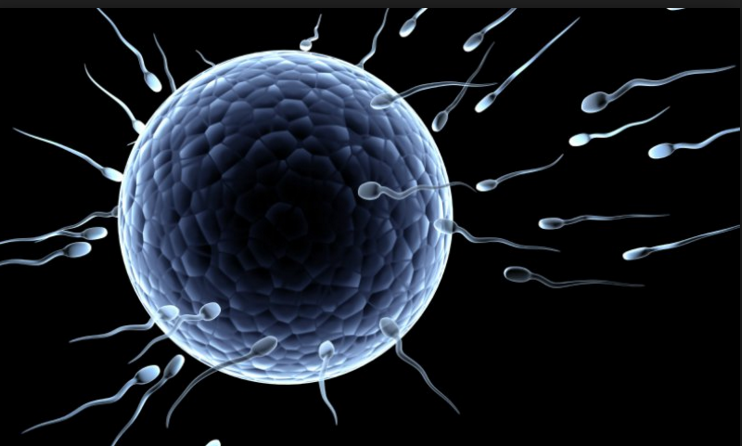 “It is not birth, marriage, or death, but gastrulation, which is truly the most important time in your life.” (Wolpert, 1986). Is this really true? Many women who are struggling to conceive may just agree with this statement, as gastrulation is a great milestone in the development of their soon to be new addition to the family. Gastrulation is the point in development when ‘you’ really forms. The three main germ layers, which will specialize into tissues, develop during this stage of embryonic development. 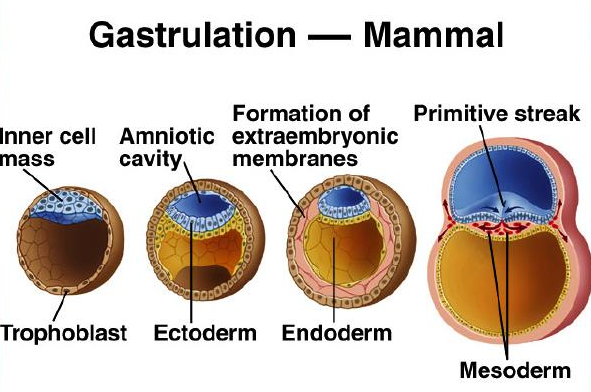 A chart giving the timeline of gastrulation relative to conception can be found here (p.1) . When looking at this chart we can see that gastrulation typically commences on day 15 of development following fertilization: the time when the sperm meets the egg, which is also known as conception. The time of conception is another milestone in development, which occurs prior to gastrulation, but is exceedingly important, as it is the first official step to any human becoming who they are!

According to the Centre for disease control approximately 12% of women between the ages of 15 and 44 will have trouble conceiving. For more statistics and information on this topic check this website . Statistics like these are pretty daunting for women who would eventually like to have children. Thankfully, the world of western medicine has come about to offer many alternatives for the 12% of women who cannot conceive through natural means. One of the more popularized interventions for such fertility trouble is in vitro fertilization (IVF).

After learning about the mechanisms oocytes use to block multiple sperm from entering an egg I wondered if there was any increased chance of polyspermy (multiple sperm entering an egg) with IVF. I began my search with finding general information on the process of IVF. While performing this search I recalled learning about the steps as to how a primary oocyte becomes a mature egg and found that the context of this process was missing. When in woman’s life does meiosis I and/or II start? Are women born with primary oocytes, secondary oocytes, or mature eggs ready to go? These are questions I needed to know before being able to look at in vitro fertilization and polyspermy. Here’s what I found:

Before the birth of a young girl many processes are occurring: organ formation, bone formation, and structural development, among many more. But many overlook the development and making of oocytes in female foetuses. Generally it is said that females develop around 2 million primordial germ cells and oogonium while in the womb . These further develop with a mitotic division to a primary oocyte, still in utero of their mother, and then enter meiosis I . Baby girls are born with primary oocytes arrested in meiosis I, which will not be completed until their first ovulation and menstruation. With each ovulation a few oocytes complete meiosis I each month and start meiosis II, but only if the egg is fertilized will it continue on to complete meiosis II to become a mature egg and zygote 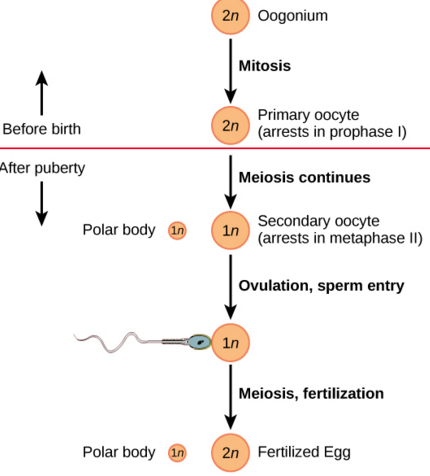 This is the basic process that was and is accepted for the beginning of human development. However in the early 2000’s studies began to challenge whether or not this process really followed this time line. The reason for the questioning as to whether this was correct was due to the fact that a few studies conducted on mice documented oogonium present in adult mice, as well as bone marrow cells contributing to ovarian regeneration in mice following sterilization . Normally, you would not expect any oogonium to be present following birth, as they should have completed meiosis I and be primary of secondary oocytes. Studies prompted from this discovery in mice have now confirmed that the above process and timeline of egg maturation is about correct in humans . Ooogonia and primordial germ cells officially cease to exist within humans after 2 years of age . Germ cell maturation does start in utero of the mother however, not all cells go through the maturation stages at once, rather all primordial germ cells progress through mitosis and meiosis I in a graded stage fashion to become primary oocytes.

Howard Jones and his wife, Georgeanna Jones completed the first successful IVF in 1978 . I believe that in vitro fertilization has probably become one of the most widely used and well-known infertility interventions as a result of it having the highest rate of pregnancy success compared to other infertility interventions currently available . For a little more on the history of IVF check here . Figure 1 of this paper depicts the steps and process of IVF if you are unfamiliar with it.

When searching to see if there was a link between polyspermy and IVF, I found that polyspermy is one of the most common problems seen in mammalian egg fertilization . Again, polyspermy is the process by which multiple sperm fertilize one egg. Egg incubation conditions following retrieval during the IVF process can greatly impact the occurrence of polyspermy. Moreover, proper incubation conditions are key to successful IVF, as the acrosomal reaction, which prevents polyspermy from occurring by blocking the egg from penetration by more than one sperm, is extremely sensitive to pH, concentrations, and other environmental conditions. 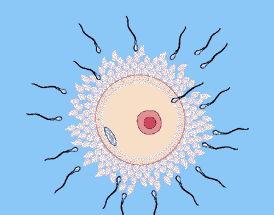 In most cases embryos or foetuses that result from polyspermic events are naturally not carried to term due to immense developmental issues multiple sex chromosomes can have. In the case docthe foetus was carried to term, but lived just shy of 2 hours. This infant had multiple deformities including cleft palate, an extremely small anterior fontanelle of the skull and extremely large posterior fontanelle, thereby distorted the appearance of the head, pupils were eccentrically placed rather than centrally put, and some fingers and toes were webbed . Listing such deformaities that can occur in an infant who results from a polyspermic conception emphasizes the necessity of precise IVF incubation requirements.

Now we have examined the events prior to the formation of an embryo and gastrulation, which was once said to be the most important event in life. To re-iterate, prior to embryo formation we have given a timeline within a woman’s life as to the formation of oogonium, primary oocytes and mature egg cells. The link between polyspermy and IVF was established through the necessity of assisted reproductive technologies such as IVF to mimic natural conditions in order to prevent birth deformities or abnormalities

Safety from Zika in South America