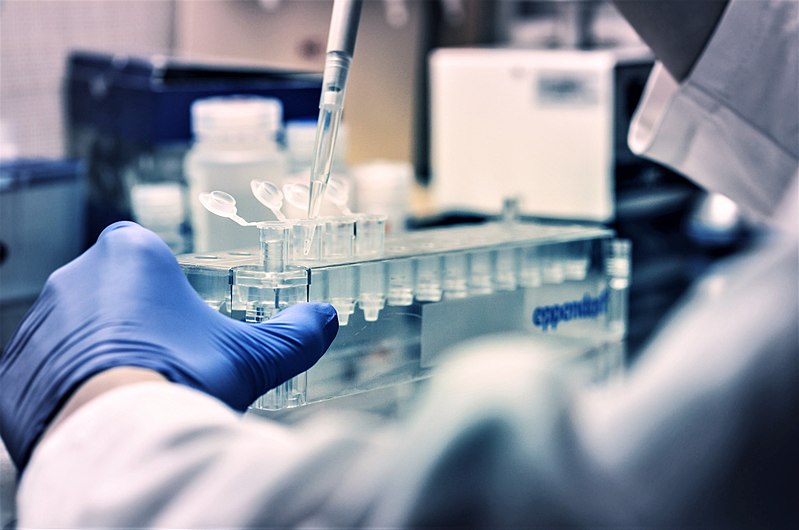 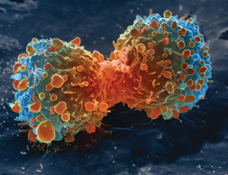 Currently, cancer is one of the most popular research topics, as mentioned in lecture due to funding and also due to tremendous impact that it plays in so many people’s’ lives. Interestingly, the rate of cancer has decreased from 2006 to 2015 by 1.5%. Nonetheless, Cancer is still the second highest cause of death in the USA. Even though the rates are slowly going down, there is no foreseen cure for this disease due to its immense complexity.

The National Cancer Institute website explained, “Cancer is the name given to a collection of related diseases.”  This statement speaks to the challenges faced in cancer research such that cancer, develop in various places in the body may be caused by a different set of genetic or molecular mistakes leading to the abnormal developmental trajectory. In addition, cancer cells ignore the body’s signals to halt division, and continually divide which was supplemented by the ability to send messages rerouting of blood flow to nourish itself. Another reason they are so hard to treat was their ability to disguise itself from the immune system because they are our cells still.  Lastly, cancer cells can to migrate through the body and metastasize in other regions via blood or lymph. All in all making Cancer a challenging disease to treat.

Today, we are going to examine a new-ish cancer therapy mentioned on the National Cancer Institute website, Oncolytic Virus Therapy: a brief history, the mechanism, current treatments, and its limitations. 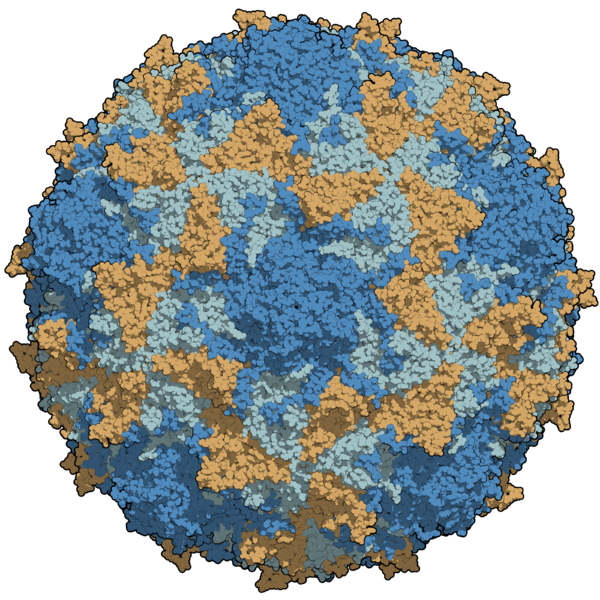 Oncolytic virus therapy was first seen in the 1800’s. Interestingly, this method was discovered by physicians who noticed patients suffering from cancer, that contracted viral infections would “randomly” had their tumors go into remission. Afterward, this technique was picked up a couple of time unsuccessfully (in 1950-1960) until genetic engineering was more reliable. Genetic engineering allowed for the researchers to tone down the pathogenicity and enhance the virus’ cancer-killing potential. More recently (2005 to present) a few notable viruses are being manipulated for their oncolytic properties which include Poliovirus (seen left), the herpes simplex virus, and the adenovirus.

These viruses occur naturally and are modified to target and kill cancer cells. An injection of the oncolytic virus directly into the cancerous region. Once the virus reaches the targeted cells, it enters the lytic cycle.  In turn, the virus is replicated causing the cancer cell to burst. At this point, “tumor antigens” are released which kickstarts the body’s immune system  (at both the local and systemic levels) into the production of antibodies to fight these cancer cells. Now the body can recognize cancer and destroy it. For this reason, the article classifies Oncolytic Virus Therapy as an Immunotherapy.

Now, I would like to mention a couple treatments that are available.

The very first oncolytic virus therapy was in 2005 was developed and released in China. This treatment utilized a genetically modified adenovirus H101.  (Just in case you didn’t know, the adenovirus family includes the common cold, bronchitis, and pneumonia – seen right). This treatment targeted melanoma initially. Ten years later, in 2015 the adenovirus H101 was further used this variant of oncolytic virus therapy to help reduce lung cancer. 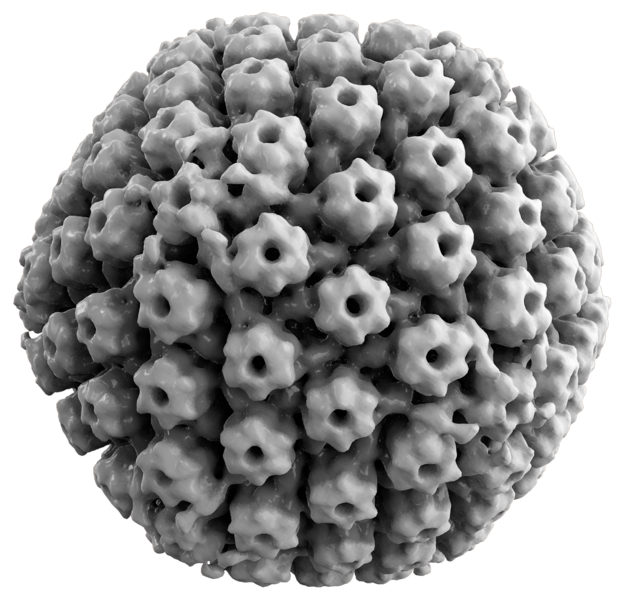 First FDA approved oncolytic virus is based from herpes simplex virus (HSV-1) type 1 (seen right). This treatment was labeled Talimogene laherparepvec and is used to treat advanced forms of melanomas. It was developed in 2015. In this treatment, authors found a way to ensure that the virus cannot spread to the healthy cells. Interestingly, the y34.5 gene that was knocked out in the HSV-1 Oncolytic virus therapy. In a virus, this gene is used override a healthy cell signal to stop protein synthesis. When this gene is knocked out, the virus cannot override the host signals and cannot survive. However, when the modified enters a cancer cell (who don’t follow normal cell rules), the virus can still survive and replicate with the cancer cell’s machinery. This modification is an attempt at a fail-safe in case the virus infects healthy cells; it won’t survive and make the patient sicker. Another essential gene to the HSV-1 oncolytic virus therapy is the a47 gene. This gene is one that thwarts a healthy immune system such that antigen presentation is suppressed. When deleted from the modified HSV-1 genome, the opposite effect occurs, and the presentation of tumor antigens are more easily targeted. This cancer treatment has been studied on “breast, head/neck, gastrointestinal cancer and malignant melanomas.” From which most of these had tumors shrinking, however, the best effect was seen on the melanomas.

Unfortunately, like every treatment has some limitations, and the oncolytic virus therapy is no exception. One problem with this therapy is there is still the occurrence of the virus infecting the patient even with the gene knockouts (seen in HSV-1). A second limitation is the means of administration. There is a direct injection is effective for a skin cancer, but other types are not as accessible. For example a brain tumor, a direct injection would require invasive surgery. However, an intravenous method may not make it past the immune system and make it past the blood-brain barrier. Lastly, there is the problem with the immune system to identify the tumor antigens, the time it takes to get the antibodies to the target site, and how effective these antibodies are at killing the specific kind of cancer present.

Even though injecting a virus into the body as a treatment seems a little counterintuitive, this new treatment is gaining some headway, as there are more advanced genetic editing techniques available. I think that this technique will allow for a way to specificity treatment for the of the different kinds of cancer and to the individual. Also, may allow for a different type of treatment that is less invasive than surgically removing the tumors when applicable.

I’m excited to see where this research develops into over the next few years!

This work by Megan Lutz is licensed under a Creative Commons CC-BY Attribution 4.0 International License.