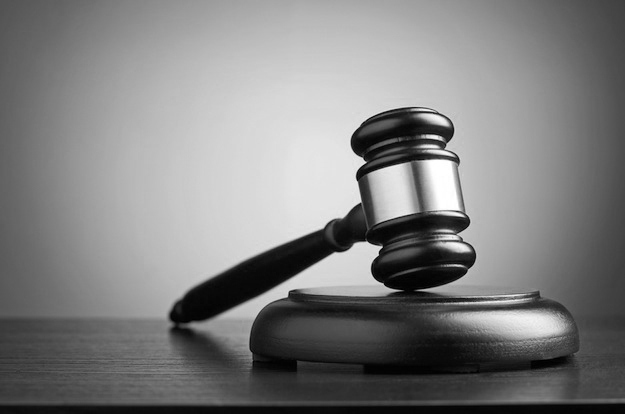 The good guy versus the bad guy debate regarding cell senescence has caused a state of confusion and disorder among individuals worldwide. This debate has caused friends to turn on one another and Twitter has confirmed that this has caused more mayhem than the white/gold vs blue/black dress. In this article, the final verdict of cell senesce will be sentenced. The hope of this article is to bring a sense of peace to the people.

What is Cell Senescence?

In the big picture scheme of things, cell senescence is the irreversible arrest of cell growth. Cell senescence also causes changes in gene expression and alters the organization of chromatin. The process is induced by DNA damage, non-functional telomeres, oxidative stress and mitogenic signals. We’ll get into more of this fun stuff in a bit, but for now, let’s discuss the properties of senescent cells.

Such properties include: the absence of proliferation markers and the presence of flat, enlarged cells that have doubled in volume. Bear with me as I nerd out: recent studies have found that senescent cells contain senescence-associated heterochromatin foci (SAHF), which contain heterochromatin domains, that act to silence certain genes. Another important feature of senescent cells is the senescence associated secretory phenotype (SASP). The components of SASP consist of cytokines, chemokines, growth factors and proteases. One of the functions of SASP is that they ensure that damaged cells communicate their near-death state to their neighboring cells. This prepares the tissue for repair and is done by the immune system. The common markers for detecting senescent cells are senescence associated B-Galactosidase (SA-Bgal) and p16INK41 . These markers are neat in the sense that have been used to illustrate that cell senescence increases with age. 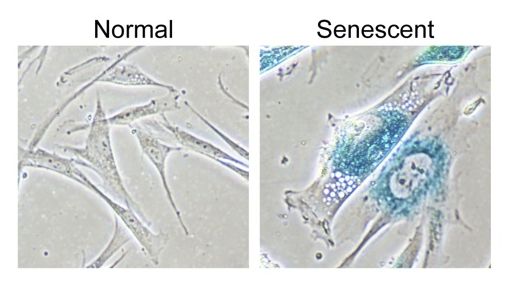 Photograph displaying the striking differences between a normal healthy cell on the right and a senescent cell on the left. Creative Commons Attribution 2.0 Generic – Retrieved March 1, 2018. Source: Shutting down DNA construction: How senescence halts growth of potential cancers. The Wistar Institute. 2013.

The shortening of telomeres, which results in DNA damage, is one of the largest culprits of cell senescence induction. In normal, healthy cells, the length of telomeres is maintained by the enzyme telomerase. However, as we age, so do our cells and so do the telomeres. As this occur, telomerase is unable to prevent telomere shortening. Cells with less functioning telomerases become short and eventually become dysfunctional as they undergo more cell divisions. The state of dysfunctionality now induces cell senescence, which ceases all cellular divisions.  This is extremely important because in this case, cell senescence acts as a safeguard to prevent the cell from becoming cancerous. As the telomere becomes shorter and shorter, damage to the gene also occurs. These two processes now activate the DNA damage repair system (DDR), which activates the p53/p21 pathway. The p53/p21 pathway is the initial cellular response, and occurs with seconds. The primary purpose of this pathway is to regulate the transition of cells from G phase to S phase.  This response eventually activates other signalling pathways over the next several days; such pathways include the activation of Protein Kinase C (PKC) and the stress responsive p38 mitogen activated protein kinase (MAPK). Ultimately, the pathways result in the activation of cell senescence.

Damage to a DNA base pair or DNA inversions can also cause telomeres to shorten. Telomeres are rich in the DNA base guanine and guanine is particularly sensitive to oxidative damage. Oxidative damage results in the activation of cell senescence. Other components, such as ionization radiation and cytotoxic chemotherapies similarly result in DNA damage and induce senescence in normal and tumour cells.

Cell senescence is also activated by mitogens. Mitogens are chemical substances which stimulate cells to divide. So how does a cell that’s receiving signals to divide, stop dividing? The answer is rooted in that fact that overexpressed, chronic mitogens are very imbalanced. This imbalance activates oncogene induced senescence. The oncogenic (tumor) form of H-RAS stimulates the MAPK signalling pathway, which activates cell senescence. This result in the change of chromatin structure as cell senescence increases the amount of heterochromatin. 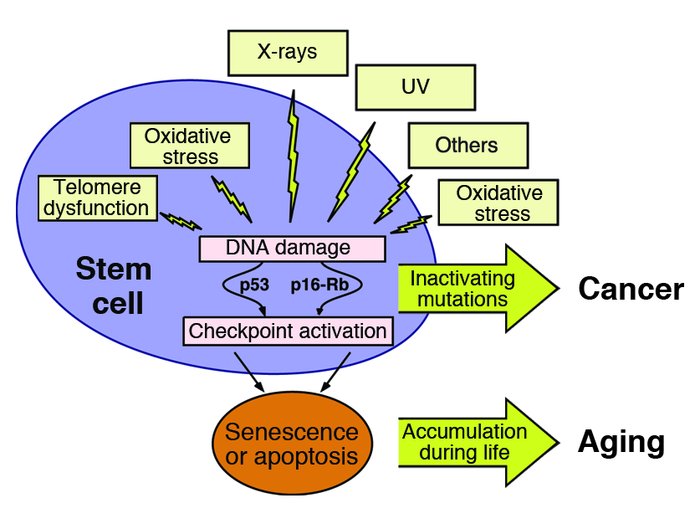 Our body maintains CS by maintaining/establishing the p53/p21 pathway or the p16INK41/pb. Both of these pathways are tumor suppressive pathways and they both implement widespread changes in gene expression, activate cyclin dependent kinase inhibitors and are negative regulators the of cell cycle. The chronic activation of these pathways results in cell senescence induced growth arrest.

Cell senescence results in arrested cellular growth, changes in gene expression and chromatin organization. It is often initiated by dysfunctional telomeres, genomic damage, cellular oxidation and mitogenic signals. Our body maintains a state of senescence via the p53/p21 or p16INK41/pb pathway, which are both tumor suppressive pathways. The downfalls of the cell senescence are that it results in tutor growth, cancer development, leukocyte production and drives both degenerative and hyperplastic pathology. The bright side includes tumor suppression, immune clearance and tissue repair.

Considering all aspects of this process it is safe to say that the effects of cell senescence within the tumour microenvironment is complex and highly dependent on the physiological context. So how bad can it really be? Sometimes you just gotta take the good with bad.

This work by Leena Panaich is licensed under a Creative Commons CC-BY Attribution 4.0 International License.

“SPACE”? OR AN EXTREMELY LARGE STEM CELL INCUBATOR? (**NOT CLICKBAIT**)