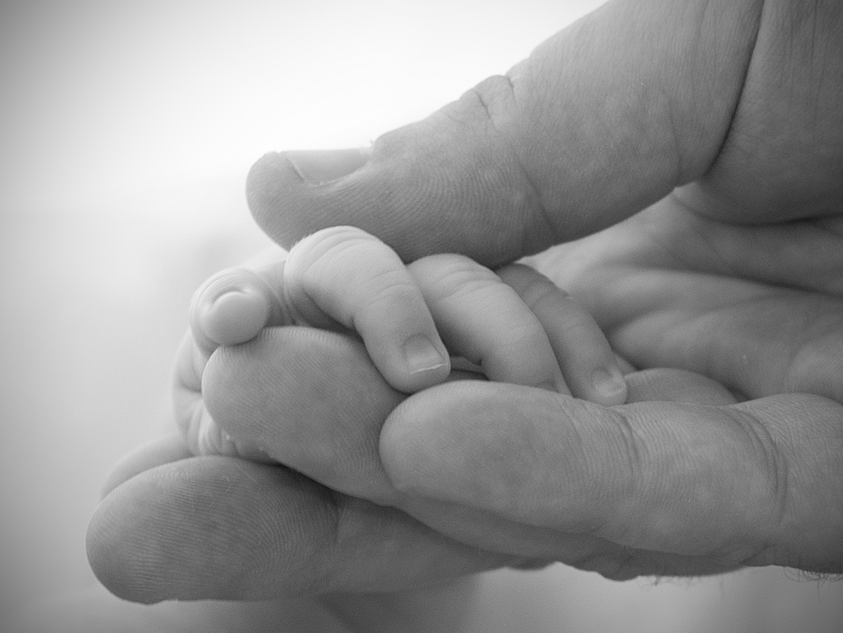 Many people see death as negative, although death is inevitable for all living things. Many people perceive death from a macroscopic perspective, but fail to recognize that death is constantly occurring at a microscopic level by a mechanism called apoptosis. Apoptosis is naturally occurring programmed cell death.

How would having webbed fingers (CC Author: Brian Smith) and toes affect your daily life?  Without apoptosis humans may have had to deal with this problem, which for most people this would provide an unnecessary challenge to perform everyday tasks, unless of course you were a professional swimmer (CC Author: Fernanda Frazão). In fact, the human fetus’ develops webbed fingers and toes; later in development, the cells contained in the soft tissue connecting the fingers undergo apoptosis forming defined digits. 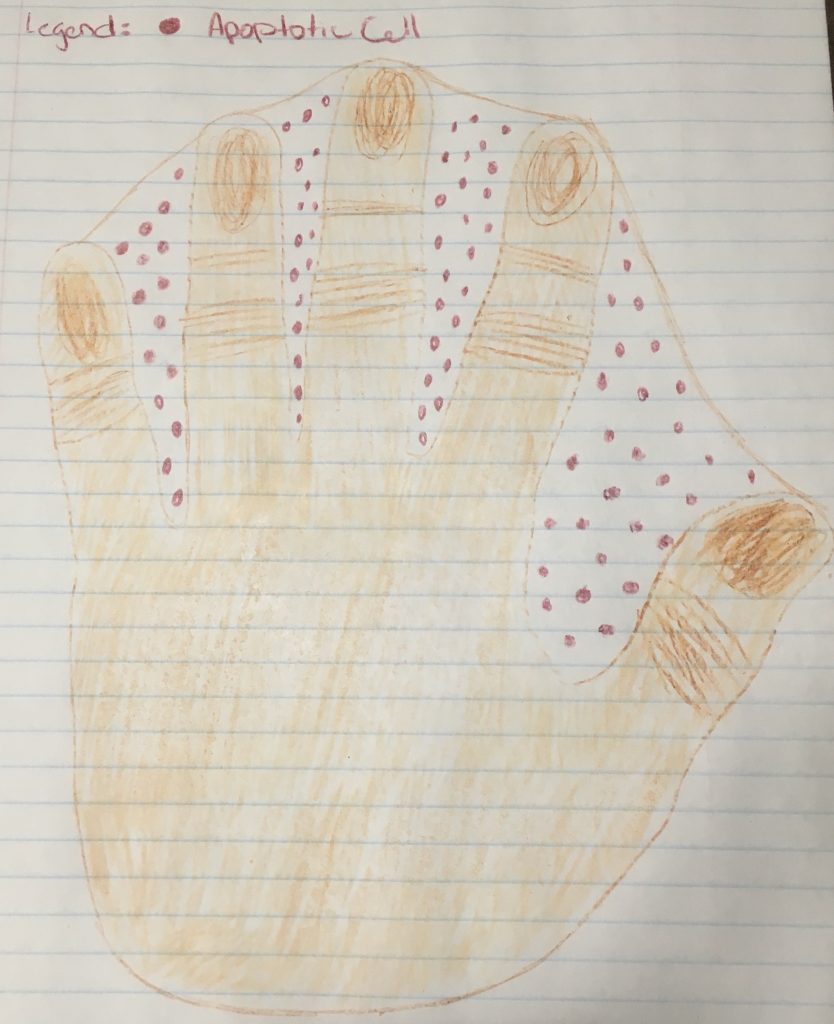 Figure 1. Fetus hand representation that has not yet undergone apoptosis to remove the soft tissue between the individual fingers. (Sad Drawing by Josh Bleackley)

Evolution may have played a key factor in the shaping of our fingers and toes, as our ancestors may have been water dwelling with paddle-like extremities. Over the course of evolution human digits may have gained separation to better suit human needs.

What Causes This Separation

Apoptosis is the natural process of programmed cell death which occurs in all multicellular organisms. Apoptosis occurs by a mechanism called the caspase cascade. The caspase cascade functions by activating procaspases (inactive form of caspases) which are present in all cells. This is done by removing the pro- group either by internal or external signaling. The activated caspases form a cascade by activating other procaspases. This caspase cascade ensures that the process is carried out as each activated caspase activates other caspases, the apoptosis signal is all or none and cannot be reversed. Activated caspases are also responsible for cleavage of other cellular components such as nuclear lamin, and cytosolic proteins. They play a key role in the breakdown of the nuclear membrane and other cellular organelles.

Using apoptosis, cells that are no longer needed will self-destruct to make way for new cells. This self-destruct mechanism can be very beneficial to the organism. Cell death occurs at different rates based on cell division; there is a relative equilibrium of the number of cells in an organism. That is in equilibrium, the number of cells that die equal the number of cells formed by cell division in a healthy individual. In young children, the rates of apoptosis are lower than the rates of cell division resulting in an increase in cells which is attributed to growth. In mature adults, the number of cells in their body remains constant, thus mechanisms are needed to regulate this population as cells are constantly dividing and adding to the population. Apoptosis is the general method for cell death as it provides the best results.

Apoptosis is not only necessary to regulate the population of cells in the body, but also plays a role in many functions in shaping the body. Apoptosis is also not limited to humans and applies to all multicellular organisms. A very similar process to the removal of soft tissue to form defined digits is seen in mice. Other examples of body shaping include the formation of a slit which becomes the opening of a fetus’s eyelids, and formation of neuronal connections within the brain. There is a very similar mechanism that occurs in frogs; frogs start off as tadpoles which have a tail which provides mobility. This tail is no longer needed when the tadpole develops into a frog and thus the cells within the tail of the tadpole undergo apoptosis.

Another Mechanism of Cell Death

Although only one cell death pathway has been mentioned thus far, there is actually another process that can lead to cell death which is not planned and can result in premature death of cells, called necrosis. Necrosis is quite untidy in the fact that the cell membrane of the dead cell ruptures, releasing all its components into the cytoplasm. Necrosis can be caused by infections, toxins entering the body, or trauma. Necrosis will generally initiate an immune response to clean up the cellular components.

Apoptosis on the other hand is a very tidy method of disposing of dead cells. During apoptosis, the nuclear DNA breaks into small fragments, the nuclear envelope disassembles and the cytoskeleton breaks down. Neighboring cells phagocytose the dead cell. This allows for the cellular components such as the DNA nucleotides and organelles to be recycled. Apoptosis does not occur randomly as there are many safeguards that prevent the cell from apoptosing if the cell is healthy and still needed. An example of a safeguard is survival factors which protect cells that are functional to an organism and prevent cells from mechanisms that initiate apoptosis.

A condition known as syndactyly is a failure in separation of extremities, this can either be by soft tissue (webbing) or a malformation of the bones causing them to be fused together (one finger instead of two) possibly suggesting an evolutionary lineage. Syndactyly occurs in every 1 in 2500 births approximately and is most often seen between the middle finger and ring finger. Definition of fingers and toes in fetus’ occurs between 6 and 8 weeks within the womb. During this time apoptosis and skin recession allows for the removal of the soft tissue between the fingers revealing definition. A recent study has showed that syndactyly is caused by the local failure of apoptosis during development which is generally localized to 2 fingers or toes depending on the case. Syndactyly is a perfect example of what would happen if apoptosis didn’t occur.

Without apoptosis and cell death, humans would regain their webbed hands and feet that our ancestors likely possessed. We might have had to resort to swimming as a method of mobility.  Death plays a key role in the circle of life, ananlogous to apoptosis where cells that die are replaced with newly divided cells. The statement that cell death is equal to cell division at equilibrium is also an analogy to the global population. As more humans are born every day, other pass away creating a balance. Without death, there would be no balance and most likely no life! Apoptosis and cell death are important factors that maintain balance within organisms

The complex nature of p53: An overview of recent scientific findings