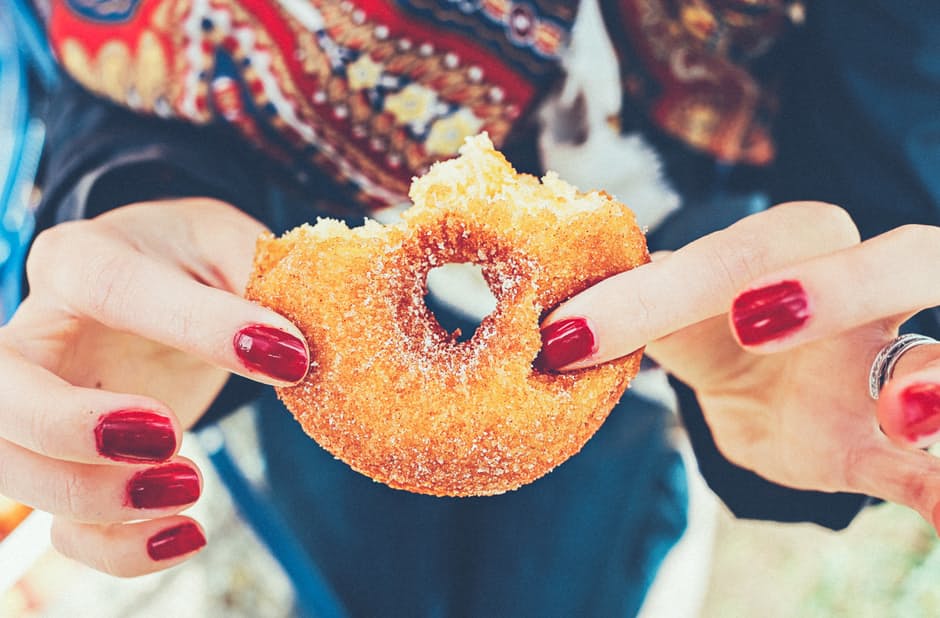 Donut or Death? (Sugar in Apoptosis and Cellular Proliferation)

Over the past decade or so the introduction of sugars has exploded worldwide, we now see it being introduced in a number of the food products found today. Who would have thought that over a span of years something as simply as sugar would become the seat of an addiction that could consume the world. In a number of articles studies have been done and it is found that there is a strong correlation between the increased consumption of sugary beverages and the prevalence of obesity seen worldwide. Obesity is only one of the more perceptible outcomes of this inflation seen in sugar.

Another more acknowledged area that sugar seems to influence, besides overall weight gain, is the brain. The brain as we know is the basis of the development of substance addictions, and this is found to be no exception even with sugar. Although we are taught that small amounts are necessary for proper body function, and it is encouraged to retain a certain amount per day. Majority of the population however consumes copious amounts more than actually required, which then leads to intensified cravings in the aftermath.

So that little extra sugar you put in your coffee or tea today left you feeling satisfied, or so you thought, that is until lunch rolled around and you couldn’t seem to get the same satisfaction out of the second cup so decided to incorporate a donut. No judging here. But…

…every time a little more sugar is being introduced the need to up the amount the next time seems to increase as well. This is something I’m sure everyone has experienced during each festive season be it christmas, easter, etc. So we all have some recollection of this addiction whether the awareness of it was there is inconsistent.

So, now that we are all accustomed to copious amounts of sugar the question is how else is it actually affecting us besides the obvious increasing in body mass index? Are we really experiencing similar side effects complementary to addictive drugs? What are some obvious long-term detrimental effects of over consumption?

According to numerous studies it has been found that all those rumours spreading around about sugar addiction being equal to drug addiction are in fact true in some areas. Studies have shown there are in fact multiple variables between addictive drugs and sugar that actually develop similar or identical results.

Another heavy topic seen in the news, cancer, has also been extensively studied with its relation to sugar consumption. As we have been taught since high school the cell has to go through a series of phases in order to be able to successfully divide, and in order to pass all these phases the cell has a grocery list that has to be completed prior to the proceeding phase. This transition from one phase to another is most often driven by activated cyclins, which are a type of protein that are active at certain phases of the cell cycle.

Since cancer is related to the proliferation rate of a cell it would be reasonable to look at these factors surrounding the cell cycle and how they function to keep everything operating. Studies have been conducted in this field with hopes that this may be the basis of most cancers present today. In some of these studies researchers have looked at specific cyclins, like cyclin D for example, that have been observed expressing unregulated transcription patterns in the company of excess carbon sources (sugars).

It’s understandable how this up regulation could cause a cell to go into a state of rapid division because cyclins are transcribed with the end goal being the successful symmetrical division of the cell. Since cyclin D is used within a cell to maintain cell cycle progression, it is mainly responsible for pushing the cell through the G1 phase into the S phase. 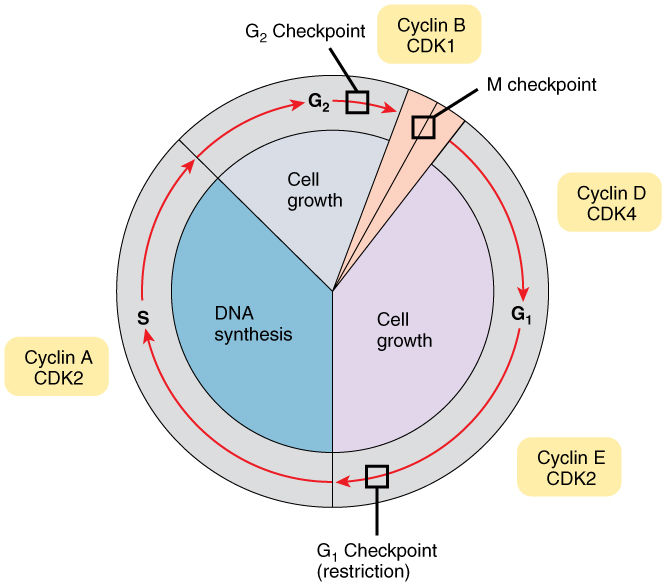 Figure 1: The cell cycle depicting the different checkpoints, and some of the cyclins that are activated at the specific phases. Image Credit: Wikimedia Commons, CC 4.0

The mechanism that was proposed by this paper was quite specific, which could be very favourable if more research were to take place in the future. There may be other factors that influence the expression of other cyclins present in the cell cycle, which could also play a role in heightened proliferation, and also provide some insight into a possible therapeutic intervention in the future.

Research shows over consumption over sugar has also been known to present sugar induced cell death by apoptosis in yeast cells that were subjected to higher levels of sugar. The mechanism behind this is that as increased amount of carbon is introduced to a cell there is an accumulation of reactive oxygen by products, which cause the cell to undergo cell death by apoptosis.

So as you can see there seems to be no happy medium when it comes to this indulgence because the results can include either over expressed growth of cells, or induced death of a number of cells.

…and maybe (if this information just wasn’t interesting enough) take this topic and post/tweet about it you may just start a well heated conversation with some very “important” ,“valuable”, “accurate” feedback…

ASYMMETRIC CELL DIVISION: ITS IMPLICATIONS FOR STEM CELLS AND CANCER

Staring Death In the Eye: Controlled Apoptosis of Lens Cells