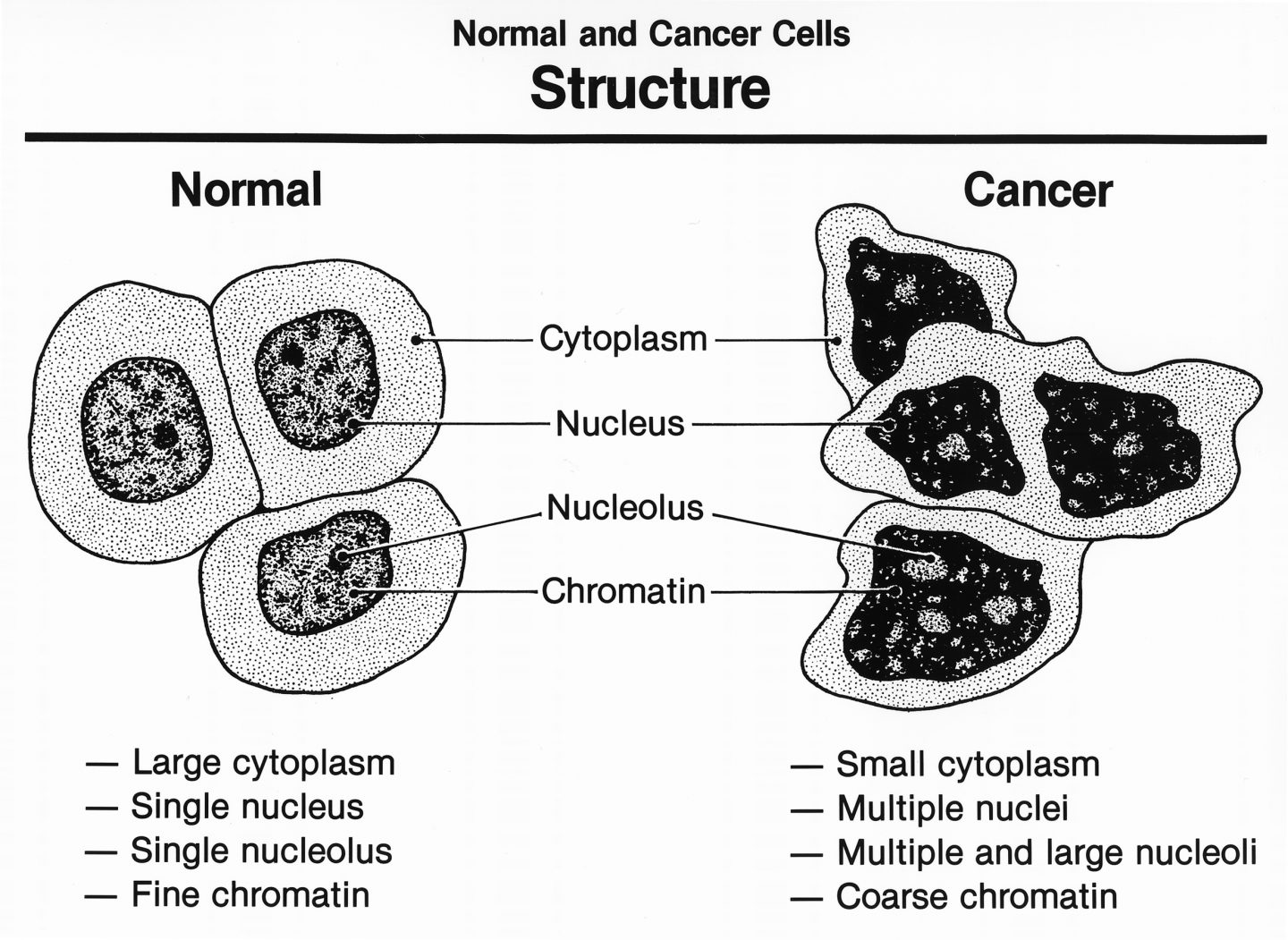 The division of cells is a delicate process requiring the balance of regulatory proteins that are able promote or inhibit proteins, or the transcription of mRNA and DNA. There are certain points in the cell cycle, referred to as checkpoints, where the cell will check if the internal and external environments are ready for it to undergo division. 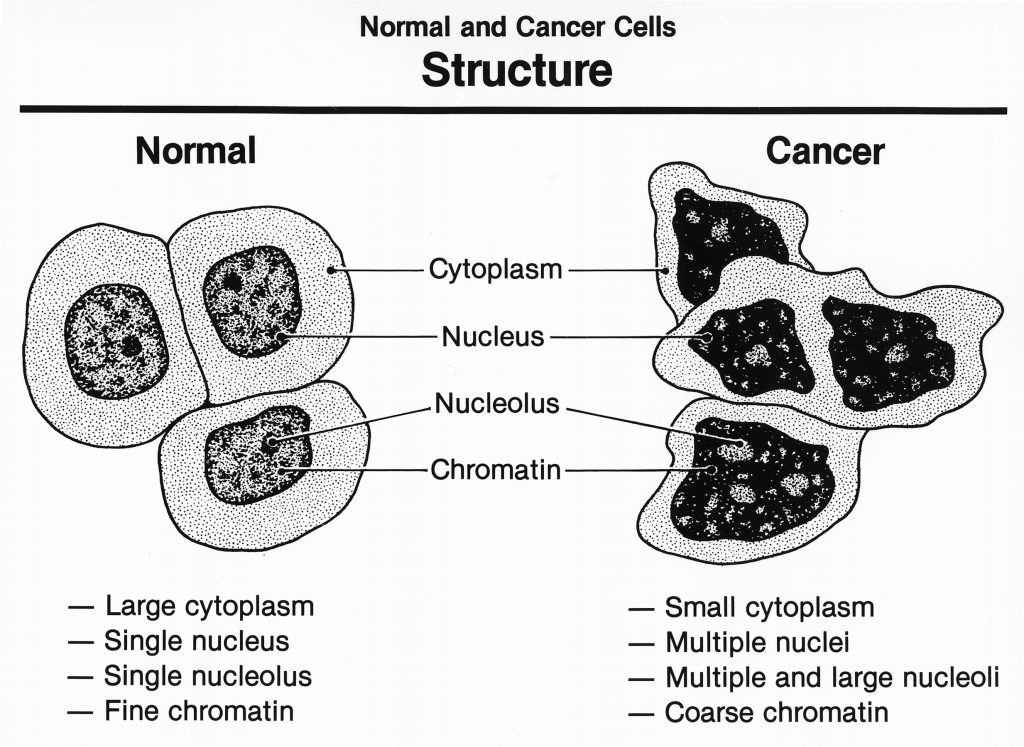 Cancer cells have gained DNA mutations, from a hereditary or environmental source, that allows the cell to pass through the checkpoints; even if the cell does not meet the requirements to pass. A common reason for cancer is the loss of contact inhibition in a mutant cell; when a cell is in contact with other cells, a signalling pathway prevents the cells from replicating or causes the cells to grow in a different direction. When a cell loses the ability to receive this signal it will grow uninhibited until a mass of cells forms. Before this mass of cells is visible it is called a neoplasm, and is a tumour when it becomes visible.

Chemotherapy does not specifically target cancer cells, but rather cells that are undergoing rapid division. Tissues where the cells are dividing more often are more likely to be affected by chemotherapy. This means cells in the stomach lining, cells that make our hair, nails, and gametes are endangered by these drugs. Chemotherapy drugs can target cells a specific part of the cell cycle, or cells in any part of the cell cycle.

Alkylating drugs was the first form of chemotherapy to be developed. Originally alkylating agents were used in World War 1, not to treat patients but as mustard gas. It wasn’t until 1942 when scientists at Yale discovered that nitrogen mustards, similar to the sulfur mustards in the gas, were able to kill tumours found in mice. The alkyl group of the drug attach to negatively charged sites on the DNA strand, thereby altering function of the DNA (transcription, base pairing, and duplication) and halting cellular activity. This ultimately leads to the cell death. The strength and non-specificity means that this group of drugs in used in the treatment of almost all forms of cancer.

Anti-metabolites work to kill cancer cells by interfering with metabolic pathways. Drugs in this category compete with natural metabolites to be incorporated into DNA, but DNA that uses anti- metabolites is not functional. This prevents the cell cycle from exiting the S-phase, when the DNA is being replicated. This form of treatment is often uses another drug that will break down the anti-metabolite to prevent healthy cells from taking up too much of the chemotherapy drug.

Anthracyclins have a two-pronged approach to dealing with cancer cells. Free-oxygen radicals are formed within the cells which will attach to- and break down strands of DNA. The free-oxygen radicals will also complex with the protein topoisomerase, which is responsible for unwinding the DNA`s double helix, and prevent it from carrying out its function. Due to the toxicity of free-radicals doctors must monitor the health of the patient closely, the health of the heart is particularly susceptible to this form of chemotherapy. Closely related to anthracyclins, Anti-tumour antibiotics also form free-oxygen radicals which lead to the breaking of DNA strands. This form of chemotherapy is rarely used on its own, but with other chemotherapy drugs. Important in the treatment of testicular cancer and Hodgkin`s lymphoma.

Taxanes are a class of chemotherapy drugs derived from plants. This group inhibits cell division at the M phase by binding to and inhibiting the function of microtubules, keeping the sister chromosomes from separating.

Much of the effectiveness of chemotherapy is the timing of drug intake. Doctors synchronize the cell cycle of the target tissue with cycles of chemotherapy drugs, reducing the damage to other cells and maximizing the damage done to the cancer. The combination of the power of these drugs and proper timing has helped doctors take something with roots in chemical warfare to a drug that helps treat one of mankind’s deadliest diseases.