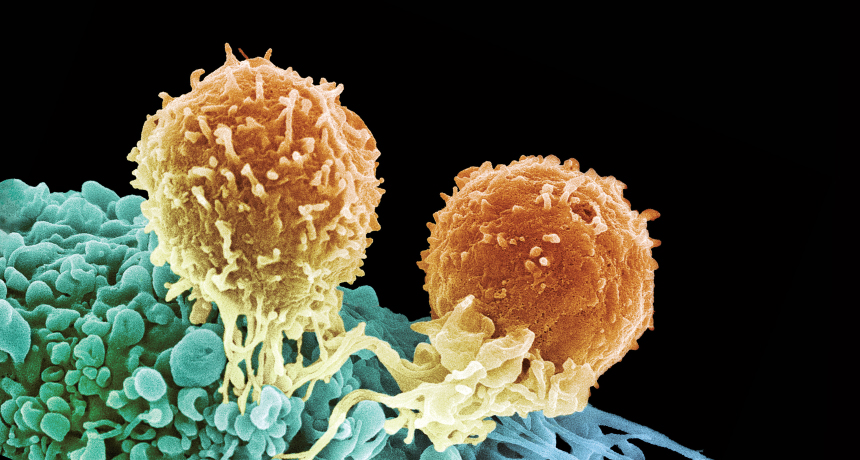 Can your body be induced to fight of cancer? A quick discussion on cancer and the potential of Immunotherapy.

Cancer, a familiar term laden with fear and emotion. Every one knows someone who has been diagnosed with cancer, many have even lost special people to the disease. The term comes up at dinner table discussions, schools, among friends, in discussions related to safety of GMO food products and even on a sunny day at the lake or on holidays in Hawaii or Mexico.

… Not every one who talks about cancer knows exactly what it is.

So… what exactly is cancer?

Cancer is when there is unbalance between generation of new cells and cell death where the cells are multiplying to quickly compared to the rate of cell death. Sometimes cells go crazy and start continuously and uncontrollably multiplying at a rapid rate (Bad!!!). Other times they might just form a sort of annoying bulge or growth over longer periods of time (not so bad). If the new uncontrollable mass of cells comes in contact with say the blood stream and start floating in your veins. These rouge cells then might settle somewhere else in your body and continue to multiply to form more lumps.

Metastasis: The ability to float around and migrate.

Tumor: is what we use to refer to these growing lumps and they can be categorized as benign or Malignant.

Benign tumors: grow slowly, do not metastasize, are not invasive…

Normal cells have a lot of “safety switches” where if something is abnormal the cell will go through apoptosis (controlled cell suicide) or place a signalling protein on the surface of the cell membrane to signal to the immune system that something isn’t right and action needs to be taken.

How do normal cells become cancerous?

Simply put, mutations are the root cause of cancer. However not just any mutation will lead to cancer but more specifically mutations in genes involved in regulation of cell replication, maintenance of cell identity and related to keeping the cell anchored in place (preventing metastasis) . Cells have A LOT of genetic material and many things can cause mutations including free oxygen radicles, radioactivity, UV light and even simple mistakes during DNA replication.

Mutation causing agents are classified into:

To learn more about what agents are carcinogenic visit: Medicinenet http://www.medicinenet.com/script/main/art.asp?articlekey=2625

Before cancerous cells become mobile or enter the blood stream tumors can “easily” be surgically removed depending on location. Obviously for brain tumors this is hardly an option. And once the tumors begin to spread throughout the body (metastasize) , it is no longer practical to remove it surgically because of the number of surgeries that would be required and the continual appearance of new tumors.

More recently, radiotherapy has been used to treat non-metastasized forms of cancer and works similarly to chemotherapy however is radiation is only locally applied and is much less detrimental to other cells in the body.

As the name suggests this is based on the idea that we could somehow induce the patient’s immune system to combat cancerous cells and tumors. This approach to treating cancer is currently a very hot topic of research as it provides a non-invasive treatment for cancer. There have been several successful clinical trials already. Immunotherapy has the long-anticipated potential to treat not only metastasized cancer but also cancer in very sensitive places such as the brain without causing additional damage to the patient.

The main form of Immunotherapy treatments is Immune check point inhibitors are proteins or monoclonal antibodies that block T-cell recognition of tumor cells as self, thus allowing T-cell destruction of cancer cells.

According to Yoshiko Iwai et al, PD-1 and CTLA-4 prevent autoimmunity by supressing T-cell mediated destruction of native cells. The paper also explains that PD-1 deficiency in mice eventually leads to autoimmune diseases in those mice however those mice also have resistance to cancer.

So, is it like inducing an autoimmune response for a short period of time but just long enough to get rid of the tumors? Well sort of, but the drugs used (according to Yoshiko Iwai et al) preferentially activate T-cells against cancer-antigens instead of self-antigens.

Although a lot of break throughs have been made, there is still a long way to go.

Current therapies for brain metastases for instance, are not anywhere near good enough and because as you could imagine, treatments such as surgery and radiotherapy could have some pretty serious detrimental effects on the patient. In a recently released review (Tan A.C et all, 2017) there is very strong emphasis on the need for further research regarding response to immune checkpoint inhibitors and biomarkers for such responses.

“…the unique immune response in the liver favors tolerance, which can represent a real challenge for conventional immunotherapy in these patients. Spontaneous immune responses against tumor antigens have been detected, and new immune therapies are under investigation: dendritic cell vaccination, immune-modulator strategy, and immune checkpoint inhibition…”

CANCEROUS MACHINERY: THE METHOD AND THE MADNESS OF ONCOVIRUSES