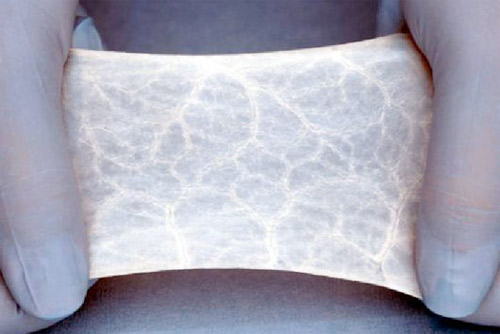 Stems cells, we often don’t pay close attention to their main function, however without them there wouldn’t be life itself. These cells aren’t just the basis for the beginning of a life, but have multiple other functions associated with them. One of those, the focus of this article, is regeneration. Regeneration begins at the cellular level, but can have an immense impact at the macroscopic level especially after a severe sustained injury. Unfortunately the body as most understand, does have limitations. Organs or limbs that are lost cannot be regenerated or easily replaced due to the fact that adult stems cells are not like their predecessors, the embryonic stem cells. Adult stems cells are far more limited in their range of multi-potent abilities when compared to the embryonic stem cells, but still possess many regenerative capabilities (Figure 1). Additionally, these capabilities even are more limited when severe injuries are concerned. The extent of damage may be too severe, and may be missing important features including proper vascularization and neural networks. Although the range of adult stem cells is limited when looking at the macroscopic level there are still many options to utilize these cells with the aid of artificial processes. This process can be termed bridging.

Professor Kulwinder Dua, from the College of Wisconsin, and associates saw this potential use for stem cells in the form of a bridge. A patient was presented before them with severe injuries to the esophagus. Standard medical practices of attaching the remains of the esophagus to the stomach could not be performed on him due to the severity of the injury. Dua’s theory was that the patient could regenerate his esophagus with a combination type bridging method. The hypothesis was that adult stem cells could be used in combination with a platelet rich medium, and placed over an artificial stent bridge between the large damaged portions. After a total of eleven years, the later four years being without stents, the patient has been able to eat normally maintaining their weight. The technique allowed the stem cells to generate with the aid of growth factors that attracted other stem cells to the region for continued regeneration. The graft placed over the damaged region was integrated, and formed the same five layers present in healthy esophageal tissue. (Dua et al. 2016).

Stem cells though must be considered as being part of the larger body as well. Dr. Kang Zhang , from San Diego School of Medicine, didn’t use the method of inserting artificially-created stem cells, but used endogenous stem cells already present at the local site. He proposed when a child presented with cataracts that if the integrity of the lens is maintained that the already present stem cells (endogenous stems cells or LEC’s) should be able to grow and multiply to form lenses for vision when properly stimulated. In previous cases it was noted that cataracts formed due to irregularly shaped lenses that prevented LEC cells from regenerating properly. This resulted in a clouded iris being formed preventing the passage of light to the retina causing blindness. The study was found to be successful on infant subjects, where cataract development was commencing, allowing them to see with minimum associated complications. This shows the regenerative capabilities of stem cells when harnessed by the body, but also demonstrates that a framework is also very important in the proper regeneration of a tissue on the macroscopic level. (Zhang et al. 2016).

Stem cells have proven to be a framework for development, but also continued survival of an organism playing a role in maintenance. Applications of stem cells have still yet to be explored in areas such as cancer. Cancer is a variable topic since it is a collection of diseases instead of just one disease. Cells in this category continually proliferate preventing the proper function of stem cells by regenerating and restoring proper function (Figure 2). It has to be noted that stem cell mutations can result which can lead to an imbalance of the homeostasis. The metastatic effect of cancer can also cause envelopment of these cells even erasing them preventing maintenance of tissues. Hypothetically this will prevent such techniques as bridging from performing optimally possibly leading to worsening complications.

Figure 2. Uncontrolled proliferation (metastases) of cancer cells in a sequential order within the body.http://www.webdicine.com/3-stages-of-cancer-development.html

Overall, stem cells don’t just have a noticeable effect at the micro-molecular level, but is very prevalent at the macromolecular level as well. With the addition of a supported framework, stem cells are able to function more optimally allowing regeneration of tissue to perform functions relatively similar to previously undamaged tissue. This can all be done without the use of evasive action. The possibilities with stem cells and cell regeneration are endless. With a continued understanding and application of these cells it could lead to the development of not only improving the quality of one’s life, but also extending it far beyond what we could even expect or imagine…