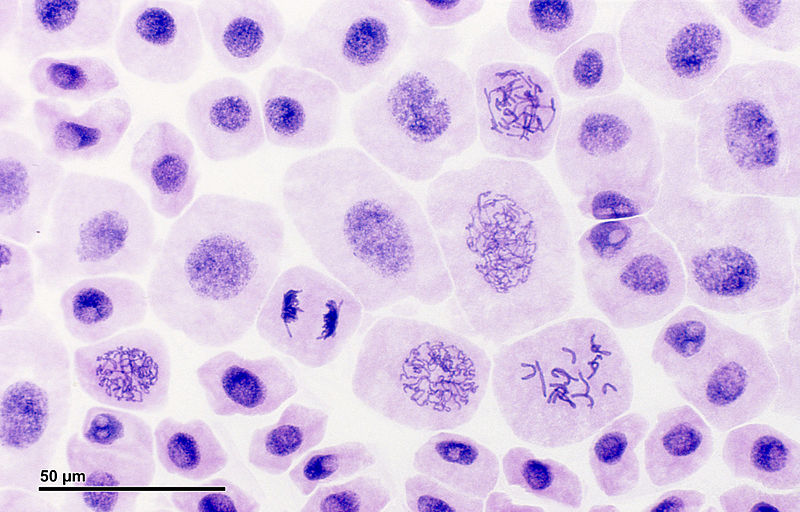 Are You Addicted To the Worlds Most Dangerous Drug?

“It’s not procrastinating if you’re drinking coffee, its 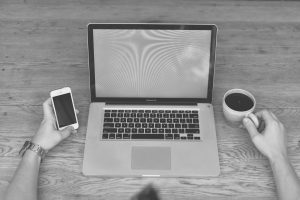 Caffeine was first discovered back in 1819 by Friedlieb Ferdinand, and is now one of the most widely consumed central nervous system stimulants in the world2,3. According to survey conducted by Mitchell et al. 2013, one or more caffeinated beverages were consumed by 85% of the U.S population4! Consumption of this drug is highly prevalent amongst youth as studies found that children aged 5-7 and 8-10 were consuming 52mg and 109mg daily respectively5. Allowing your child to consume 109mg of caffeine in one day is almost equivalent for letting them drink a 5 Alarm Energy Shot6. Yikes! This transcendent compound (Figure 1) is typically found in the leaves and seeds of various plants7. Throughout my undergraduate education, I’ve come to realize that caffeine is ALL the rage. How couldn’t it be? Its delectable, revirgorating, and uplifting! From oozy chocolates, obnoxious flavoured coffees, notorious energy drinks to delicate tasting teas. Caffeine is the go to drug for sleep deprived individuals and it gives them one last adrenaline rush to power through and finish the work day strong. The availability and accessibility of this drug is mind boggling because its literally found ubiquitously throughout the world, which doesn’t really do much for those recovering addicts (*as I write this post while drinking copious amounts of coffee*). My parents always told me, and I’m almost positive that yours did too, that too much caffeine can stop you from “growing”?! 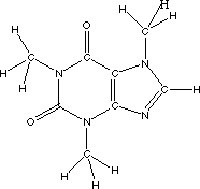 Even though caffeine has been around for decades, and many of its effects on human physiology have been explored, research conducted on its effects specifically on cell cycle progression has been enigmatic. The FDA has cited that four to five cups of coffee, or 400 milligrams of caffeine per day (for adults) is not correlated with adverse effects such as toxicity, cardiovascular disease, elevated incidences of cancer, and male fertility8,9. Several studies, however, have been conducted on human and mouse fibroblasts cells which used different blood levels of caffeine ranging from 1mM-10mM to monitored its effects10,11. Literature’s reported that caffeine impedes cell cycle functionality, induces apoptosis and agitates key regulatory proteins like p5312. These processes are all governed by mitosis (Figure 2).

Specifically, mitosis produces two identical daughter cells, which then undergo interphase12. The process of interphase prepares cells for cell division, which eventually allows for the formation of tissues, and organs12. Within interphase, the G1, S, and G2 stages exist12. G1 is responsible for duplicating cellular components of a cell, like the mitochondria. From this, the cell may or may not withdraw into a resting period of dormancy (G0 stage) 12.  The S phase is required for chromosome duplication, and the G2 phase is a check point which ensures duplication has been properly executed12. Cyclin-dependent kinases (Cdks) control cell cycle checkpoints when combined with their corresponding cyclins, and ensure that progression throughout is unidirectional.

Mammalian cells are typically retained in the quiescent stage under normal circumstances. However, the addition of growth factors moves the cells from G0 to G1 and G1 to S, and cyclin-D (Cdk4, Cdk6) plays a critical role for these transitions12. Specifically, this cyclin-Cdk combination phosphorylates and inactivates the protein Retinoblastoma (Rb), which is essentially a G1 “brake”, and sharpens the transition into S phase when bound to the transcriptional factor E2F12. Due to this activation, further transcription is induced and the expression of cyclin-A is promoted, thus allowing for further movement into S phase (Figure 3).

Constantly throughout my childhood (and sometimes even today) my parents would scold me for drinking too many caffeinated beverages. Threats would be uttered that I’d never grow, but I never really understood why!

When JB6 Cl41 mouse epidermal cells were treated with the mitogenic stimulus, fetal bovine serum (FBS), and upward levels of caffeine, cell proliferation was inhibited in vitro9. They found that lower levels of caffeine (<1mM) did not effect cell cell cycle distribution (Figure 4) however (>1mM) inhibited the activation of the cyclinD1-Cdk4 complex, which is required for G0/G1 transitioning. Specifically, Rb phosphorylation significantly decreased at Ser780 and Ser807/811, the sites at which Cdk4 phosphorylation would typically occur9. Ultimately, this suggested that phosphorylation inhibition due to caffeine temporary induced cell arrest, thus prolonging cell growth, as the E2F was unable to activate the genes required for subsequent progression. 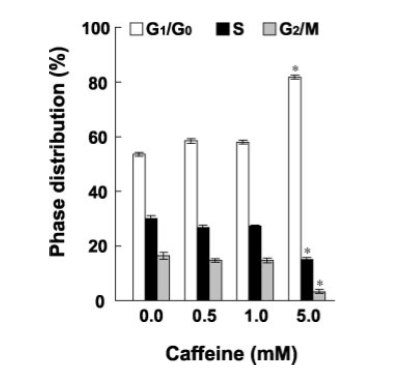 Figure 4. Caffeine at 1mM does not induce cell cycle arrest in JB6 mouse epidermal cells. Cells were cultured in caffeine at 0.5mM, 1.0mM, or 5.0Mm and incubated for 24 hours9.

Furthermore, another study found that mitotic events in early S phase have also been repressed or prolonged in a caffeine dose dependent manner. A study conducted on baby hamster kidney (BHK) cells, found that upward levels of (>5mM) caused cell arrest in early S phase, leading to underdeveloped chromosomes that were not fully condensed, and premature nuclear envelope break down13. Infrared spectroscopy showed that caffeine significantly decreased the fractionation of cells in early S phase by nearly 70-80%.

To Quit, or Not to Quit: That is the Question

You’re probably thinking that your mom was right, and you’re going to overdose from all that caffeine consumption, however, fear not! Many of these studies are finding that growth can be prolonged, but does it doesn’t really harm us! This is accredited to the fact that it is physiologically impossible for one to have a caffeine blood level of higher than 1mM, as you’d need to chug 100 cups of coffee in one go12. Our stomachs’ just don’t have the carrying capacity to perform such an act! A typical cup of coffee contains around 150mM caffeine, and it has a half life about 6 hours14. After six hours have passed, your body will only contain 75mg of caffeine, and will thus only exhibit half of its effect, so on and so forth14. This is why we feel the constant urge to refuel throughout the day. You’re not off the hook yet! Naturally there are minor health issues associated with consuming “too much” caffeine, like nausea, muscle twitching, headaches, increased heartbeats, and dizziness, but these symptoms typically subside14.  So the moral of the story here is too much of one thing is never a good thing.