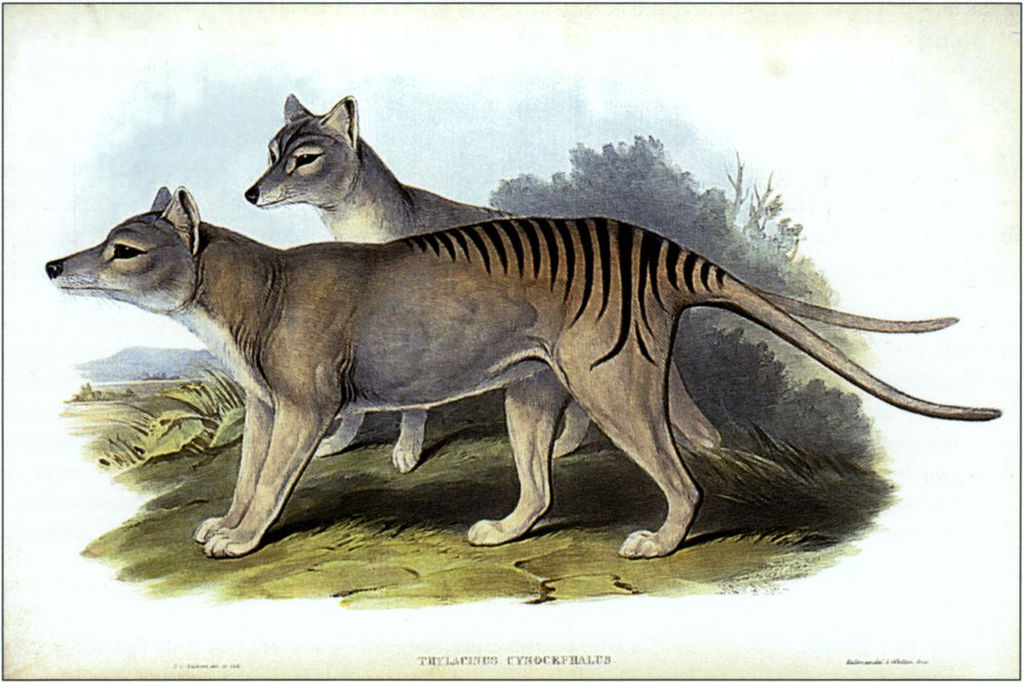 As a collective species, humankind has become increasingly conscious of the impact our activity has had on the myriad of creatures with whom we share the planet. Given the existence of five periods of mass extinction that occurred tens of millions of years before man even started walking the earth, it might seem a tad ludicrous to shoulder the entirety of the blame and responsibility for this unfortunate phenomenon ourselves. In spite of this, statistics show that the number of species dying off completely has skyrocketed since the Industrial Revolution, to the point where our behaviours since then have been stated as a major contributing factor to the current mass extinction. Following that wake-up call, scientists and conservationists the world over have implemented hundreds of breeding and sustainability programs in a bid to bring endangered populations back up. Such measures may be small comfort for creatures that have already been wiped out, however many determined researchers and passionate animal lovers have been delving into the possibilities of cloning and/or storing certain cells to use later for the better part of a century.

Figure 1. The estimated number of species extinctions for the last 200 years and projection into the near future. Source: http://sixthmassextinction.blogspot.ca/2011/03/evidence-for-sixth-mass-extinction.html

In this regard, one of the leading institutions in preservation of a wide range of animals is the San Diego Zoo’s Frozen Zoo. Although initially developed to study genetic variation in chromosomes, the program has gradually expanded to include preserving stem cell cultures to provide for research into potential preservation efforts. Not only that, but the minds behind this project have also discovered methods for preserving a multitude of animal gametes for as long as decades at a time and still have them be fully viable for artificial insemination after that period has elapsed. All of this is thanks to their special techniques for freezing and thawing sperm and oocytes, with the particular approach used depending on the animal. It makes sense that each type of gamete must have species-specific treatment, because they can vary widely and in turn create problems for the process. For example, the finfish ova can be more difficult to quick-freeze and store, due to its large size and thick membrane. Another notoriously difficult sperm type for the Frozen Zoo to preserve is that of reptiles, simply because relatively little is known about it. The vast amount of potential frustration largely stems from the delicacy of the gametes themselves and the toll deep refrigeration can take on them. In a study of ram sperm, Bailey, Bilodeau and Cormier noted that a sufficient amount of damage can change or destroy the acrosomal cap. If this happens, it can become difficult or even impossible for the sperm cells to dissolve the jelly layer around an egg and achieve fertilization. Similarly, enough breakage in the tail can effectively paralyze the cell. Simply put, a lot of trial-and-error work has to go into this brand of research in order to make it even slightly successful. 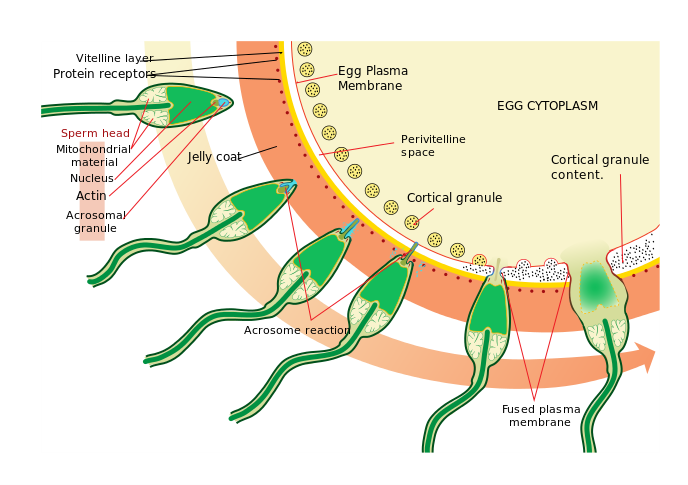 Figure 2. Overview of the acrosomal reaction, demonstrated in a sea urchin by LadyofHats (available under public domain)

So is all of this pain really worth it? Many in the field believe so, even aside from the wealth of knowledge obtained from studies similar to those carried out by the Frozen Zoo. Dr. Don P. Wolf, a professor of obstetrics and gynecology at the Oregon University of Health Sciences, has noted the ethical benefits of freezing eggs and sperm as opposed to embryos. Considering that some groups believe that life begins at fertilization, subjecting to cryogenic treatment what those people consider a human being would likely not go over so well. Also helping the cause is the fact that even after being frozen for 20 years, sperm cells have still been shown to be capable of fertilizing eggs if both are frozen and thawed with precision and care. Not long ago, the San Diego scientists reported success in artificially inseminating the endangered Chinese monal pheasant with sperm cells preserved in liquid nitrogen, as well as the production of stem cell cultures for use by fellow researchers.

Therefore, in accordance with the growing success of the cryopreservation of animal gametes, it stands to reason that further reproductive efforts might be made utilizing other animal cells, marking the point where cloning comes in. Of course, such a topic can hardly be brought up without mentioning Dolly the sheep, the first animal to be created this way. Rather than the traditional fusion of sperm and egg, Dolly was made by a process called nuclear transfer, done by taking an enucleated (nucleus removed) egg cell, injecting it with a mammary cell and using pulses to fuse the two. The embryo was the supplanted into a surrogate mother. From there, numerous efforts have been undertaken to duplicate the results with considerably rarer animals. In 2004, Robert Lanza and his team attempted to clone the gaur bull from somatic cells using a similar method as the team behind Dolly’s creation. Of the eight cows to be successfully impregnated this way, the first gave birth in 2001 to a calf named Noah. Sadly, an intestinal Clostridium infection common in livestock young claimed Noah’s life two days later, but his short life still stands as a testament to the vast potential of the cloning process. In addition, the moderately use of domestic cows as the surrogate mothers in this study showed that sufficiently similar species could be made to cross-breed. Due to the fact that a somatic cell rather than a sperm cell unites with the egg in this practice, the species specificity normally provided by the sperm cell’s acrosomal cap is largely bypassed. While it may sound like the key to interbreeding all species has been found and raise many an eyebrow in the process, one roadblock is still in place. Different creatures have different numbers of chromosomes and different patterns of nucleotides in their DNA, making pairing up and replication all but impossible. 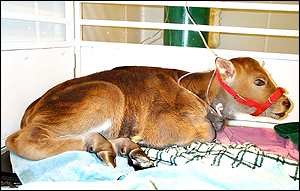 Shaky quandaries notwithstanding, many research teams were eager in their attempts to clone extinct animals using preserved cells and specimens. Among the first species to be studied in this light was the thylacine, better known as the Tasmanian tiger. These wolf-sized mammals died out in 1936, exterminated by farmers to prevent them from preying on their sheep. In May of 2000, Australian scientists borrowed DNA from a formaldehyde-preserved pup kept at the Australia Museum, with museum director Mike Archer directing the project. The possible fruitfulness of this research varies depending on the members of the scientific community one asks, but unfortunately Archer says it could take another 10-15 years to clone the animal. As opportunity would have it, however, the application of the procedure to other extinct animals has given slightly more tangible results. In 2009, Folch’s team managed to bring to term a single cloned embryo of the extinct bucardo goat. As promising as this sounds, the little animal died minutes later due to a lung defect. 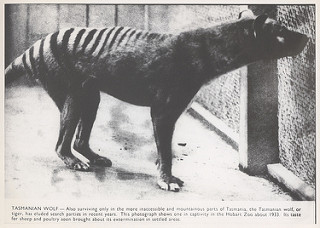 Figure 4. A photograph of the last Tasmanian tiger in captivity. Source: Tasmanian Archive and Heritage Office, licensed under CC BY-NC 2.0

Problems such as these introduce a new wrinkle into the system – the limited gene pool that one would be forced to work with for extinct and critically endangered animals. The smallest error in the genome could have disastrous consequences for the potential offspring. Unless we have a method for correcting the DNA at the nucleotide level ourselves, we are risking the offspring’s health and safety when working with what relatively little material we would have from these animals. Kenneth Lee alluded to this problem regarding the attempts to apply nuclear transfer cloning to the cheetah population. Further complicating the matter are the epigenetic changes that would be maintained in the cloning process. While this wouldn’t be much of a problem for clones of mammals, since they normally keep epigenetic tags after fertilization anyway, other classes of animals might not be cloned as well due to this factor and the virtually endless miasma of possible combinations of changes that may or may not be needed for proper development. Finally, there are considerably more ethical issues surrounding cloning as opposed to cryopreservation of gametes. Many opponents argue that we would be “playing God” by manipulating the creation of life at the cellular level and fiddling with something we weren’t meant to. While such feelings might not be entirely groundless, Mike Archer himself made quite the succinct counterargument, simply stating, “…people played God when we exterminated [the Tasmanian tiger] in the first place.”

Advanced artificial reproductive techniques and technologies, such as those mentioned here, have come quite the long way in the last century. The world over, places such as sperm banks have helped humans reproduce more easily, and now the same concept is in the process of being applied to the rest of the animal kingdom. However, despite all of the progress we have made, only the surface has been scratched. Cryopreservation of gametes, while more ethically acceptable and having a higher success rate than cloning, still requires much more analysis of several different classes of animals, particularly the reptilians. With incomplete knowledge of how to preserve and thaw viable of gametes of species of interest, much more investigation must be applied in order to fill in the blank spots and press forward with what is essentially a sped-up breeding program. Cloning, on the other hand, has far more ethical issues and complications attached to it. Whether or not the practice will be made more acceptable to the general public remains to be seen, but the real problem comes from the efficiency and success rates. Until a significant number of nuclear transfers become fully formed embryos and more than one or two of the couple hundred created lead to a live birth, cloning will likely be seen as being in its infancy at best. Implementing more ways to save our animal neighbours is definitely an admirable undertaking, but we need to improve our methods if we want our intentions to bear any fruit.