Alzheimer’s is a progressive neurodegenerative disease that affects many people around the world. The cause of this disease is unknown but many factors contribute to it. Current drugs are used to treat and mask the symptoms of Alzheimer’s but there is no cure. Researchers are currently looking for ways to treat Alzheimer’s at the genetic level. Using RNA interference to knockdown or silence certain genes that contribute to the formation of Alzheimer’s is a step in the right direction.

Small interfering RNA (siRNA), also known as short interfering RNA or silencing RNA, is a class of double-stranded RNA molecules 20-25 base pairs in length. SiRNA works by interfering with the expression of specific genes by degrading mRNA after transcription, preventing translation. The mechanism for how this occurs is as follows. A long dsDNA is cleaved by an endonuclease called Dicer that cuts the dsDNA into siRNA. The siRNA then enters the cell and get incorporated into other proteins to form the RNA-inducing silencing complex (RISC). The siRNA gets unwound into a single stranded siRNA then it scans to find a complementary mRNA. The siRNA binds to the target mRNA and induces cleavage. The mRNA that is cut is now recognized as abnormal by the cell which degrades the mRNA and can no longer be translated into proteins. This mechanism effectively silences the genes that code the mRNA that is cut. 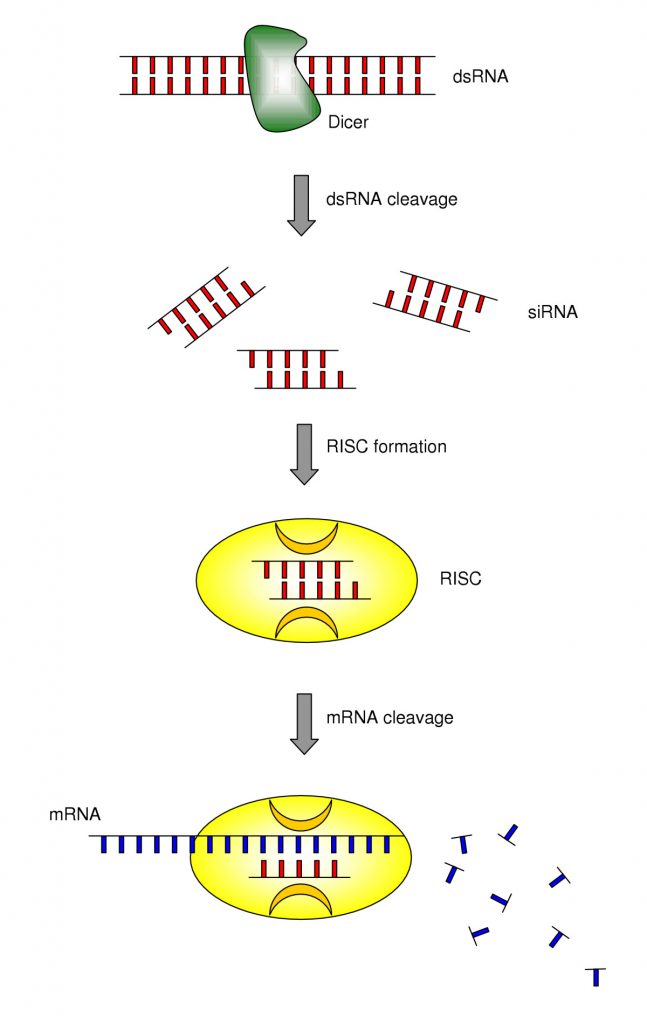 Figure 1 – Mechanism for RNA interference. This file is licensed under the Creative Commons Attribution 2.0 Generic license.

RNA interference can be used in a variety of different applications. Scientists can use siRNA to test the accuracy of their predictions about gene function based on expression patterns of different samples. SiRNA’s are very useful in pathway analysis. Reducing expression of a single gene could have effects on the activity of genes that are in the same pathway. For example, reducing expression of p53 would reduce the expression of any gene that relies on p53 for activity or regulation. This application is useful for identifying genes that are associated with the target gene. Cells can still survive even if an important developmental gene is silenced. These genes that allow the survival of the cell are called redundant genes. SiRNA can identify these genes by co-transfection and assaying for a given phenotype. It can also be used in drug development and delivery. SiRNA’s can be used to reduce the expression of a potential therapeutic target which would provide confidence that an inhibitor of the same target gene should have therapeutic value. Researchers have already shown that the RNAi pathway is active in mice and that siRNA’s are effective in several different tissues. Publications have shown that siRNA’s can inhibit replication of HIV, and Hepatitis B.

Neurodegeneration is the progressive loss of function of neurons including death of neurons. Alzheimer’s Disease (AD) is a neurodegenerative disease that causes problems with memory, thinking, and behaviour. It is a progressive form of dementia that worsens over time and typically increases in risk as you get older. There are two types of the disease: Sporadic AD (SAD) and familial AD (FAD). Three genes lead to FAD – amyloid precursor protein (APP), presenilin 1 (PS1), and presenilin 2 (PS2). The a4 allele of the apolipoprotein E gene has been found to be the major risk factor for SAD. Although there is no specific cause for Alzheimer’s, scientists believe that a combination of genetic, lifestyle, and environmental factors contribute to the disease. Senile plaques and neurofibrillary tangles are thought to be a leading cause. Senile plaques are bundles of beta-amyloid protein and they are found on the outside of brain cells in people with Alzheimer’s disease. A protein called tau is needed for support and transport for brain cells. These neurofibrillary tangles are threads of tau twisted into abnormal tangles inside brain cells. This leads to failure of transport so the brain cells do not receive all of the nutrients they require.

Figure 2 – Normal human brain on the left and a brain affected by Alzheimer’s on the right. Photo uploaded to the public domain by Garrondo

Although there is no effective therapeutic method for treatment of Alzheimer’s, RNA interference technology may be able to control it by inhibiting the protein expression of specific genes by RNA degradation. SiRNA can be useful in studying gene function, investigating the mechanism of the disease, and to validate drug targets. The tau protein interacts with tubulin and helps stabilize and assemble microtubules. Tau is found mostly in neuronal cells and when it is defected it can cause neurofibrillary tangles. Silencing genes that contribute to the translation of tau proteins can decrease the amount of neurofibrillary tangles in the brain. RNAi knockdown of MSUT2 in human cells causes a decrease in tau aggregation. A study that silenced CDK5 (cyclin-dependent kinase) in mice strongly decreased the number of neurofibrillary tangles in the hippocampus of triple transgenic mice. Short hairpin RNA (shRNA) has also been used by silencing allele-specific genes to suppress mutant APP.

Alzheimer’s and other neurodegenerative diseases have unmet medical needs in neurology. Even though AD was identified over one hundred years ago, there is still no cure. Current drugs can suppress the symptoms but don’t contribute to fighting the disease in the long term. RNA interference has become a valuable tool in understanding AD and will eventually be a useful technique in fighting neurodegenerative diseases.

This work by R. Young is licensed under a Creative Commons CC-BY Attribution 4.0 International License.

When Running Could Literally Kill You