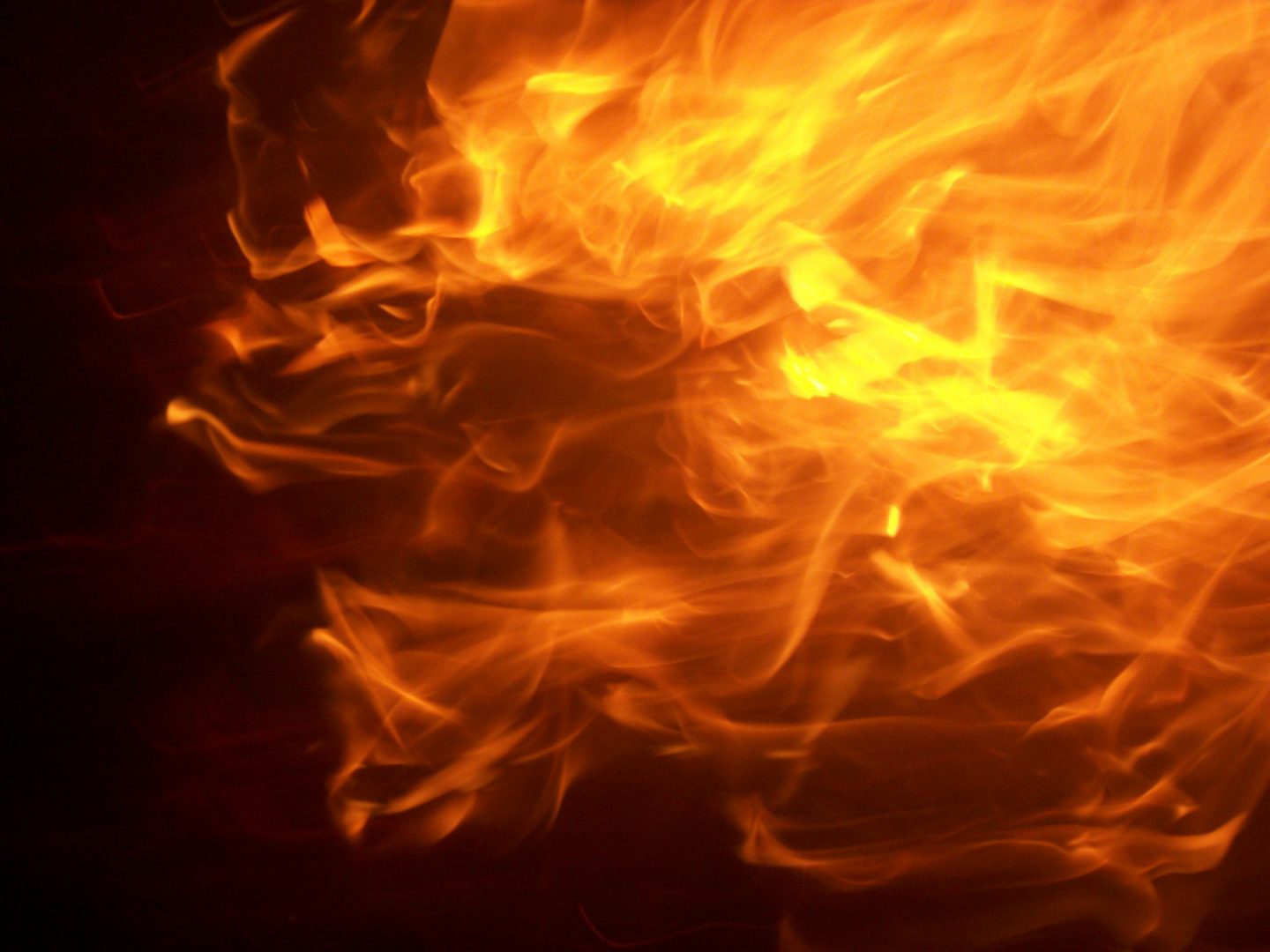 Obesity is a debilitating disease that is continually growing in its prevalence, especially within Canada, having an approximate 20.2% of obese individuals above the age of 18, in 2014. This disease can have large effect on other systems in the body, resulting in, but not limited to, cardiovascular, endocrine, skeletal and psychological problems. Obese individuals will generally have a large adipose tissue mass, but the condition is not solely defined by this. In an obese phenotype, adipose tissue is also shown to have a dysfunction when it comes to proper lipid storage, lipid mobilization, and endocrine signalling and response. It is believed by some that once adipocytes in a given adipose depot reach a terminal mass, they lose the ability to grow more, forcing the body to either store lipid in peripheral tissue or through increasing over all adipocyte numbers. Therefore, it is not enough to solely remove excess adipose tissue through procedures like liposuction, but it is required to properly reduce the overall lipid content of the individual adipocytes, to restore the tissues proper functions.

In general, obesity is defined as an imbalance in the energy equation, with energy intake outweighing energy expenditure. To combat and treat this condition, the imbalance in the energy equation must be reset, with an increase in relative energy expenditure. Three of the main ways in which the body expends excess calories are through our basal metabolic activities, increased physical activity, and through adaptive thermogenesis. The two most common methods that people use to attempt weight loss are dieting (decreasing energy intake) and through physical activity. Both of these methods however are often ineffective and even dangerous to obese individuals. Pharmacological intervention is seen by many researchers as a requirement to fight this disease, however, previous anti-obesity drugs that have been used had several deleterious effects, causing problems such as cardiovascular and pulmonary distress. Many researchers see the activation of adaptive thermogenesis in thermogenic adipocytes as a desirable target however, utilizing one’s own adipose tissue to reduce its own mass.

Brown adipose tissue (BAT) is a thermogenically active tissue type composed of brown adipocytes. They get their name from their physically brown appearance, due to exceptionally high mitochondria counts. Individual brown adipocytes visually differ from white adipocytes in that they are multilocular, or rather have multiple lipid droplets, as opposed to a large, single droplet seen in white adipocytes.

BAT is responsible for adaptive thermogenesis with the use of the specialized protein, uncoupling protein 1 (UCP1), which releases the protein gradient produced in oxidative phosphorylation for heat production, rather than ATP-synthesis. This allows BAT to respond to decreasing temperature, maintaining body temperature, as well as to help maintain energy homeostasis. The tissue is activated to undergo adaptive thermogenesis through the b3-adrenergic receptor (b3AR). The b3AR is a g-protein coupled receptor that is activated with norepinephrine stimulus from the sympathetic nervous system. Its stimulation activates many pathways, increasing lipid breakdown, glucose uptake, UCP1 transcription, and mitochondrial biogenesis.

BAT study is commonally performed in mice, observing their interscapular BAT depot (iBAT), which is also observed in human infants. However, by the time the infant reaches adulthood, their iBAT has been replaced with mainly muscle. To this point, it is known through PET-CT imaging that the only areas of BAT present in adult humans are in the supraclavicular, cervical, and para-vertebral areas, and are much less active in obese individuals. A decreased prevalence of BAT in obese individuals would be expected, as they have more insulating lipid and therefore a lowered need for extra heat production, over what their body produces from its basal metabolic activities. BAT is not solely utilized in response to cold stress however, as studies have shown a measurable level of activity and UCP1 content in the iBAT of mice housed at thermoneutrality (temperature when adaptive thermogenesis is not required to maintain proper body temperature). Additionally, UCP1-knockouts housed at thermoneutrality are shown to develop obesity when fed the same diet as non-obese, thermoneutral mice.

Direct pharmacological activation of BAT is not viable, as the drug would most likely have effects on many other bodily systems. Therefore, a more indirect method is being pursued by many researchers, specifically attempting to produce thermogenically active cells from or within the already present white adipose tissue, turning it into a energy expending, rather than storing, organ. These brown-in-white or beige adipocytes, as they are known, are gaining traction as a viable therapy to combat obesity.

Beige adipocytes are found within normally white adipose depots, and are physiologically produced for additional heat production during cold stress. The differentiation of beige adipocytes in white fat is known called browning. They are similar to brown adipocytes both in appearance and function, utilizing large mitochondria numbers and UCP1 for adaptive thermogenesis. Even with their similarities, beige and brown are known to have different lineages and gene expression patterns. Both are derived from mesenchymal stem cells, yet they differentiate through separate paths. Brown adipocytes are derived from myogenic factor 5 expressing (myf5+)cells, which additionally act as pre-myocyte precursor cells. Beige adipocytes are derived either directly from myf5– cells, which also usually give rise to white adipocytes, or they have also been observed to arise from the trans-differentiation of existing white adipocytes. A particular difference in gene expression is seen with the expressions of the homeobox genes HOXC8 and HOXC9. Being HOX genes, they do have some antero-posterio positional influence in their expressions, yet correlations between browning and their expressions are still observed. Specifically, a general negative correlation is seen for HOXC8 in white adipose tissue, in which its mRNA expressions decrease with increased browning. For HOXC9, the opposite is observed, in which its expression increases as more beige adipocytes appear. Further evidence of browning, as well as increased BAT activity are also seen with increased fibroblast growth factor 21 (Fgf21) and with vascular endothelial growth factor A (VEGFA). Fgf21 aids in the insulin signally pathway, increasing the tissues ability to uptake glucose from the blood, and VEGFA is produced by the tissue to increase angiogenesis, allowing increased glucose uptake, warming of the blood (because the BAT and beige tissue are thermogenic) and increased lipid mobilization from the white adipose tissue.

Beige adipocyte differentiation or browning is an enticing target, as it will allow changing an individual’s own white adipose tissue so that it can reduce its own mass through energy expenditure. Currently, specific activation methods of browning are unknown, as many of the known methods of activation can have radical effects on other areas of the body. A common drug used in cell culture to induce browning is rosiglitazone, an anti-diabetic drug that acts to increase cellular glucose uptake. It was an effective drug, and yet many bad side effects were observed, specifically within the cardiovascular system. Many of the therapies that have been developed to combat obesity have experienced problems like this, as the adipose tissue is now known, more than ever to be very influential in the processes and functions of many other tissue types. Any change to its composition or function can majorly effect the rest of the body. As researchers learn more about the role of adipose tissue in the body, their knowledge on adaptive thermogenesis will increase.  Hopefully, they will be able to develop a proper therapeutic to activate beige adipocyte differentiation and help those with obesity.

This work by Erik Schien is licensed under a Creative Commons CC-BY Attribution 4.0 International License.

Don’t take it, make it: From Blood and Skin to Nerves and Neurons