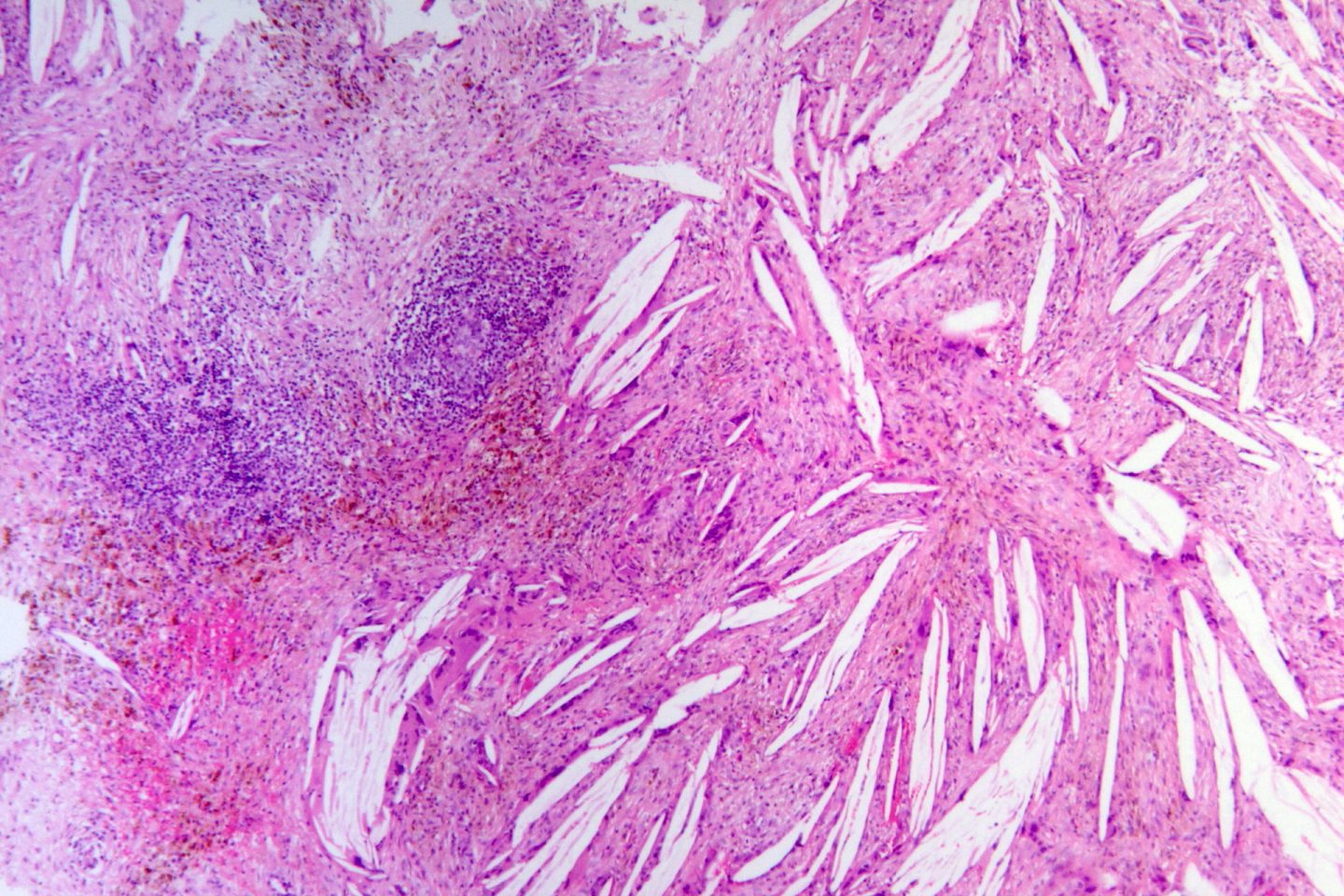 Underlying Factors of the Hallmarks of Cancer

You have heard of the six hallmarks of cancer: self-sufficiency in growth signals, insensitivity to anti-growth signals, tissue invasion and metastasis, limitless replicative potential, sustained angiogenesis, and evading apoptosis. These were considered the six defining and underlying characteristics governing the transition from normal to malignant cells, however, much research in the years following the six hallmarks publication has provided strong support for four more hallmarks, two of which may be the keys to acquiring all the rest. These two are described as the enabling characteristics of cancer, as they may be the mechanism behind cells achieving tumourigenic potential.

The other two new hallmarks are similar to the original six in that they are acquired characters which contribute to a cancer cell’s metastatic potential, however, in contrast to the original six, relatively little evidence exists for these two characters, hence, they are called emerging hallmarks. The emerging hallmarks are deregulating cellular metabolism and the avoidance of immune destruction.

Here, I will discuss the role of cancer’s enabling characteristics in the acquirement of the other hallmarks, particularly, the cancer promoting role of inflammation and the tumour microenvironment. 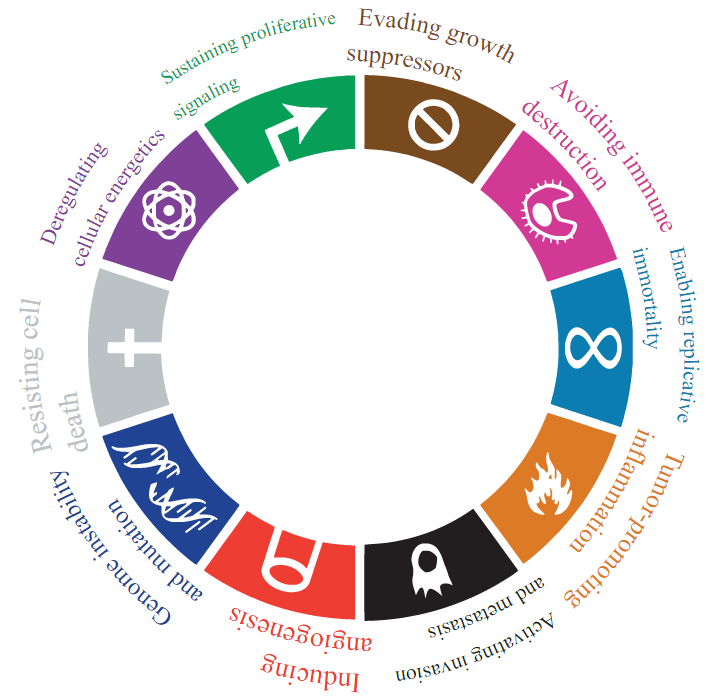 The Ten Hallmarks of Cancer

Genome instability is both a pre-requisite, and a property of cancerous cells. Sub-colonies of cells develop an altered gene expression profile giving them a selective advantage over physiologically normal cells, which leads to their exaggerated growth and monopolization of resources in a tissue. Genomic alterations can occur through genetic mutations or epigenetic changes such as alterations to the histone code or dysregulation of microRNAs. Cancer cells can even speed the rate of genome alteration through increased sensitivity to mutagens and suppression of DNA surveillance and repair machinery. For example, mutations in the tumour suppressor gene Tp53 can lead to a loss of cell cycle control, as well as promote invasion and cell survival. Altogether, genomic mutations and instability can lead to the acquirement and maintenance of the hallmarks of cancer in a cell colony, and subsequent tumourigenesis. 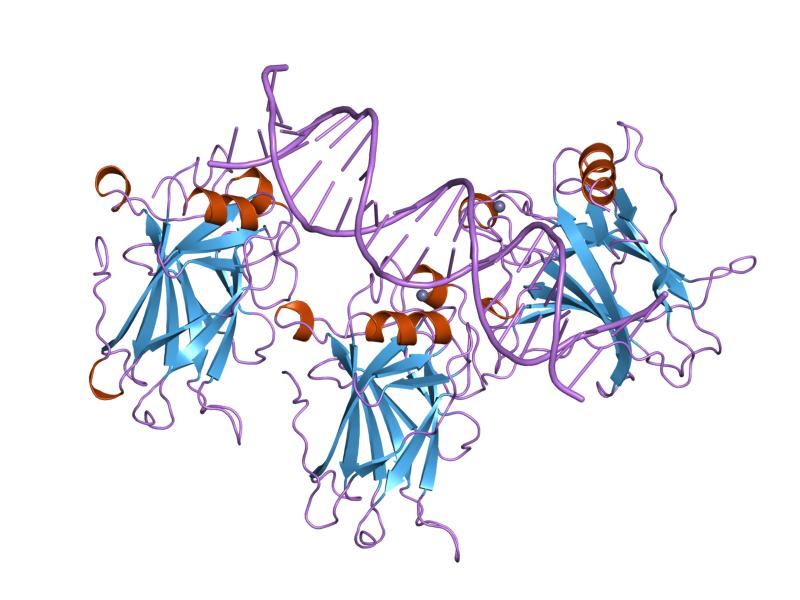 The inflammatory tumour microenvironment is responsible for facilitating and exacerbating many aspects of invasion, metastasis, angiogenesis, and other hallmarks of cancer. One of the ways in which cancer cells trigger inflammation is by the release of inflammatory signaling molecules called cytokines. A subgroup of cytokines, called chemokines, recruit macrophages and other immune cells to the developing tumour. Typically, macrophages can be activated to a M1, anti-tumour phenotype or a M2, wound healing and pro-tumour phenotype depending on the signaling molecules they are exposed to. The macrophages in to tumour microenvironments are nearly always most similar to M2, pro-tumour macrophages. This phenotype is thought to be activated by cancer cell cytokines including interleukin-10 and colony stimulating factor-1. Tumour associated macrophages play several roles in facilitating tumour progression. They release the angiogenesis inducing factors, vascular endothelial growth factor-1 and cyclooxygenase-2. In breast cancer, macrophages activate epidermal growth factor signaling in malignant cells, enhancing proliferation and metastasis. They have also been reported to assist in intravasation, which is tumour cell invasion into blood or lymphatic vessels to facilitate metastasis. Macrophages and other immune cells may act to exacerbate cancer cell mutation rates by releasing reactive oxygen species to induce DNA damage. Mutations in the previously mentioned p53 tumour suppressor gene were found both in cancerous cells and non-cancerous, inflamed tissues suggesting induced damage by inflammatory radicals.

In addition to chemical inflammatory signaling, cancer cells can induce changes in the physical microenvironment making it more plastic and similar to an inflammatory wound-healing environment, conducive to tumourigenesis. Fibroblasts are an integral part of the stroma which secrete molecules with structural and signaling roles to modulate the extracellular matrix and surrounding cells. Cytokines secreted by immune or cancer cells can trigger fibroblasts to create a pro-tumour environment. For example, activated fibroblasts in ovarian cancer secrete increased amounts of the proteoglycan versican; versican helps create a loose, hydrated physical environment conducive to invasion, in addition to signaling cancer cells to promote migration and invasion. Another way in which the physical tumour environment is altered in response to cancerous cells is through the secretion of extracellular matrix degrading enzymes by immune cells. These enzymes break down structural proteins and essentially clear a path for cancer cell invasion. 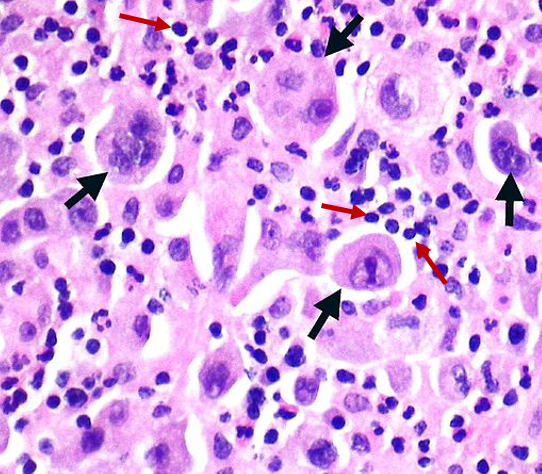 The abundant evidence for these enabling hallmarks leaves little doubt as to the importance of genomic instability and tumour promoting inflammation in the acquirement of overall tumourigenicity. Given their underlying nature for the other hallmarks of cancer, the enabling characteristics could represent promising therapeutic targets to prevent cancer in its early stages.

This work by Katherine Timms is licensed under a Creative Commons CC-BY Attribution 4.0 International License.

Uveal Melanoma: A Terrifying Threat to Your Vision and Potentially Your Life