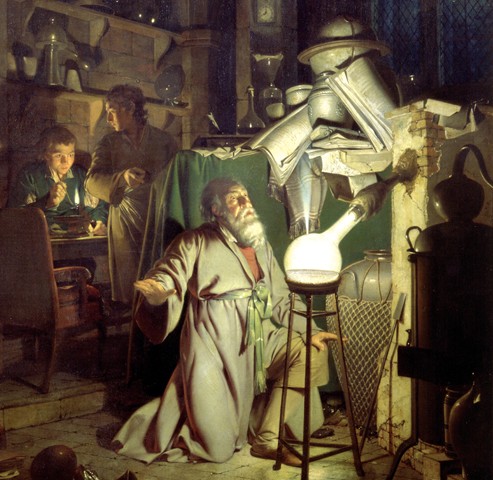 The elixir of life: a potion that is said to grant eternal life and eternal youth to those who can locate it or derive its formula. Scholars, explorers, the powerful, and the typical across time and around the globe have searched for this mythical substance in the effort to gain immortality. Such examples include King Henry II of France’s mistress drinking a mixture of gold chloride and diethyl ether, the multitude of Chinese emperors who died via mercury ingestion (You would think they would have stopped after the first one died.), countess Elizabeth Báthory allegedly drinking and bathing in the blood of virgins, and modern citizens drinking colloidal silver as a “cure-all” at the cost of some unique side effects. It is even suspected that Sir Isaac Newton himself may have succumbed to mercury poisoning in a similar pursuit.

The concept of recondite knowledge offering the potential for immortality has persisted in a multitude of forms throughout the ages and continues to inspire stories to this day, but could the elixir of life have a true scientific equivalent? Could modern scientists be on the verge of completing a formula thousands of years in the making? Well, now that I have you hooked, I won’t tell you until the end thus forcing you to read through my entire work. *evil laugh*

Hey! I see you trying to scroll down to the end. Stop cheating! You’re going to learn a ton of interesting things, and it’s going to be awesome! I promise, but the payoff will be a lot better if you have enough background information to understand what I’m talking about. Trust me on this one.

Anyway, in order to determine how to obtain eternal life, we must first know why we age in the first place. Cellular aging is mainly controlled by telomeres (repetitive nucleotide sequences at the tips of chromosomes). Every round of cell division causes a loss of DNA at the ends of chromosomes, so in younger cells, sections of the telomere are lost thus protecting chromosomal DNA from damage; however, a cell can only divide so many times before the telomeres begin to run out and eventually cease to divide (its Hayflick limit) in a process called replicative cell senescence. 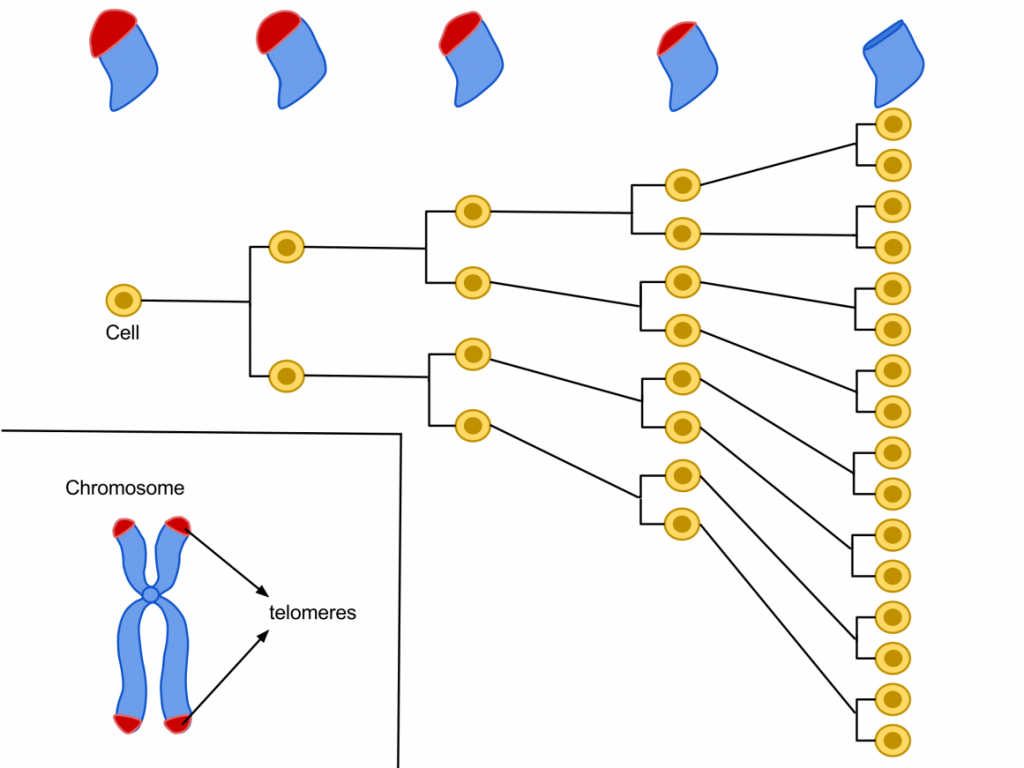 Cells reaching their Hayflick limit as a result of telomere deterioration caused by multiple cell divisions.

Senescent cells can suppress tumor growth, in the short term, but can also contribute to cancer and other aging-related diseases over time if they are not removed by the immune system. Additionally, cells with shortened telomeres can become cancerous if a mutation occurs that allows it to bypass replicative cell senescence.  Then clearly the secret to eternal life lies in the extension of telomeres…Well, sort of.

Humans (and eukaryotes in general) do possess an enzyme that can add nucleotides and protective protein caps to the ends of chromosomes (telomerase), but this could trigger additional complications. The reactivation of telomerase in the previously mentioned, mutated cells will allow them to continue replicating and mutating infinitely thus encouraging tumor growth.

So how do we solve the issue of telomere length control? Clearly there is a mechanism present in nature, as some animals, like the zebrafish (aka. Deadpool of the fish world), can manipulate telomerase to rapidly regenerate tissue without damaging their DNA. Plus, there are 8 multicellular species who have already achieved biological immortality, but is any of this plausible for mammals? Surprisingly, yes.

A recently published study has proposed a model for telomere length regulation in mammalian cells centered around the TZAP protein (telomeric zinc-finger associated protein), which is coded for by the ZBTB48 gene in humans. TZAP preferentially binds to long telomeres, at which point it beings the process of “trimming down” the telomeres and stops at a certain point in order to create a healthy upper limit for telomere length.

One would think that the presence of shelterin (complexes of six distinct proteins designed to protect telomeres from DNA repair mechanisms) would prevent such trimming, but it turns out that the longer a telomere is, the lower its relative concentration of shelterin will be. This means that TZAP is simply more likely to find a place to bind on a long telomere and unlikely to bind to short or medium-length telomeres thus resulting in telomeres being trimmed to roughly the same length. 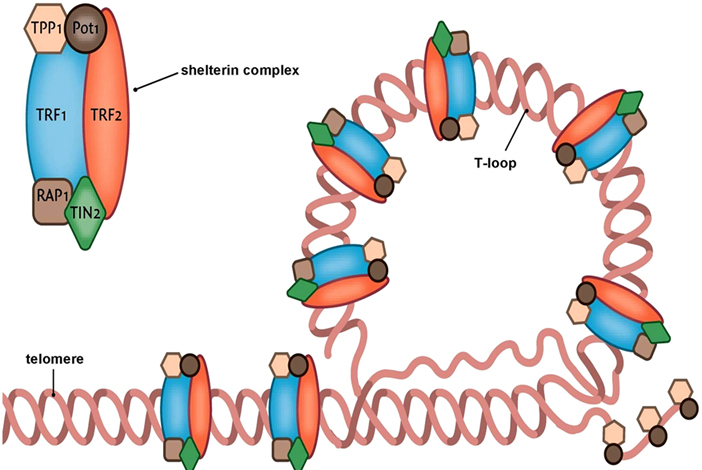 Shelterin complexes protecting the ends of telomeres from damage through the formation of a t-loop.

This discovery opens up so many possibilities in regenerative medicine. A nonimmunogenic method of rapid telomere extension has recently been proposed by scientists at Stanford University. If said telomere extension could be performed and subsequently controlled by modified TZAP proteins, we may be the next species to obtain biological immortality through our own innovation; however, both mechanisms were only recently discovered, which means that scientists must first probe deeper before such a treatment can be created. It is entirely possible that the TZAP trimming mechanism hides even more secrets; secrets that may be the key to further understanding and eventually implementing the real-world equivalent of the elixir of life in the near future. Now, the only reagents required are the inspiration, ingenuity, and perseverance of current and future scientists.

I told you that the payoff would be awesome ;).

Image References (In Order of Appearance)