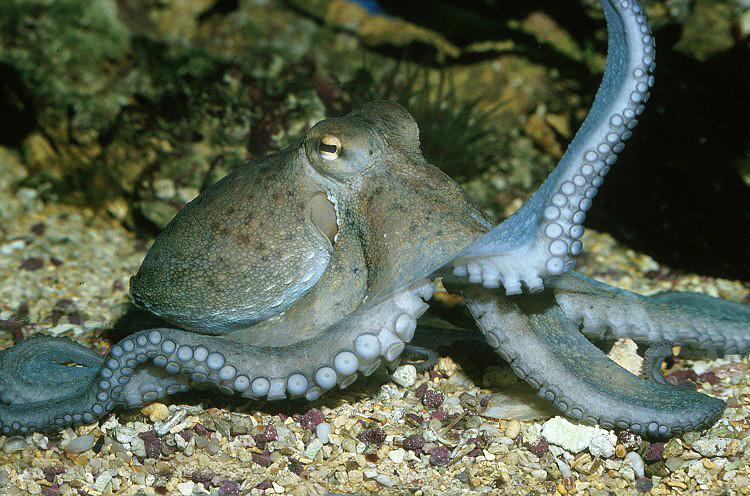 Regeneration of limbs occurs in both invertebrates and vertebrates however it is far more powerful in the former. Of the later, the ability is limited to amphibians, lizards, and fish. Cephalopods are a prime example of the ability to regenerate lost limbs or regenerate part of a limb.

In particular, I would like to talk about the regeneration ability of the Octopus vulgaris. They are able to remove appendages through autophagy or even autotomize (cast off) appendages because of their vigorous limb regeneration. There is a high probability of damage being inflicted an octopus’s arm in their natural habitat which may be one of the key evolutionary pressures for regeneration. There are three stages to regeneration after damage is taken to the limb: wound healing, degeneration/contraction and renewal/regeneration. In the arm regenerative process, there is a glycoprotein which is expressed acetylcholinesterase (AChE).

First a little background information about AChE. AChE evolved early in evolution and is well conserved across species (Figure 1). It has classical cholinergic function through catalyzing the hydrolysis of acetylcholine (a neurotransmitter) and non-cholinergic functions such as cell proliferation, differentiation and apoptosis. AChE is expression is spatiotemporally regulated during early embryogenesis, neurite expression/growth and muscle development. It achieves this functional complexity through alternative spicing. AChE also interacts with a variety of partners which are localized in different areas which may contribute to its variety of functions (Table 1). 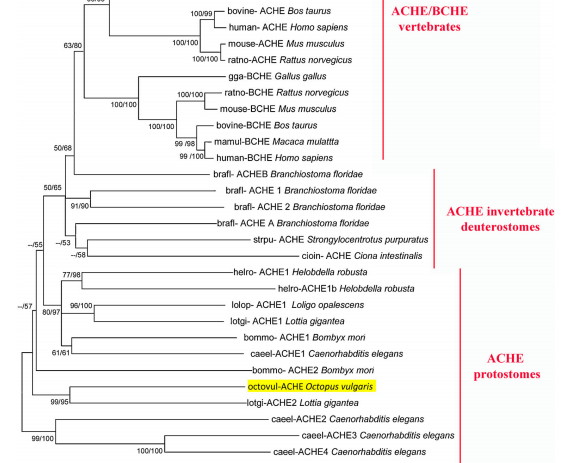 Non-cholinergic functions of AChE isoforms are contributors to regulation of cell proliferation, differentiation and apoptosis. In the early stages of cell growth (after surgical amputation), during stage one or wound healing, most proliferation activity was found at the blastemal formed by the accumulation of mesenchymal cells (Figure 2). AChE activity was very low during this time compared to the basal level of non-regenerating tissue. During the next phase, there was significant cell multiplication at the mesenchymal tissue and there was an increase in AChE activity. Next AChE activity rises sharply which correlates with the onset of morphogenesis and active myogenesis occurs. AChE starts to decrease as histogenesis occurs. 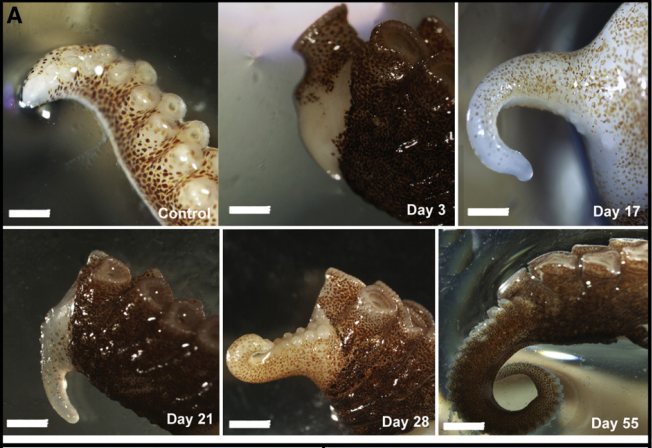 O. vulgaris AChE mRNA sequence is more closely related to type 2 AChE of Lottia gigantean than type 1 AChE. It has a highly stable structure in the catalytic and non-catyltic sites. From a sequence analysis, it was revealed the putative consensus region for a GPI-anchor attachment composed of a hydrophobic region preceed by a Ser 643 located at 29 residues to the COOH-terminus. This domain has long been associated with non-classical functions in other species. AChE expression was mostly restricted to undifferentiated cells at the level of the mesenchymal tissue of the arm. Further along develop AChE expression became restricted to the axial nerve cord, muscle fibers and neuromuscular components. In conclusion, during development and regeneration, there is a comparable pattern of AChE expression which is prevalent, at first, in mesenchymal cells later being restricted to classical cholinergic sties.

Is stress slowly killing us?