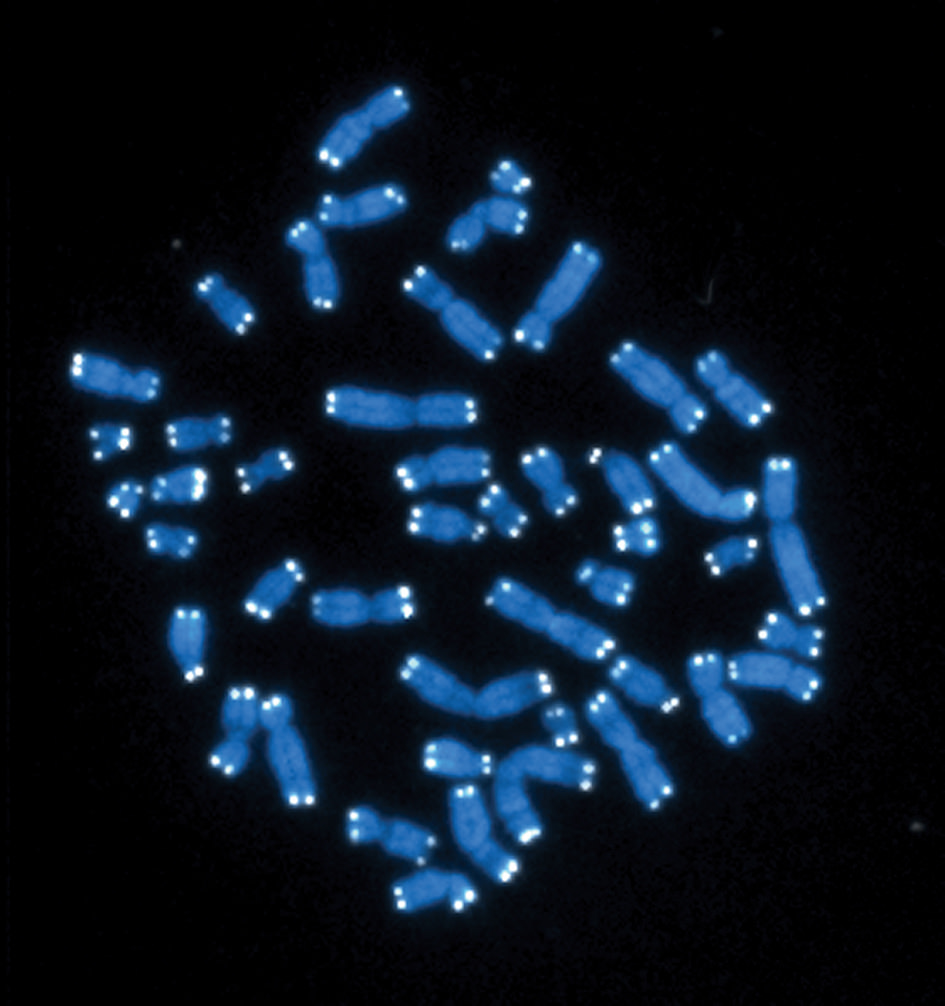 Telomeres: Is acne the secret to your skin’s longevity?

Acne… Many adolescents and young adults suffer from this ominous skin disorder. The one that causes red bumps to appear on one’s face at any given time with no permission at all. This bumpy complexion causes one to feel insecure, and at times, ugly. There have been a variety of factors associated with this disorder, and due to its prevalence, this is where research has focussed. However, there has been a lack of research on the potential outcomes of this disorder.

This leads us to the title of this blog post. What if someone were to tell you that having acne when you’re young could potentially delay the skin’s natural aging process, including wrinkling and thinning of the skin? Well, a recent study conducted at King’s College London suggests there is an association. It may come to you as a surprise learning the science behind this. These researchers suggested that acne-sufferers may have longer leukocyte (white blood cell) telomeres than non-acne-sufferers.

Skin anatomy 101… Human skin has three protective barrier-type layers (from top to bottom): stratum corneum, epidermis, and dermis. The top layer or stratum corneum secretes a substance called sebum. In normal skin, this substance functions as a lubricant to protect and lock in moisture in places like hair and skin. However, in acne-sufferers, sebum production is increased, which in turn is important in providing energy to those acne-hungry bacteria called Propionibacterim acnes bacteria. Previous research suggested that over-active sebum glands was the cause of delayed skin aging because of the increased moisture. However, the recent study suggests there is more involved. Now, let’s jump into science of the skin’s aging process, shall we?

“What is it that keeps you so interested in the telomere? It’s so intricate and complicated, and you want to know how it works.”

Telomeres are nucleoprotein structures at the ends of the chromosome arms, composed of repeated sequences of Guanine-rich nucleotides, and synthesized by the telomerase enzyme. Their purpose is to protect chromosomes by activating checkpoints in the cell cycle and by preventing chromosomal degradation during DNA replication. In other words, telomeres protect cells from aging. However, telomeres cannot protect our cells forever, and eventually DNA replication takes a toll on these telomeres causing them to deteriorate and degrade, which is a process known as senescence (Figure 1). If you guys are lost, a professor of mine once described this process as the plastic cap on the end of the shoelace. As the shoelace is continuously used, the plastic cap eventually becomes damaged and falls off, and the shoelace underneath begins to fray. As you may assume, this negatively impacts the functioning of the chromosome, resulting in a step-wise triggering of events, similar to a domino effect. 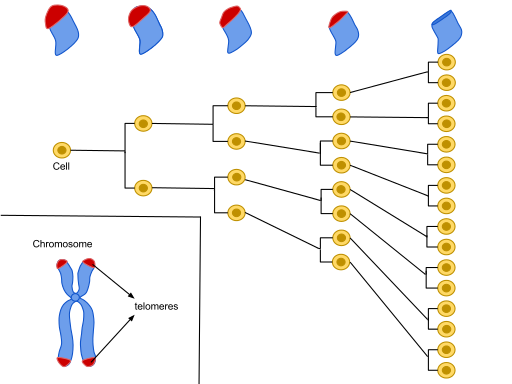 Apoptosis is a controlled cell death mechanism in response to a multitude of cellular physiological stresses. For example, in the case of DNA damage, activation of p53-mediated apoptotic pathway occurs. The key role that activates this protein is the breaking of the mdm2-p53 complex (Video) after the phosphorylation of p53. Overall, apoptosis is a crucial ability for cells to have, so that damaged cells can be eliminated. However, in the case of aging, I’m sure there are many people who would like their skin cells to survive a little longer.

Researchers from the most recent study investigated the length of leukocyte telomeres (LTL) in female twins. They observed reduced senescence in longer telomeres in acne cases, and suggested that one single-nucleotide polymorphism (SNP) (Video) found in the CST complex (specifically in the CTC1 gene) plays a role in preventing telomere degradation. This SNP was found to predict LTL and was weakly associated with acne. In addition, it was observed that the p53-mediated apoptotic pathway was also reduced, and it was suggested that this was due to the increased presence of a negative regulator of this pathway, known as the ZNF420 gene, which encodes a protein called Apak (ATM and p53-associated KRAB-type zinc-finger protein). On a less scientific, and more musical note, here (Video) is some ZNF420 gene music for thought!

One of the biggest limitations of this study is that a causal relationship between acne and longer telomeres was not indicated. It is simply an association. I’d also like to point out a few other limitations, such as the researchers limiting their study to female subjects, basing their acne cases on self-report data and not considering acne severity. Some people are left with severe scarring, and despite a delay in skin aging, these marks still outweigh the wrinkles and skin thinning. However, for those who were lucky enough to have scars that faded are potentially blessed with youthful skin for a little longer than the rest.

Despite these interesting findings, this study is still far from complete. It is still uncertain how exactly longer telomeres delay aging. However, due to how recent this article is, I’m sure more investigations and research are still under way in hopes of understanding this strange and mysterious phenomenon. We must start somewhere, I guess!

Just Keep Swimming: The CatSper Channel Complex and Its Role in Sperm Capacitation