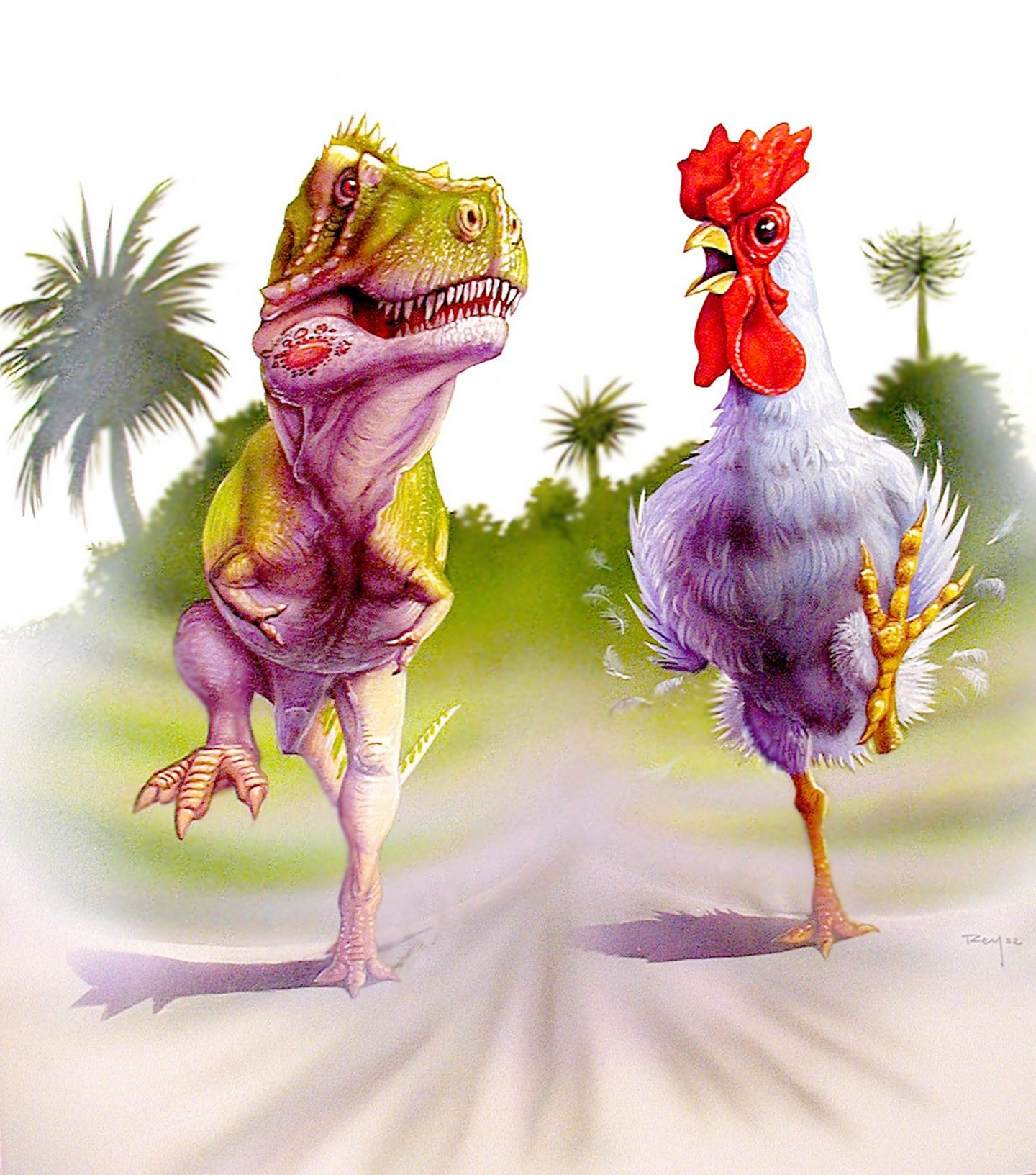 The recent turn into developmental biology and the talk of inducing chicken embryos to grow extra wings or arms reminded me about a news article I had read a few years ago. It was about a researcher who was attempting to induce chicken embryos to grow long tails, and I decided to see what kind of progress had been made on this front since that article. (Unfortunately, I was unable to find the original news article that I had read). What I did find, though, is that there is now an effort to recreate a dinosaur from a chicken in what has been dubbed the Chickenosaurus project. It is led by the paleontologist Jack Horner, whose name you might recognize from television programs about dinosaurs that you watched as a child. He’s attempting to turn back the evolutionary clock so to speak and induce the growth of dinosaur characteristics such as teeth, arms, and a long tail in chickens to create something that essentially looks like a small dinosaur –and he thinks he can do it within the next 9-10 years. Now, at first glance this may seem like the rantings of a person who has watched the Jurassic Park films a few too many times (in fact he was actually a consultant on the Jurassic Park movies). However, there is a basis on which this project might succeed and that is that birds are considered to be the closest living relatives of dinosaurs, so closely related that birds are widely considered to be dinosaurs. 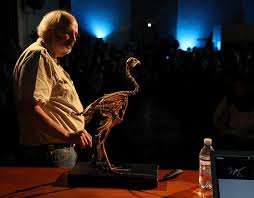 This is because birds actually share many traits with a group of dinosaurs called the theropod dinosaurs (basically dinosaurs that walked on two legs). Based on comparisons between dinosaur fossils and bird skeletons as well as the use of cladistics, it has been determined that there are many similarities between birds and dinosaurs such as: skeletons that utilize hollow bones, elongated cervical vertebrae, more than two sacral vertebrae, as well as other similarities that may seem insignificant, but put together indicate that birds are actually a line of dinosaurs. This means that although birds may not look like dinosaurs, at least as we imagine them, this difference in appearance is largely due to the difference in genetic regulation during development rather than the activity of genes unique to birds. But even with the knowledge that birds are dinosaurs, it may still seem far-fetched to believe that birds could be induced to form structures like teeth or a tail, however there have been some examples of “prehistoric” traits reemerging in the form of atavisms.

Atavisms are defined as the reappearance of traits that have been lost during evolution. For example, one atavism in humans is the human “tail” while in chickens, the most notable atavism is the appearance of “teeth”. This atavism was initially described by a researcher named Geoffrey St. Hillaire in 1821 who noticed that some parrot embryos that he was studying seemed to have bumps in the beak that looked similar to the beginnings of teeth. This was again observed, more recently, by a researcher named Matthew Harris who was examining mutated chicken embryos and noticed that underneath the beak were what appeared to be “alligator like teeth”. This atavism indicated that the genetic information to produce dinosaur-like structures may still be present. Because of this finding, I then focused my search on whether anyone had ever tried to induce chickens to grow teeth or at least structures that looked like teeth.

One article that I found was by Chen et al (2000). After noticing a structure that resembled the germ tissue in mammals for teeth in wild type chicken embryos, they attempted to determine whether wild type chickens still have the developmental pathways for tooth formation. To determine the identity of this tissue and whether it may have any effect on tooth development they looked for the homologs of genes that are implicated in tooth formation in mammals such as Fibroblast Growth Factor 8 (FgF8) and the homeobox genes Msx1 and Msx2 and found  these homologs in the embryos. The authors then exposed chicken jaws to a protein called Bone Morphogenetic Protein 4 (BMP4) and found that the application of BMP4 induced the expression of Msx1 and Msx2 and also found that the combination of FgF8 and BMP4 induced the formation of structures that resembled early developmental structures of teeth in mice – mice being the model organism for mammalian tooth development that the authors used. These findings indicated that the absence of the BMP4 gene may be one of the factors preventing tooth formation in modern birds and that birds may still retain much of the signaling pathway for tooth formation.

In a slight change of direction, I then tried to see if anyone had tried to turn a beak into a snout and found an experiment conducted by Bhullar et al. (2015), who were investigating the evolutionary and developmental origin of bird beaks. They noticed that although alligators and chickens use similar bones (premaxillae) to make the snout and beak, it appeared that in the beak these two bones fused together whereas in alligators the bones remained separated. In addition, they noticed that the proteins of FgF8 and wingless genes were causing the fusion of these two bones. This led the authors to inhibit the action of these molecules between the premaxillae of chicken embryos and observed that the facial area of these birds began to resemble a sort of snout in that it had rounded and separated premaxillae. The authors caution that although it may sound like a big deal, the “snout” still basically looks like a beak.

So although, the conclusions developed from these experiments may not be as earth shaking as a herd of brontosaurs, it is important to remember that this type of research is still in its early days. Who knows, if Jack Horner has his way humans and dinosaurs may actually roam the earth together.