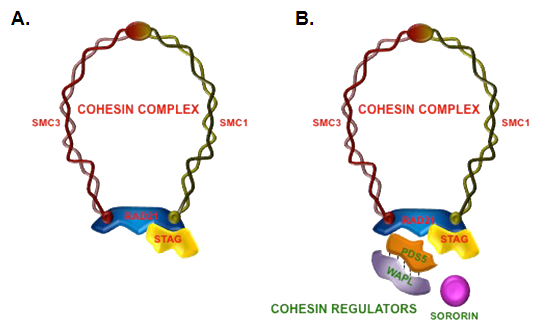 The title above unfortunately, does not refer to your annoying sister Sue, or your crazy sister Jane, or placing either of them in the well-known metal handcuffs of justice. “Sisters” here refers to sister chromatids (two identical copies of a chromosome) and “handcuffs” to the Cohesin complex (protein complexes that help organize DNA). I know, not as exciting to learn about, but I promise, just as interesting.

If you have ever wondered how the DNA contained in your cells, the same DNA that if stretched out could travel to the moon and back 8000 times, is able to keep so compact and neatly organized, all while being contained in our cells, you are in luck. Below will be an explanation of one of the structures that allows our cells to do their ‘thang’ (mitosis, meiosis, cell proliferation). Cohesin essentially functions as “glue.” It sticks the chromosomes together. Working in conjunction with Condensin, they organize the sister chromatids to help the transition from metaphase to anaphase.

For a visual explanation Genmedia Net produced a great video of an overview of Cohesin’s function here!

The One Ring/Embrace model has been popular for some time, it is the theory that there is only one Cohesin complex wrapping around a sister chromatid. Due to the lack of detection of multiple cohesion complexes interacting via fluorescence resonance energy transfer and that a circular minichromosome can be released from Cohesin with use of a restriction enzyme, are two main reasons as why this is the dominating theory. To explain the use of the restriction enzyme, picture a hula-hoop (Cohesin) with a string (minichromosome) loosely tied around it, cutting the string makes it fall of the hula-hoop, implying that Cohesin has a single circular form, as it did not inhibit the minichromosome from falling off.

However there are also some questions that the One Ring/Embrace Model cannot answer, which leaves room for scientists to continue to develop new model theories like the Handcuff model, among others. The One Ring/Embrace model has a static configuration and thus cannot properly explain the manner in which sister chromatid cohesion is obtained during S phase, nor how transcription is monitored. However a Two Ring Model, is starting to seem more plausible due to experimentation, which has determined (in budding yeast) that each Cohesin complex only hugs one sister chromatid, instead of two, putting the One Ring/Embrace Model into question, and implying that there is not one but two Cohesin protein complexes per sister chromatids. As technology is advancing at a rapid pace, I’m sure the answer won’t be out of reach for too much longer.

Oh the things that go wrong

So you’re probably thinking, “Ok, I know what this Cohesin is and what it does and what it might look like, what else can this blog tell me?” Well, just keep scrolling and you’ll get to know what happens to the human body when Cohesins malfunction.

In experiments with mutated Cohesins or cells lacking Cohesin, sister chromatids were not kept together during metaphase, which results in unequal chromosome distribution, and errors in segregation. In life, if the distribution is too far from normal it can be lethal and thus the effects cannot be seen, so some of the most detrimental Cohesin effects are often not brought to term. However, the following characteristics of Cohesinopathies (human diseases caused by mutations of Cohesins), have been observed; various developmental or physical disabilities such as limb or craniofacial abnormalities.

An example of such a disease is Cornelia de Lange syndrome (CdLS) The symptoms can have a wide range of severity, and it is diagnosed by the recognizable facial abnormalities (see image below), growth and cognitive disabilities, and various other abnormalities such as Gastroesophageal Reflux Disease or blepharitis (eyelid inflammation). 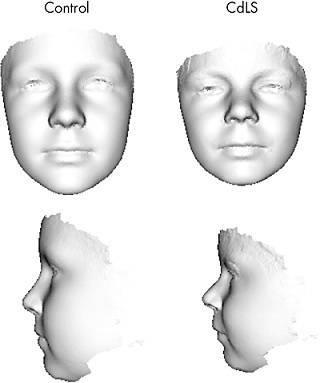 Figure 3: characteristic face of someone with CdLS. (Accessed 2/21/2017)  http://b4tea.com/food-health/cornelia-de-lange-syndrome-symptoms-causes-treatment/

As science progresses and we continue to learn more and more about the human body and about the secrets of the script of life (DNA), hopefully the what and the how of cell proliferation will only become clearer. With the finer details of small proteins in the system like Cohesins known, for example what structural model they prefer, it may even become possible to not only find cures for Cohesinopathies, but to maybe even prevent them from happening all together.

I hope you enjoyed learning about the handcuffs of sisters, even if it wasn’t a thrilling tale of how Sue or Jane were arrested by the police.