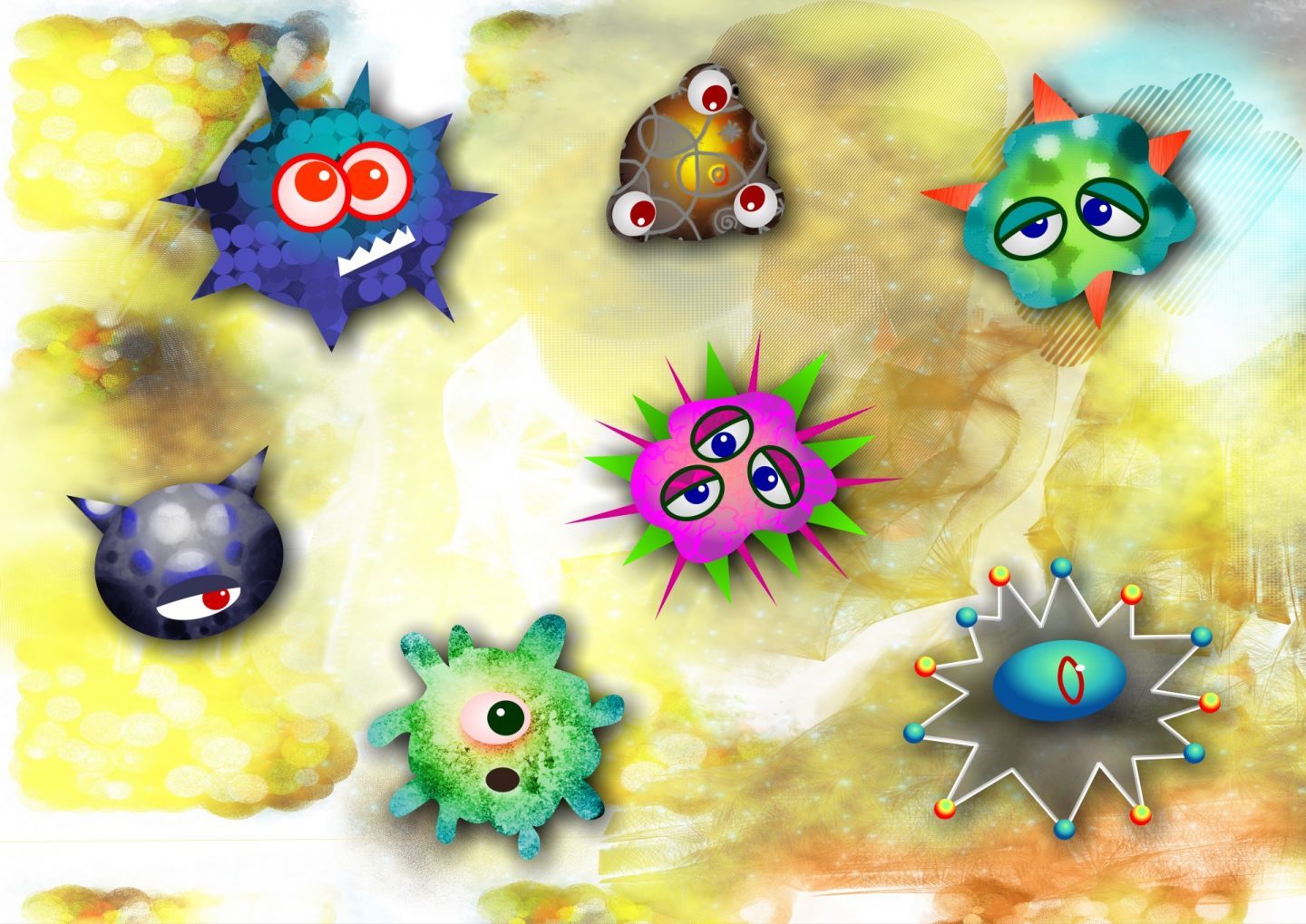 Humanity is on its way to engineering the perfect superbug capable of killing millions of people. It will be a bacterium resistant to all of our contemporary antibiotic treatments, which will result in the death of countless human lives.

What are bacteria? They are single celled microorganisms, and the smallest form of life on the planet. They are among the some of the oldest living things on the planet and are masters of survival, having adapted to live in pretty much any environment on earth including in and on us. Most bacteria are harmless to us, and some are even essential to our survival and normal function. However, there are some bacteria that can invade the body, spread within it and kill you. Thankfully with the advent of antibiotics, we have been able to handle these infections. There are 6 main classes of antibiotics based on their mechanism of action: cell wall synthesis disruptors, protein synthesis inhibitors, DNA Synthesis Inhibitors, RNA synthesis Inhibitors, mycolic Acid synthesis inhibitors, and Folic Acid synthesis inhibitors. So what’s the problem? Resistance.

The basic mechanism of action of antibiotics is to kill vulnerable bacteria by disrupting their natural internal machinery. But the problem is by pure random chance some bacteria will have a mutation allowing them to live through the treatment of antibiotics. This is resistance, the ability of a bacterium to have an adaptation allowing it to live and replicate in spite of an antibiotic. There are many ways bacteria block the effects of antibiotics, just as there are many ways antibiotic disrupt bacteria. These include modified cell walls, modified drug target, drug inactivating enzyme, and efflux pumps. Thankfully, the immune system is easily able to clean up any straggling resistant bacteria. But this isn’t always the case.

There are a variety of reasons that bacterial resistance is on the rise, but they are all due to human activity. The discovery of antibiotics saved countless lives, but they have become overprescribed and widespread resulting in more opportunity for resistance to develop. Along with over prescription many people often do not finish the full course of treatment, or take leftover pills for colds and other non-bacterial diseases. This has become commonplace in todays society and is leading to the unintentional increase in resistant bacteria. Another factor, which may play an even larger role, is the mass antibiotic use in the meat production industry. There are about 26 billion animals held in captivity in horribly unhygienic conditions to reduce cost, which is a perfect recipe for disease. So in order to stop this they are given antibiotics to prevent infections and the spread of disease. In the United States more than 70% of all antibiotic sold are used to keep animals from getting sick. Unfortunate this is the textbook breeding ground for resistance to develop. Resistance in an individual is bad but it is enclose within the organism. The real issue is when the resistant bacterium escapes its original host. Why? 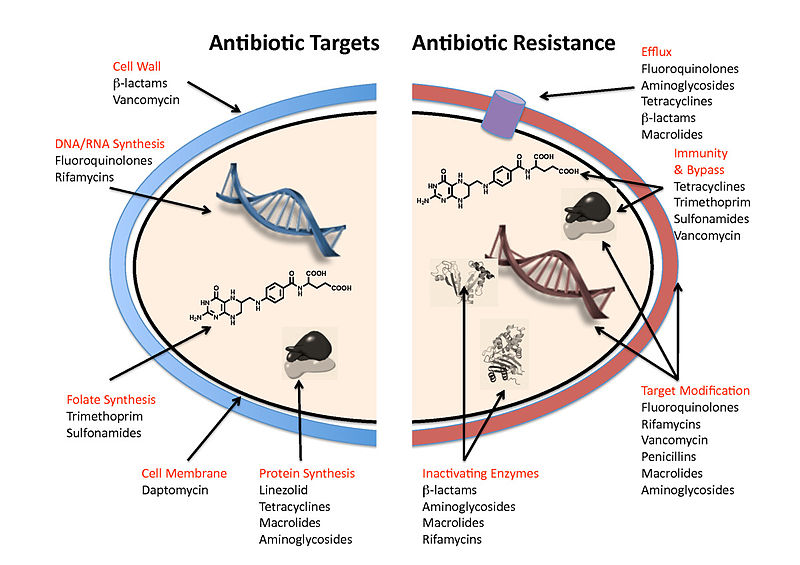 Escaped resistant bacteria can result in further resistance because bacteria can spread their immunity to each other. There are two mechanisms of resistance transmission, vertical and horizontal. Vertical transmission is through the self-replication of the resistant bacteria who’s offspring will also be resistant. Horizontal transmission occurs when bacteria share genetic information and pass on immunity to one another. This even occurs between different bacteria species and can result in superbugs, which have acquired resistance to multiple antibiotics. This is not all hypothetical, an array superbugs already exist and are often found in hospitals. So what can we do to stop them?

With a regular resistant bacterium another antibiotic can be given that the bacteria is not resistant to. This same idea can be applied to superbugs, which while they may be multi drug resistant are not invulnerable. There are specific last resort antibiotics used when a bacteria has acquired multi drug resistance. There are more strict rules when using these last resort antibiotics to prevent the creation of a true superbug, resistant to even last resort antibiotic treatments. Until recently these did not exist, but in 2015 resistance against colistin, an old last ditch antibiotic, was discovered in China. Colisitin is rarely used because it has significant drawbacks, such as damaging the liver, and because it was rarely used there was no resistance against it, until now. In china colistin had been given to animals to prevent disease, this eventually led to resistant bacteria which spread from animal to animal unnoticed. It eventually jumped to humans and was discovered during treatment. So what can we do to stop these superbugs?

Scientists are always working to discover new antibiotics. But this is a Band-Aid solution; resistance will inevitable develop for new antibiotics as well. A better approach is to prevent resistance, or at least reduce the risk of its development. Increased regulation of antibiotic use in animals, as well as humans would be a big step in the right direction. Education of antibiotic use for patients, to ensure that the full dose and regimen are followed and not misused. Thankfully the world is aware of the problem and is trying to prevent superbugs from developing.

This work by Dildeep Gill is licensed under a Creative Commons CC-BY-NC Attribution-NonCommercial 4.0 International License.