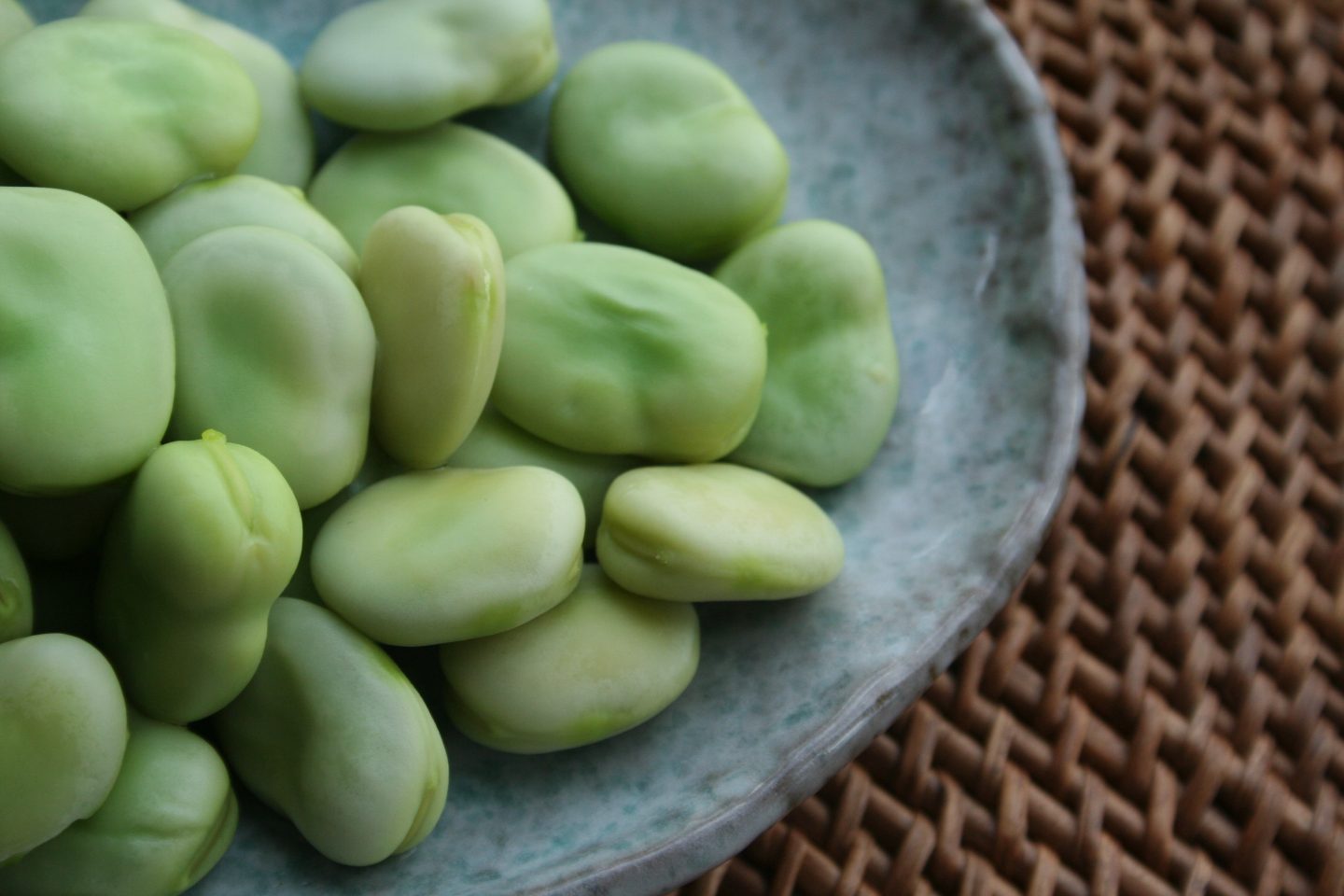 Ever since I was a child, I was told one thing by my parents constantly…  “you can’t eat fava beans (Vicia faba, or broad beans if you prefer) because you’re allergic to them!”

Bean allergy? I had never heard about anything like that! (although now I know peanuts, along with beans, are actually legumes, and legume allergies are quite common.)

Turns out, my dear mother, being a carrier of an X-linked recessive disease, passed on a gene to me and my brother such that we are both 100% glucose-6-phosphate-dehydrogenase deficient (also known as favism – from the bean).

Glucose-6-Phosphate-Dehydrogenase (G6PD) is an enzyme in our bodies that is part of a metabolic pathway involved in providing reduction energy – in the form of NADPH. In turn, NADPH helps protect red blood cells from oxidative damage due to harsh oxidising chemicals such as hydrogen peroxide and other free radicals.

Sounds great! except that I am G6PD deficient… meaning I lack the enzymes necessary to maintain that steady NADPH balance, making me more susceptible to free radicals, which cause my red blood cells to explode in an event known as haemolysis. If enough of my red blood cells explodes, I can become anaemic, specifically termed “haemolytic anaemia.”

The primary cause of this are two compounds vicine and divicine, both which are found in fava beans and have oxidising properties. Consuming these beans, and therefore, these compounds, can introduce free radicals into my system which cannot be reduced due to a low level of NADPH, because of abnormal levels of G6PD. Red blood cells are broken down all the time via haemolysis, but this process occurs at an faster rate when the red blood cells are damaged – in this situation by unreduced oxidising compounds. When you’re body gets to a state where the red blood cells are being broken down faster than they are being made, you can become anaemic, hence, haemolytic anaemia.

In 1989, the World Health Organization (WHO) estimated that almost 7.5% of the world’s population was G6PD deficient, or carries a gene for G6PD deficiency, and Luzzatto and Poggi in 2008 estimates over 500 million people in the world are affected by G6PD deficiency in one way or another. While its distribution is worldwide, G6PD deficiency is most prevalent in Africa, the Mediterranean, and Southeast Asia.

However, haemolytic anaemia brought on by G6PD-deficiency is easy to avoid, WHO classifies G6PD deficiency in 5 levels – some cases being much more severe than the others (this is due to there being around 400 variants of G6PD deficiency out there) – all 500 million of sufferers just have to avoid a huge list of food items that might contain certain compounds and medicines that might act as “triggers.”

While those lists may seem excessive and very restrictive, because of the varying severity of G6PD deficiency, it is not actually a huge source of human mortality, despite its prevalence. In fact, in 1990, there were only about 3400 reported deaths due to G6PD deficiency, and 4100 deaths in 2013; thats about 1 death in a million for both reported years.

So it’s not all bad for us favvers (maybe that will catch on?) In fact, G6PD may offer some advantages! Due to haemolysis, there are generally more immature red blood cells circulating our systems than there are mature ones. This creates an inner environment that is quite inhospitable for blood parasites – particularly, malaria.  Remember the distribution of G6PD? It’s most prevalent in Africa, Mediterranean, and Southeast Asia, which also happen to match the distribution of malaria… and recently, Kotepui et al. (2016) noted the prevalence of G6PD in areas where malaria are also prevalent. It is possible that G6PD was co-evolved alongside malaria to help combat it – much like the high prevalence of sickled-cell anaemia also found in sub-Saharan Africa.

So, don’t cry for us – we may not be able to take certain foods or drugs, but we’re more resilient to malaria. As long as we can see the silver linings and understand what will cause us illness, us favvers will be just fine. This disease doesn’t affect life-span and generally has no acute effects (in fact for the most part effects are sub-clinical) unless we eat some nasty beans. And who knows, maybe if there is ever an epidemic malarial outbreak (hopefully not) we will be more prepared and worry for you instead.