Adapted from Huth Akila under CC.

I see you have come once more to peruse my posts on peculiar pursuits in science! You definitely weren’t just attracted to this article based solely on the click-bait picture of a cat (Felis catus lolus, the mascot of the internet). While doing some perusing of my own (which definitely didn’t occur this morning, as I obviously wouldn’t leave such an important project to the last minute), I came across an okay article about an interesting paper discussing the relationship between miR-9 disregulation and schizophrenia. “But wait!” you might suddenly exclaim, perhaps startling the nearby classmates who were once friends until school consumed every ounce of your social life, “didn’t you already write up an incredibly cool and interesting post about micro-RNA and its relationship with other illnesses like depression and diabetes?!?! You couldn’t possibly be so shameless as to go back to the same topic for your next post, could you?!?!” 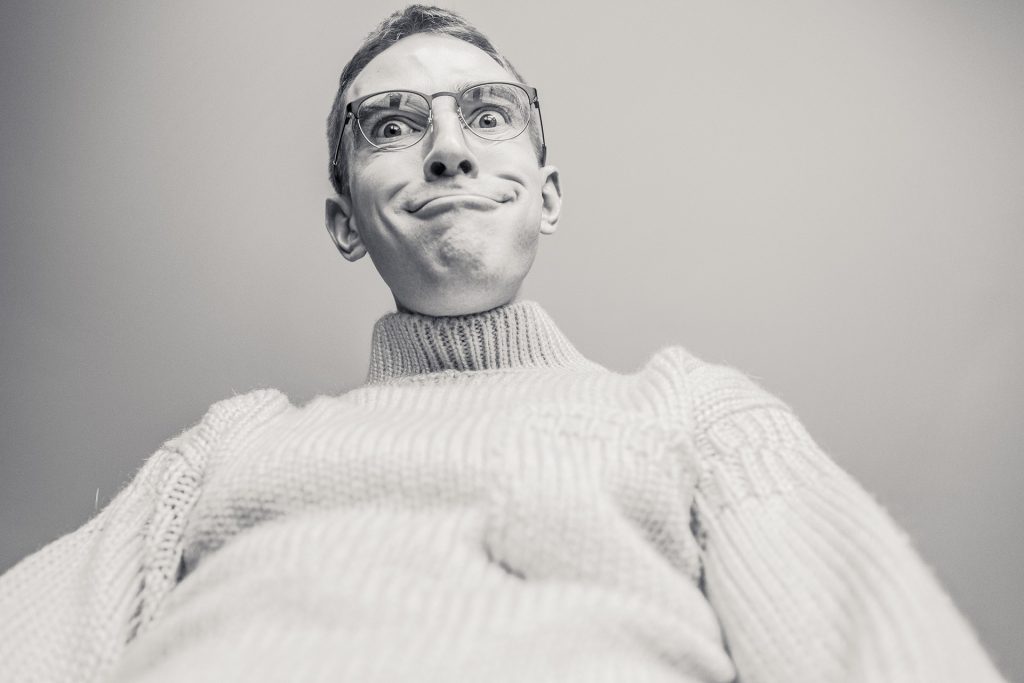 …yes…yes I would be that shameless.

Though specifically, I’d like to dip in to schizophrenia research in general, as there’s a wealth of cool and interesting stuff floating around, as opposed to just continuing on from my prior post and focusing solely on the micro-RNA link found recently (and by recently, I mean yesterday as that’s when the paper was tossed down in a journal…I would like to again reiterate that this is definitely not a last minute project scrambled together today. Honest.).

What is schizophrenia, you ask? Well, it’s a mental disorder, and despite being mentioned in pop culture a fair amount, there’s sometimes a degree of confusion in people’s minds about what it encompasses and its symptoms. This might partially owe to the fact that schizophrenics can vary pretty widely in which of the symptoms they experience and to what extent and duration they experience those symptoms for. Hallucinations (with auditory being fairly common), paranoid delusions, rambling disconnected speech patterns, and reduced emotional responses are the more common symptoms that might be experienced by a schizophrenic, but while one person might have a single episode in their life involving just a few of the listed symptoms, another can have recurring issues involving lengthy episodes with brief islands of clarity. While we don’t really have a cure yet, we do have some antipsychotic medications that can help, like chlorpromazine and clozapine, however, they can have a slew of side effects, and, like a number of medications, we’re still scratching our heads on their exact mechanisms of action, despite decades of use in psychological care. As for the causes of schizophrenia, we don’t entirely know the answer to that either, but we will take a gander at some of the various points of interest researched in the last few years, as we do have a great wealth of information regarding contributing factors, even if a single clear point carried by all schizophrenics has yet to be found (and the answer may well be that there is no clear cut “singular cause” for schizophrenia).

It all goes back to Sweden during the early 70’s through the late 80’s. That period of history was part of a magical time where countries thought dosing up people with drugs would give superpowers, like when the US tried to develop mind control techniques using LSD, or that time NASA thought giving LSD to dolphins would somehow allow them to speak with humans. Sweden decided to get in on the action by giving out marijuana to over 40,000 soldiers “For science!!!” After fifteen years of watching stoned out soldiers, they found a startling high amount of the soldiers developed schizophrenia, at least in comparison to typical rates among the population. Before you freak out and start running through the streets about the dangers of cannabis, more recent research has shown the issue to be a tad more complicated. To a certain extent, the same inherent genetic factors that can lead to schizophrenia, can also increase the risk of substance abuse issues arising. Additionally, marijuana hasn’t been found to, on its own, cause schizophrenia in healthy individuals. Instead, it seems to exacerbate present issues within an individual, causing the development of schizophrenia within those already at risk, while also causing the onset to arrive earlier than it otherwise might. It can also worsen the condition of those who already have schizophrenia. For these reasons, it’s something researchers continue to look in to, since understanding the mechanisms behind why it affects schizophrenics the way it does can give a better understanding of schizophrenia itself.

Oddly enough, the time you were born can actually have a pretty significant effect on whether you develop schizophrenia. Specifically, male schizophrenics are more likely to be born in the spring. The general consensus is that infection by the mother during the winter season can have lasting effects on a developing fetus, causing certain changes that can later lead to the development of schizophrenia.

A big key to the whole issue comes back to genetics. Twin studies show a strong link with up to 40% of twins of schizophrenics also developing schizophrenia, and various studies looking in to family histories showing that having a direct relative with schizophrenia (particularly parents) drastically increases the chances of also developing schizophrenia. Sequencing studies, performed in the last decade after our technology developed enough to allow for them, have shown that there are hundreds of genes that can increase the risk of developing schizophrenia, with a fair number of them also increasing the risk of other psychiatric disorders, such as bipolar disorder, ADHD, and depression. Genes related to GABA synthesis were one of the more notable mutations , though don’t come anywhere near encompassing the totality of risk factor genes.

Getting back to the recent study that jump started this post, the researchers built off of prior research looking in to risk genes that pointed to links to certain miRNA as a potential risk factor for shizophrenia. However, those studies were of the same sequencing variety as prior studies, and the researchers wanted to look more closely at the various miRNA in question so geared the study to focus directly on them. As a quick crash course in just what miRNA are, without going in to too much detail as I previously did, they’re small bits of RNA that act as a regulatory device to shut off mRNA sequences, but they don’t need to target specific genes themselves, instead targeting sequences in the 3′ untranslated region of the gene, allowing them to affect a wide variety of gene transcripts without needing the genes to carry target sequences directly within them. Since they also don’t need a complete complementary sequence on their target, only needing for partial complementary sequences, the range of genes they can affect further increases, allowing them to fill multiple roles dependent upon the cell type. When the researchers did their mojo and took a look at miRNA within schizophrenics compared to normal brains, they found that miR-9 in particular was found in low quantities in the schizophrenics, despite the fact that they were actually expecting to find some funkiness going on with miR-137 in the schizophrenics’ brains.

While the miRNA research is definitely cool and new, taking things in a different direction, it’s unlikely to see any applicable uses in the near future however, for the same reasons that most non-cancer related research on miRNA tends to be stymied. Namely, since miRNA can act on potentially hundreds of genes, playing around with them in the human body without first looking in to the negative affects of artificially up-regulating or down-regulating miRNA could have some pretty drastic consequences. 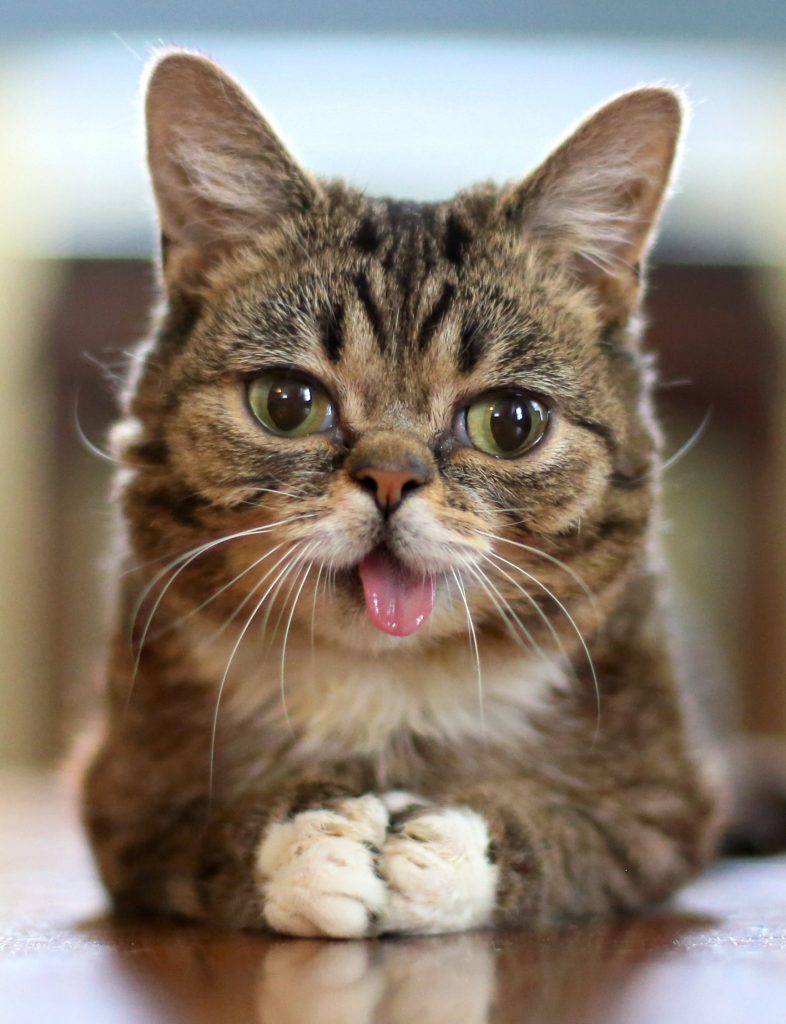 Used under Fair Use, courtesy of Iamlilbub.

Goodbye, and thanks for all the fish:

Hopefully, you managed to stay engaged through all of that, it might have gotten a little dry at some parts. However, in the event that you took a nap half way through, that’s fine too. Naps are good for you.

Note: All pictures used without attribution were public domain.

Hybrids, do they lead us to a new era of science or a future of chaos