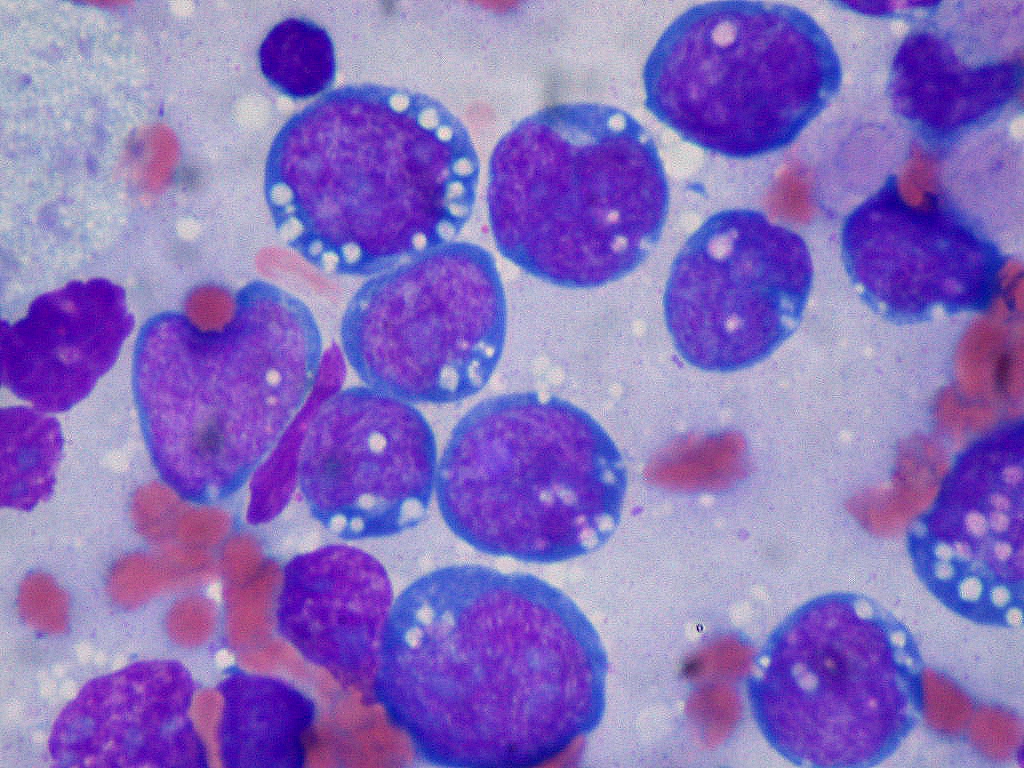 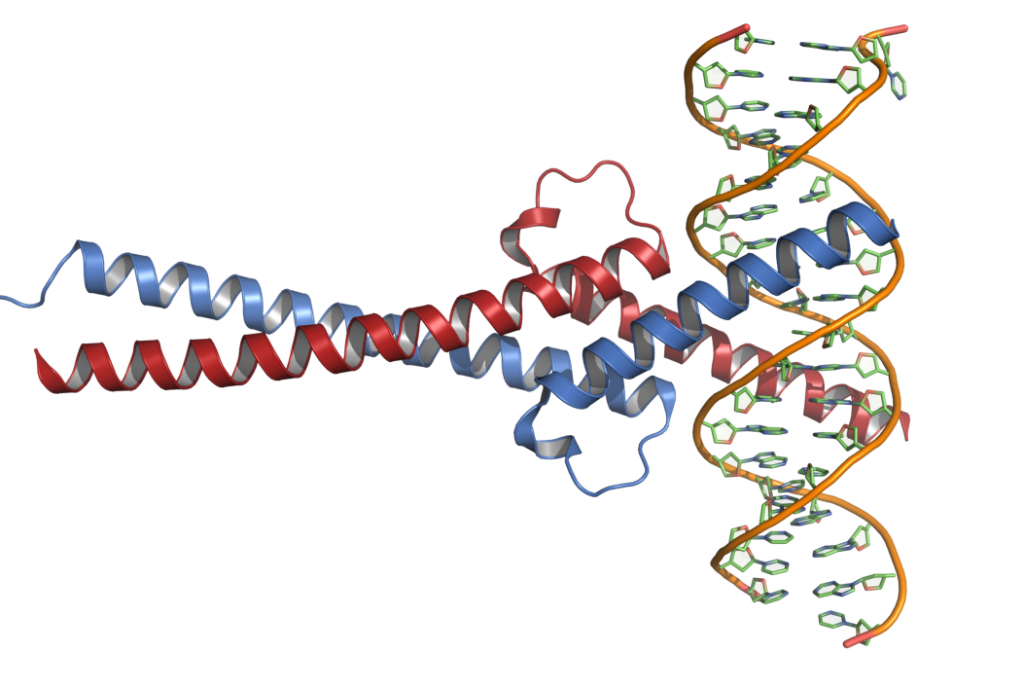 Myc is a family of genes involved in the regulation of transcription. The protein coded for by one of these genes, c-Myc, is well known to play a variety of roles in the cell, mainly involving cell cycle progression and apoptosis. This gene was first discovered as a cellular homolog to the transforming gene of the avian myelocytomatosis virus. The c-Myc gene was later found in Burkitt lymphoma patients, in which an abnormal regulation of this gene results in development of the disease. Scientists have since determined that c-Myc uses its helix-loop-helix motif to bind with DNA in order to activate transcription. Recent studies have also shown that Myc genes also have a more global role in regulation of transcription and chromatin than previously thought, as they have been linked to histone modifications in tumours and stem cells. 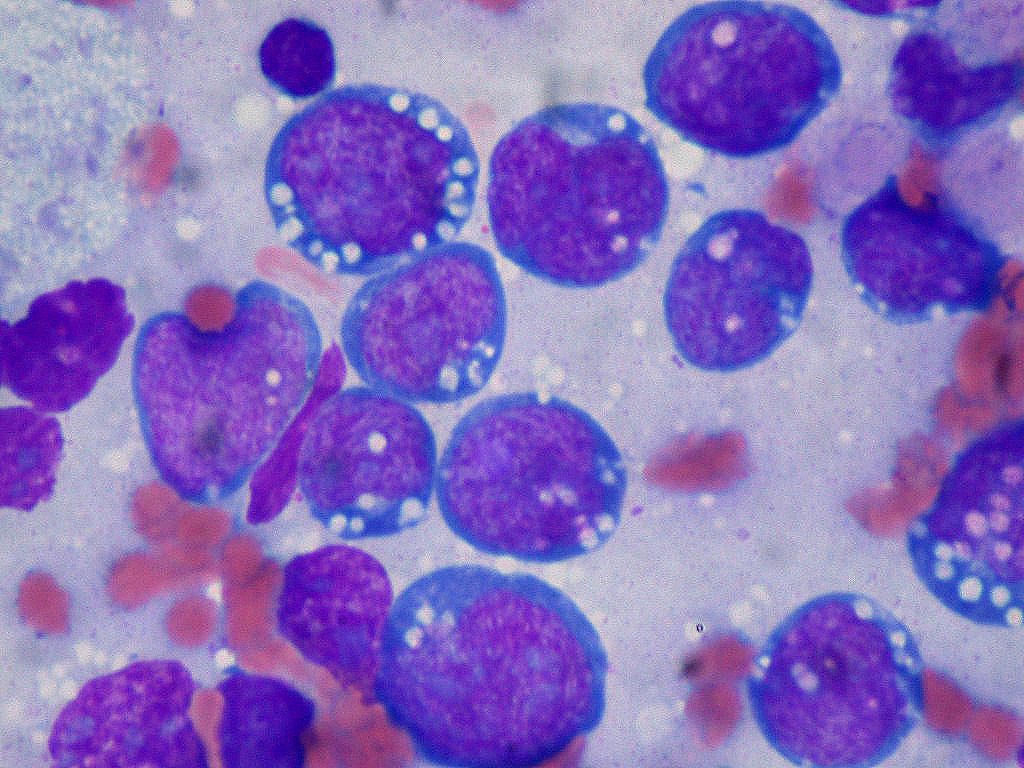 So what specific role does c-Myc play in cancer development? Mutations in c-Myc cause the gene to be persistently expressed. These mutations can lead to unrestricted cell proliferation, inhibition of differentiation, and accelerated cell growth and metabolism. Another way in which this gene plays a role in cancer development is through the coding region determinant-binding protein (CRD-BP). This protein was discovered by researchers due to its ability to physically associate with the coding region of c-Myc. The protein binds to c-Myc, stabilizing it and preventing its endonucleolytic cleavage; in this capacity, it is usually expressed only in fetal tissues. CRD-BP has, however, been found to be overexpressed in in many types of human cancers. This makes sense, as the ability of CRD-BP to stabilize c-Myc would enhance cell proliferation by preventing the breakdown of c-Myc, causing upregulated cell division. 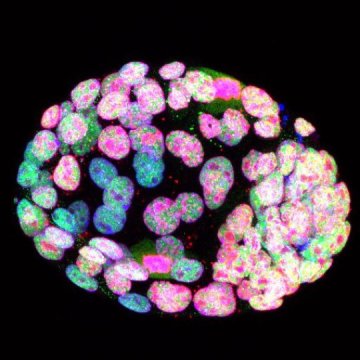 The role of c-Myc in early embryonic development is a very important one, as c-Myc is crucial during development, and demonstrates a critical role in stem and progenitor cells. Loss of c-Myc in these cells has been shown to result in a loss of function in cell proliferation and stem cell differentiation. Myc genes appear to be involved in regulation on multiple levels, from acting as a transcription factor to controlling the balance between renewal and differentiation in stem cells. A recent study has demonstrated c-Myc’s control of stem cells during embryonic development. These scientists noticed that when Myc genes are in higher concentration, the tumor growth is more aggressive. As such, they decided to focus on selectively deactivating Myc genes in embryonic stem cells. They found that when the c-Myc oncogene is deactivated, the embryonic (blastocyst; above) stem cells enter a dormant state. This may be part of the method by which some animals, such as deer, enter diapause, a state in which embryo development is suspended in order to wait for proper environmental conditions (ie. summer rather than giving birth in winter). 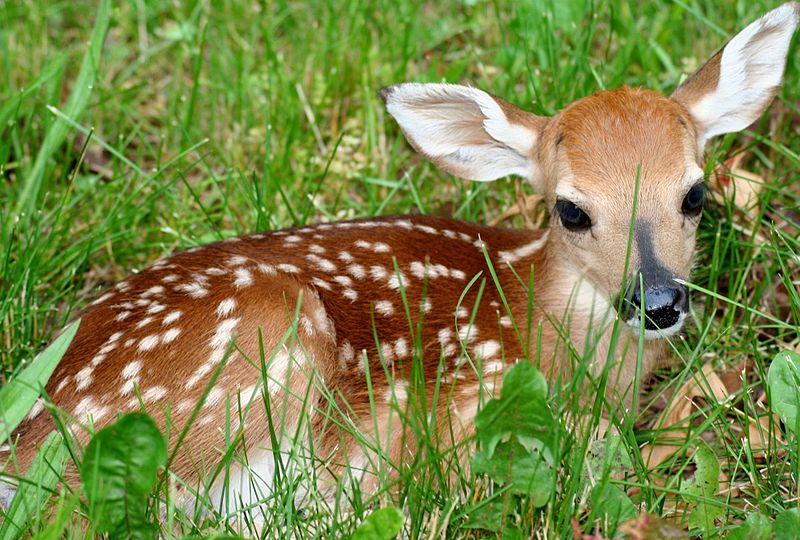 All of this seems to point to one conclusion: cancer development and embryonic development are similar processes with very similar mechanisms, and c-Myc is the centerpiece. These revelations have directed scientists towards comparatively studying these two fields; as such, c-Myc is the topic of a wide variety of cancer research. With the findings that deactivating c-Myc expression can halt embryonic development, this technique may be explored as a possible treatment for certain cancers. Stem cells, although they have not been talked about as much recently in light of new possible treatments such as CRISPR, are still very important in developmental biology, and therefore can still be an important area of research in the field of oncology.

We couldn’t make pigs fly fifty years ago… But can we do it now?