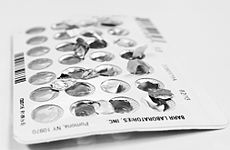 Do we Need Contraceptives for Males?

Birth control has been around for millennia. Unfortunately, the most effective birth control methods have been targeted mainly at women since the 1960s. Back then it made sense; it was huge for women to be able to gain control over their child-bearing when birth control was first introduced. Nowadays, though, I’d say that focusing only on women for birth control options is outdated and impractical. Some sources say that more than 60% of men in Germany, Spain, Brazil, and Mexico were willing to use contraceptives for males. Not only that, but 98% of women in long-term relationships were supportive of their partner using contraceptives (Note: For the purposes of this post, I will be discussing relationships between cis-gendered, heterosexual people). Yet, it was reported that only 14% of contraceptives used worldwide were male-oriented. In order for birth control to be more practical, accessible, and effective, options need to be available for both partners. I would think that having both the male and female partners using birth control would only increase the effectiveness of contraceptive efforts. It would also offer options for women who prefer not to use hormonal contraceptives, and would allow both partners to take contraceptive responsibility in their relationship. Some recent studies show promising candidates for male contraception. The most appealing at this point, however, is a fairly new option that is currently undergoing Phase III clinical trials: RISUG.

Reversible Inhibition of Sperm Under Guidance (RISUG) is a copolymer of styrene and maleic anhydride. It is meant to be injected into the vas deferens of a male where it apparently forms a jelly-like substance that somehow prevents sperm from fertilizing an egg. However, the mechanism by which the sperm is hindered is not yet determined. It could be that the polymer acts as a barrier, preventing everything except sperm from passing through the vas deferens. The more likely explanation, however, seems to be that the copolymer distorts the sperm as they pass through, rendering them inviable. A study on RISUG administration in rats (unfortunately I could not include a link to the study; for some reason I can no longer access it through the internet) has revealed that sperm obtained from female rat vaginal canals following male vas occlusion by RISUG took many strange forms. Indeed, most sperm observed in the sample were head-tail separated. Others displayed acrosomal damage, bent mid-pieces, bent tails, and other unfortunate morphological anomalies. Therefore, the RISUG injection likely causes damage to sperm that prevents them from successfully uniting with an egg cell.

Okay, I Know What it is… What’s so Special About it?

The reason why RISUG is so exciting is because it is a non-hormonal, 100% effective (so far), long-term solution for birth control. AND, even though it’s meant to be long-term, it’s also meant to be completely reversible (if you didn’t catch that by its name). Of course, studies on the reversibility of RISUG are still being undertaken, so I won’t go shouting its glory to everyone on the face of the planet just yet. However, in the study I referenced above, the mice in question showed absolutely no changes with regards to body weight, reproductive organ weight, pregnancy characteristics, and F1 progeny characteristics after the males underwent RISUG treatment and had it reversed by DMSO or NaHCO3 360 days later. There were some differences in the histology of the testes and the vas deferens however, and this will need to be further investigated to determine whether or not these changes are destructive.

Another reason why RISUG is awesome is because, given its effectiveness in male contraception, who says it can’t be applied to females? These researchers took the copolymer originally designed for male contraception, tweaked it a bit, and injected it into females. The fallopian tubes serve the same purpose for the egg as the vas deferens does for the sperm, so the researchers injected RISUG into fallopian tubes of female rats. In terms of toxicity, they found that RISUG produced no negative effects. However, no observations of contraceptive outcomes were studied, and toxicity does not necessarily cover all the possible negative outcomes of such a procedure. Therefore, more research is needed regarding the use of RISUG as a female contraceptive.

Just think! A contraceptive method that is effective, non-hormonal, reversible, long-term, and non-invasive, AND can be used for both males and females! Such a product could reduce unplanned pregnancies drastically and improve relationship quality between heterosexual individuals. The next few years do look promising in terms of contraceptive options, and I can’t wait to see what ends up on the shelf.

What You Don’t expect When You’re Expecting- The Molecular Basis Behind Fetal Alcohol Spectrum Disorder.