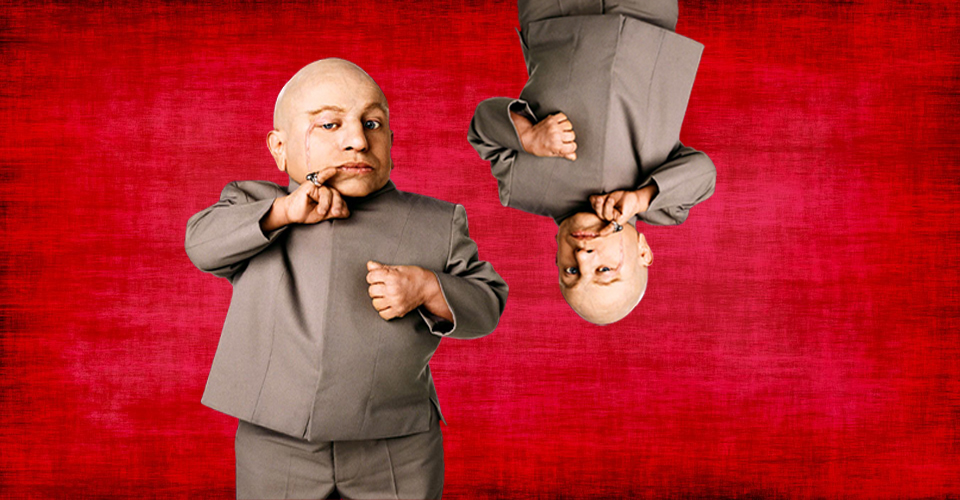 Being short sucks! You can’t reach the top shelf, you’re always looking up and people make comments, that are basically hate speech, about your height. That’s not even the worst of it. Your feet dangle off chairs, your friends use your head as an arm rest and you have to take twice as many steps to get to the same place. We’ve been culturally conditioned to believe that height correlates with strength, agility and survival. So I often wonder if being tall has its fallbacks as well. Clearly, I was deprived of my much-needed growth hormone but what if someone produced too much?

Gigantism is a rare condition that causes unusual growth during childhood. Particularly, it is an endocrine disorder caused by an abnormality in the pituitary gland (Figure 1). The pituitary gland functions to regulate physical growth and development, thus has a critical role in height determination. Gigantism occurs when the pituitary gland produces an excess of growth hormone (GH) into the bloodstream and causes accelerated growth of muscle, bone and connective tissue before the end of puberty (1). The irregularities in the secretion of GH results in large body stature, increased height, delayed puberty, enlarged forehead and jaw as well as other developmental abnormalities (2). 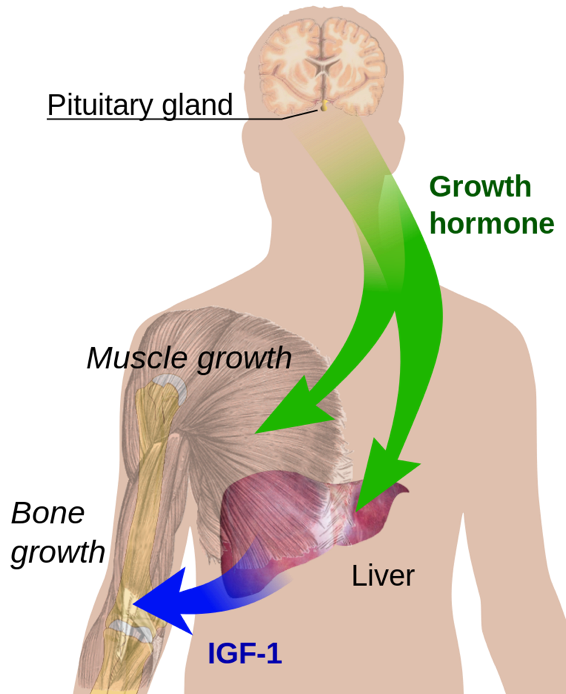 Figure 1. The release of growth hormone from the pituitary gland (Wikimedia Public Domain)

Growth hormone is under the regulation of growth hormone releasing hormone (GHRH) and somatostatin. While GHRH functions to stimulate the release of GH, somatostatin works to inhibit it. Both of these are released by the hypothalamus via the hypophyseal portal and act on the anterior pituitary. In addition to its direct roles within the body, GH, like most pituitary hormones, acts on different glands to stimulate the release of another hormone. In this case, GH stimulates the release of Insulin-like Growth Factor (IGF-1) from the liver has shown to have a direct role in growth (3). Figure 2 shows the role of IGF-1 in epiphyseal cartilage growth. Additionally, IGF-1 knockout studies in animals have shown phenotypic dwarfism, even with elevated GH (5). This provides two targets in the treatment of gigantism, one being a somatostatin analog (6) which would suppress GH production and another that targets the action of growth hormone at the liver to suppress IGF-1 levels (7). 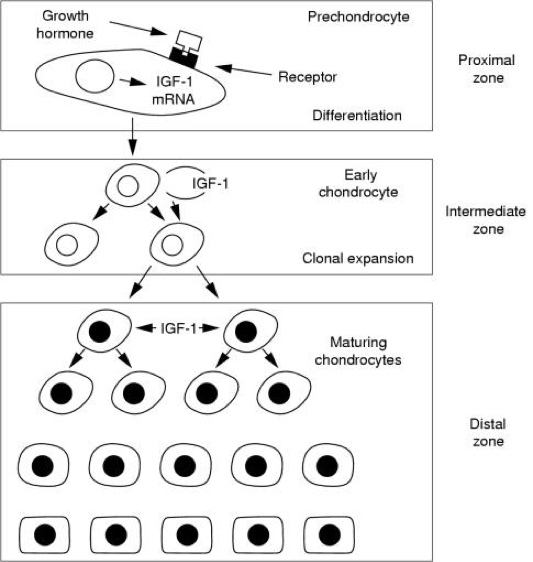 Although the cause of gigantism has widely been attributed to a tumor in the pituitary gland resulting in excess production of growth hormone, other causes have also been investigated. Recent studies have identified a possible genetic cause in gigantism that has also been linked genetic obesity (8). A study conducted on knockout mice that resulted in the inactive of the Ankrd26 gene resulted in extreme obesity and an increase in body size (9). Another study that analyzed the genome of patients with gigantism revealed a gene, called GPR101, was duplicated in all patients (10). This showed that a duplication localized to the Xq26.3 in X-chromosome region could cause gigantism. Furthermore, transfection of this mutation into rat GH3 cells led to significant secretion of growth hormone as well as the proliferation of GH-producing cells. These finding could lead to new treatments and insight into the pathogenesis of gigantism (10).

THE BIGGER THEY ARE, THE HARDER THEY FALL

As mentioned earlier, society has conditioned us to believe that strength and survival correlate  with height. This is not untrue, even in the most extreme cases, both past and present. In the biblical story of David and Goliath, the Masoretic Text illustrates Goliath as a giant with a height greater than 9 feet (11). Many people with gigantism have also pursued careers in sports that allow them to excel due to their height. For example, the NBA has employed several players afflicted with gigantism, including a former Bullets and Nets center Gheorghe Muresan (7’7″), and a one-time Clippers center Josh Moore (7’2″). Another famous example is Andre the Giant, who was a famous French professional wrestler for the World Wrestling Entertainment (WWE) and also debuted as the giant in The Princess Bride (12).  ­Unfortunately, the saying “the bigger they are, the harder they fall,” applies to this disorder. Many people with untreated gigantism also have heart conditions due to heart enlargement, leading to heart failure. Andre the Giant died in his sleep due to congestive heart failure. 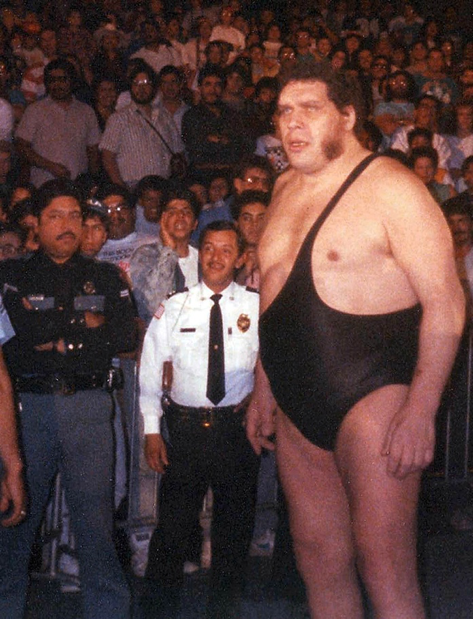 At a first glance, being a giant comes across as appealing, encompassing strength, superiority and the ability to reach the top shelf; however, some things are too good to be true! Gigantism is characterized by increased production of GH, that leads to excessive growth accompanied by compromised health conditions. Although treatments for gigantism have been established, the mechanism and pathogenesis of the disorder still have yet to be fully elucidated. The discovery of the GPR101 gene duplication and its role in gigantism could potentially resolve the discrepancies in its pathophysiology.