I want to start off with an interesting fact that I encountered as I was researching the Y chromosome; Did you know that the sex chromosomes were actually once regular autosomal chromosomes? Turns out the X and Y chromosome is evolution at its finest. The evolution of the Y chromosome has helped create the male gender in the first place, as the default sex is female in humans.

Turns out that this process has been transpiring over the last 300 million years! Which is a relatively diminutive amount of the Evolutionary Timeline. Dinosaurs both evolved and became extinct during the timeframe of X/Y chromosome evolution and we’ve had three mass extinction events in this stretch of time! Making it seem like a significant period of time but we need to keep in mind that the Earth was created 4.6 billion years ago!

Over the last 300 million years, the evolution of the X chromosome has sanctioned for the chromosome itself to retain 98% of its ancestral gene makeup, while the Y chromosome has only retained 3% in humans. That’s a significant difference!

This prompts the question: Are men going extinct?

Would it really be the end of the world if this happened? I’m sure many women would say no, but realistically… yes it would. Without sexual reproduction, all genetic recombination and variation becomes lost, and evolution can no longer occur. Recombination, in general terms, is the shuffling of genetic material on a continuous strand of DNA with a second strand of DNA.

This is a major advantage to sexually reproducing species as it creates new allele combinations as well as significantly lowers the amount of genetic mutations that can arise. If you need a refresher on sexual reproduction, visit this page on Reproduction and Cloning! I highly doubt that humans are a species that are able to evolve to asexual reproduction in a timeframe that would keep the human race present on earth. Therefore, it is necessary for human existence that men pass on the Y chromosome. Weird.

Lucky for us as child baring women, the evolutionary degeneration of the Y chromosome has come to a cessation over the last 25 million years!

Due to the lack of recombination that occurs on the Y chromosome and high repetitive content, there has been a lack of sequencing work done on it. The human Y chromosome contains a total of 60 male specific genes in ampliconic regions, and often in palindrome sequences. The interesting part of this, is that this 60 gene ampliconic region is retained in chimpanzees but not the closely related Rhesus macaque species. Meaning somewhere along the evolutionary path, there is loss of certain male specific genes.

Researchers also suggest that the lack of genetic recombination present between the X and Y chromosome could be the result of Sexually antagonistic mutations – mutation in which one sex benefits and the other does not. It is believed that the constraint of recombination on the nascent sex chromosomes may be caused by “selection favoring genetic linkage between sexually antagonistic mutations and the sex-determining region.”

Looks like men have a brighter future in the evolutionary timeline than previously thought. Good for you guys! 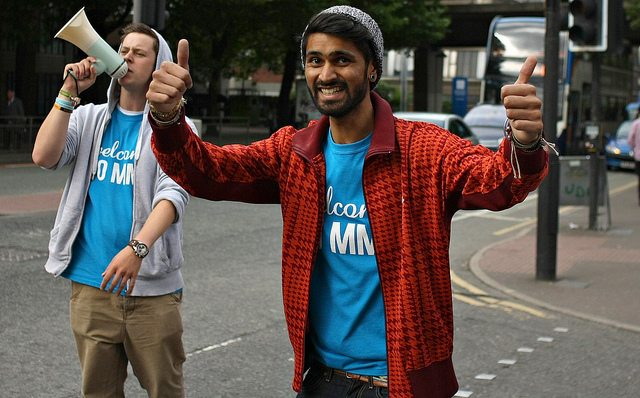