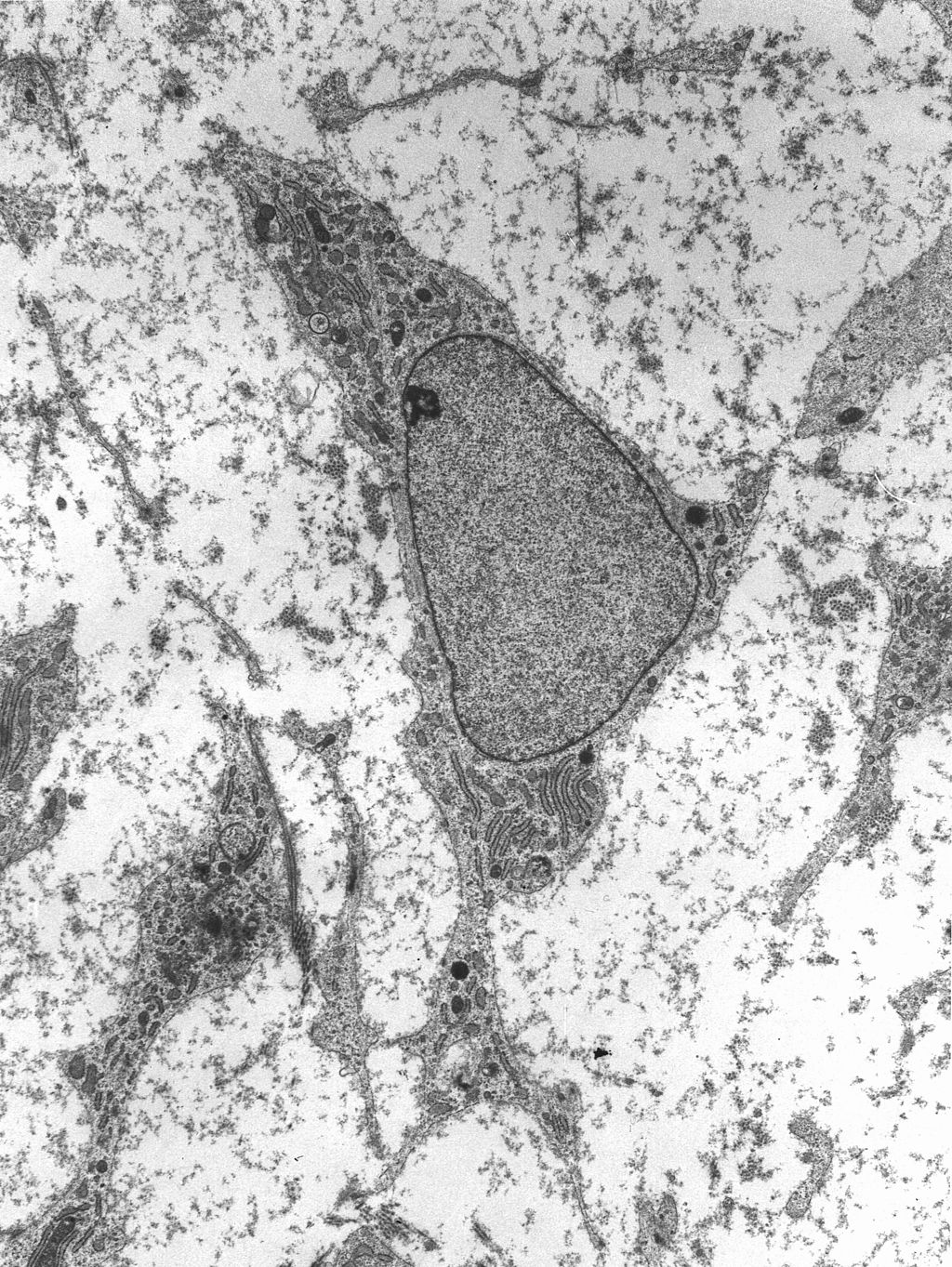 Stem cells and their enormous potential to save lives is a scientific phenomenon that never fails to blow my mind. I am amazed at the fact that cells can be purposely turned into other types of cells and can be used in treatments of many dreadful diseases. There are countless studies that have been done in the past that demonstrate the unbelievable powers of stem cells. Sadly, the field of stem cell research is limited due to its drawbacks. Before I share the exciting advances and disheartening weaknesses in stem cell research, let’s start with the basics.

What are Stem Cells?

Simply put, stem cells are cells that can differentiate into other types of cell. There are two specific properties that set these cells apart from others: they have the ability to divide and create more stem cells and they are able to transform into cells that eventually become part of tissues or organs.

As of now, there are three different types of stem cells. The first type is somatic stem cells, which are found in already-differentiated tissues and are used for organ or tissue repair. Secondly, there are embryonic stem cells, which are found in developing embryos. These cells play a role in development as they are destined to become part of the primary germ layers. Lastly, we have the newly-discovered induced pluripotent stem cells. These arise from cells that have been differentiated but are induced to have properties similar to those of embryonic stem cells.

Stem cells have crucial functions in the development of life as well as the maintenance of tissues. As you probably know by now, these amazing features also make stem cells the target of extensive research.

There is an overabundance of studies done on stem cells and all of these studies demonstrate that stem cells can be used in treating numerous diseases. For example, a study by Shadrin et al., 2017 has shown that stem cells have brought us one step closer to being able to treat ischemic heart disease. They revealed that fully-functioning cardiac tissue can be synthesized through the utilization of IPS cells. Heart attacks can be a very stressful illness and can significantly change the life of the patient. Due to personal experience, it is very reassuring to know that there is ongoing research that can help treat heart damage caused by heart attacks.

Another study by Lin et al., 2017 has revealed that somatic stem cells can possibly be utilized to restore the ability to smell lost over a lifetime. They showed that when somatic stem cells from a mouse with a nasal injury are transplanted to another mouse, the redevelopment of the olfactory epithelial cells can occur. This finding can potentially help people that have lost the ability to smell and thus are unable to do things such as sense dangers or sense the taste of their food.

Most astoundingly, a study done by Ganz et al., 2017 demonstrated the use of stem cells to remedy injuries to the spinal cord. They were able to accomplish this by treating paraplegic rats with human stem cells. This resulted in the restoration of the ability to walk in almost half of the rats. Spinal cord injuries are unfortunate occurrences that can drastically alter an individual’s life in a split second and leave the patient with little to no hope for recovery. Therefore, it is essential to find ways to successfully treat these patients.

The previously mentioned studies are astonishingly just the tip of the iceberg! There are so many more applications of stem cells, such as potentially curing many other diseases like diabetes, Alzheimer’s disease, and Parkinson’s disease. Much more research is needed to make sure stem cell treatments can be used successfully in human beings. However, to think that stem cells can potentially give hope to people that are indefinitely afflicted by such horrible diseases is incredibly heartening. 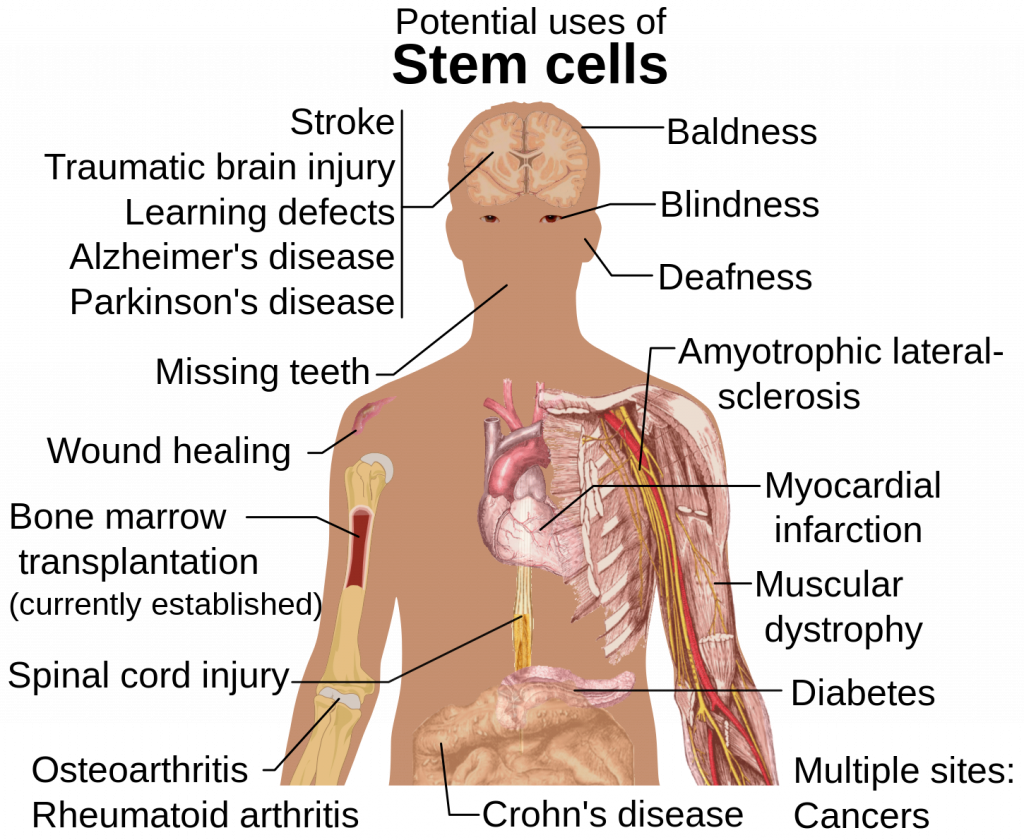 Sadly, every good thing has its downsides. Ethical issues are a major area of controversy when it comes to stem cells. For example, IPS cell technology can theoretically create embryos from differentiated somatic cells. Having watched many horror movies, I understand that this probable scenario will most likely not have a happy ending. Similarly, embryonic stem cell research is facing an ethical dilemma since it requires the destruction of embryos.

Furthermore, there are several complications regarding the performance and effectiveness of stem cell therapy. One example of complications related to the use of embryonic stem cells in therapy is that there is a possibility that the cells can be rejected by the patients. Another major downfall is that indefinite amounts of research still has to be done before any of these stem cell therapies are applied in clinical settings. However, this is a problem that can be easily remedied through persistent research.

Stem cell research has brought hope to many people that have suffered from incurable diseases. It is incredible to think that these cells can potentially help people with ailments such as diabetes or spinal cord damage. Although these cells have understandable controversies surrounding them, I personally believe that the benefits hugely outweigh the costs. Despite the scary implications of the misuse of IPS cells or the potentially unethical use of embryos, I do believe that the use of these cells to alleviate people from their suffering is definitely worth it. What are your opinions on this: is the use of superhero-like stem cells in treatments worth the risk?

This work by Kiranjot Jhajj is licensed under a Creative Commons CC-BY Attribution 4.0 International License.