Social hierarchies seem to be an unavoidable, if not unfortunate part of life. A social hierarchy is a system of ranking where individuals establish themselves on a scale of powerful to vulnerable. In humans, hierarchy is often established through socio-economic status and can range from your place in society as a whole, to whether or not you have a designated coffee mug at the office. These social rankings are known to have a considerable impact on health and longevity. Many studies have demonstrated this correlation between social factors and inequalities in health, also noting that there was relevance to both communicable and non-communicable diseases. In the United States of America alone it was found that differences in income and social standing determined an almost 10 year difference in expected lifespan. These sorts of correlations demanded further investigation. A major problem (science problem, not social problem) with human subjects however is that they live very complex, multifaceted life styles. In human models it is therefore very difficult to determine whether or not the health effects are due to the persons low social status directly, or if it is due to lifestyle choices influenced by low in-come; such as poor diet, lack of sleep, and inadequate exercise. In animal models however life is much simpler, although not necessarily less stressful. For the most part animals live in similar environments with similar access to food and exercise. Their social status are more determined by their aggressiveness towards one another (such as screaming and poop flinging, both of which are sadly frowned upon practices in humans) and mating choices, rather than income. This allows one to investigate the direct relationship between social status and health.

The direct relationship between social status and immune function was investigated in 2016 when researchers rather rudely manipulated the social hierarchies of 45 adult female rhesus macaques. This was done by letting small groups of the primates live together for 1 year, in which they were able to establish themselves (phase 1). The groups were then reorganized so that previously high ranking primates were now lower on the chain and vice versa (as the classic piece of cinematic artwork “Mean Girls” has taught us: things can get very messy when the social ladder is upset). These new groups then spent another year growing accustomed to their standing and trying to advance their social ranking (phase 2). Researchers measured lymphocytes levels and gene expression for individuals at different points in both phase 1 and phase 2. They discovered that in both phases there was a higher level of natural killer cells and cytotoxic T cells in the high ranking members when compared to low ranking subjects. These two types of immune cells are both involved in the induction of apoptosis of dangerous cells (as seen in following two pictures). 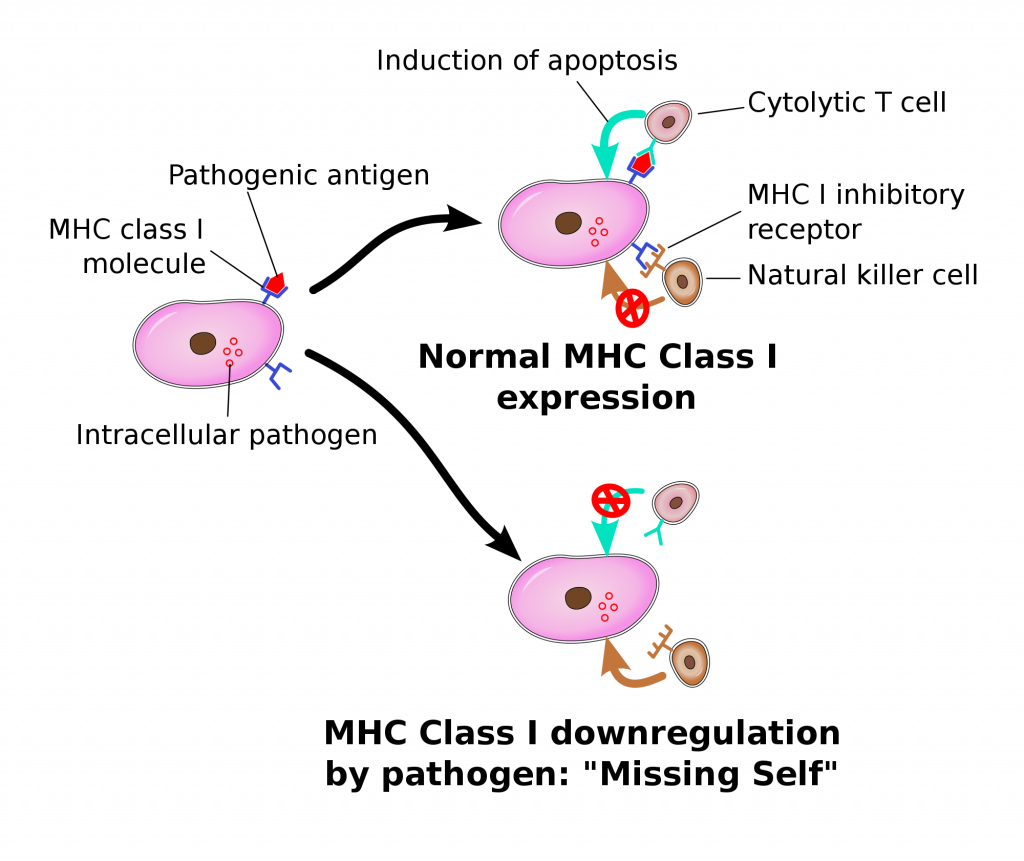 By The original uploader was Cacofonie at English Wikipedia [CC BY-SA 3.0 (http://creativecommons.org/licenses/by-sa/3.0)], via Wikimedia Commons 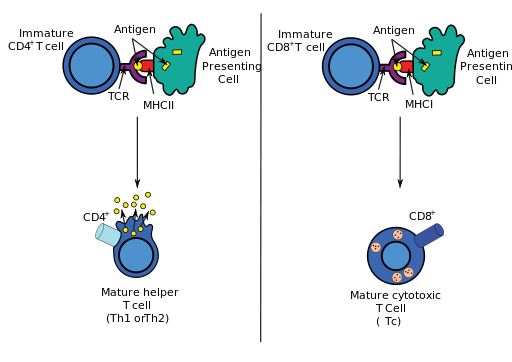 By user:Sjef [GFDL (http://www.gnu.org/copyleft/fdl.html) or CC-BY-SA-3.0 (http://creativecommons.org/licenses/by-sa/3.0/)], via Wikimedia Commons

The researcher also demonstrated these effects in an actual immune response. These effects were seen in groups where the resource access, health care, and health risks behaviours were kept the same. This all comes together to show that low social standing has a direct impact on immune related gene expression, lymphocyte levels, and actual immune response independent of other influences.

Now that the study had established that social status had an effect on immune regulation and response it went a little further and investigated behaviours associated with social status. This portion of the study is actually my personal favourite. The researchers looked at how harassment (which is related to low social status)  affected the immune system in comparison to how grooming (a positive social interaction) affected it. They found that grooming had a greater effect than harassment for rank-responsive of the natural killer gene. This indicates that a lack of positive social interactions could actually be even more detrimental to ones health than a low social standing. To translate that concept in to layman’s terms, it is easier to go to a job you get bullied at if you know you have a friend to talk to about it, or a loving family to come home to. This just once again proves the age old theory that money can’t buy happiness (although it is nicer to cry in a Porsche than on a bicycle).

Social status has long been known to have some effects on health, however exact relationships had been difficult to investigate in humans. A group of researchers used a group of our close relatives, the rhesus macaques, to demonstrate that the effects on health are at least due to actual social subordination rather than life-style choices. This was shown through increased immune function, lymphocyte levels, and gene expression in higher ranking members of the society. This indicates that even improving the general health of the lower rankings of society, such as providing nutritious food, exercise, and accessible health care, will not completely eliminate the health inequity. On a bright side though, no matter where you stand in society you can help improve your health and immune function by finding someone to sit down with at the end of the day (wine is not required but it is suggested). Positive social interactions may be potentially more important to immune function than harassment, therefore make sure you have someone to talk to (or groom, we don’t judge here).

Diabetes: Don’t be a couch potato and explore the world!