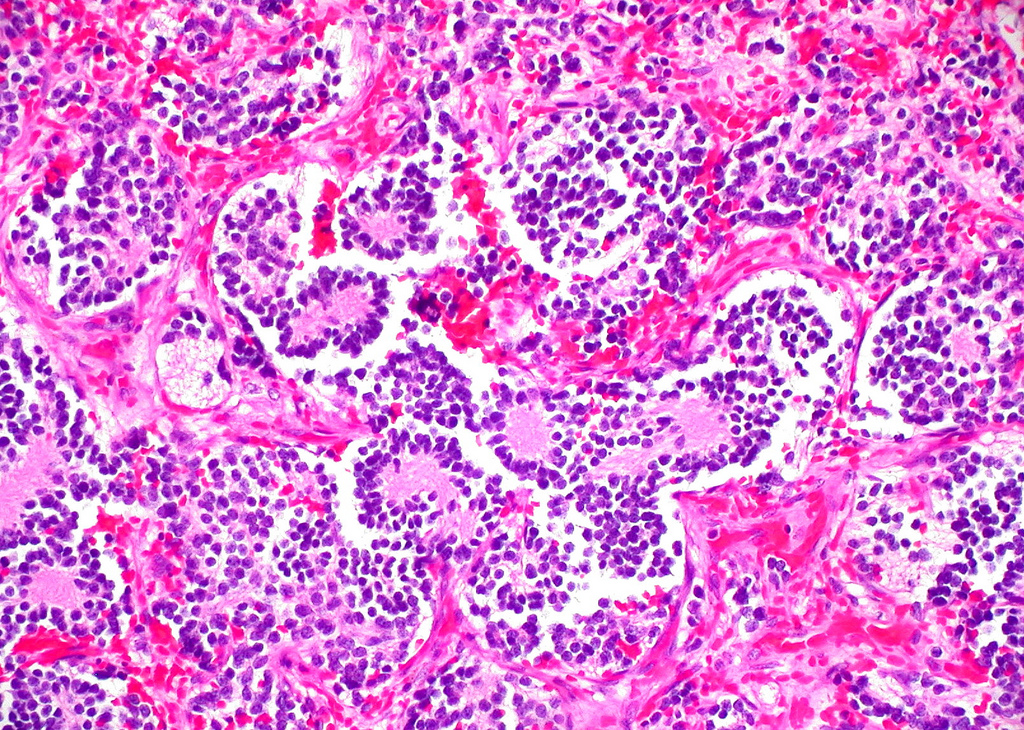 Cancer treatment has been a major topic of study for years, and new forms are popping up everywhere. Some new treatments include stem cell transplant, photodynamic therapy, and using lasers to remove target cancer cells. It is incredible to see how many innovative and new angles these treatments are being studied from including using components of a generally harmful disease to cure an equally harmful disease.

Botulism is a relatively rare disease found in all species of animals, and is caused by the nerve toxin producing bacterium Clostridium botulinum. C. botulinum is a gram-positive, anaerobic, spore-forming bacterium with varying types from A to G, depending on the species of animal it is infecting. The bacterial types A, B and E are naturally found in human strains and cause vision problems, muscle weakness, and flaccid, symmetric, or descending paralysis. The strain we are focussing on today is type C, which causes avian botulism in waterfowl, shorebirds, and other water dwelling birds. This strain of C. botulinum causes the waterfowl to undergo paralysis in different parts of the body including the wings, neck, and legs, resulting in death.

Neuroblastoma is a cancer commonly found in children under the age of 5, and arises in immature nerve cells. It can be located throughout the body, but is most commonly found in or around the adrenal glands, just above the kidneys. The standard treatment for neuroblastoma includes, surgery to remove the cancerous material, radiation therapy, chemotherapy, stem cell rescue, and targeted therapy. To remove some stress off the body from harsh radiation and chemotherapy, immunotherapy is being tested as a form of treatment. This treatment involves the attachment of cytotoxic enzymes to ribosome-inactivating proteins to prevent the synthesis of new cancerous cells. However, there have been some complications with these inactivators entering other healthy cells and disrupting their ability to synthesize necessary materials. In order to ensure healthy cells are not being killed during the removal of neuroblastoma, new research is being done on using the most potent neurotoxin known to man, botulinum.

The neurotoxin produced by botulinum type C is composed of an enzyme and receptor binding unit with a translocation domain. This domain is necessary for the proper delivery of the complex into the cytosol of the target cell. Once in the cell, the toxin cleaves one, or more, of the SNARE proteins preventing the release of neurotransmitters from the cell. SNARE proteins, or soluble N-ethylmaleimide-sensitive factor activating protein receptor proteins, are complexes involved in exocytosis by allowing the vesicle membrane to fuse with the cell membrane causing the release of the vesicles contents.

Through the mechanisms of botulinum neurotoxin type C, a new study has shown that this neurotoxin is more efficient at removing the cancer from differentiated neuroblastoma cells. These neuroblastoma cells become differentiated through the addition of an antibody to the GD2 and GD3 gangliosides, which are similar to the GD1b gangliosides of neurons. The antibodies allow the protease to recognize the neuroblastoma and remove it through its above mechanism, of SNARE cleavage. However, despite these findings further research needs to be done before the therapy will be able to effectively remove neuroblastoma from the body without the assistance of more harsh treatments.

The neuroblastoma cells, once consumed with botulinum neurotoxin type C, is removed completely by inducing a process known as apoptosis, or programmed cell death. Apoptosis is stimulated within a cell through the activation of a caspase from procaspase by intrinsic and extrinsic signaling. Intrinsic signaling occurs when many non-receptor mediated stimuli induce an intracellular signal. These signals are mitochondrial initiated events that directly act on parts of the cell. Extrinsic signaling occurs when a specific receptor on the cell membrane is bound causing the activation of caspase. The activation of caspase then results in a cascade of more caspase being produced, this process is known as a caspase cascade. 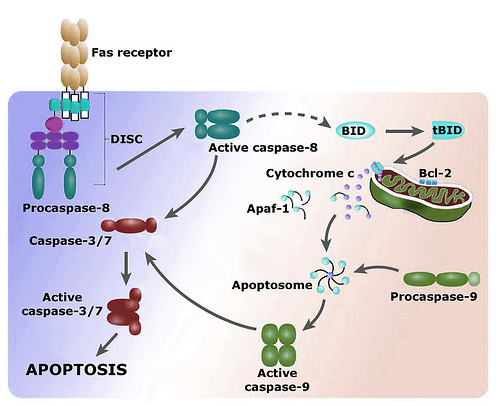 Botulism is a fatal disease in many species of animals making it hard to believe that something so deadly can actually be a potential cure for an extremely severe cancer, like neuroblastoma. It will be exciting to see the progress of this treatment, because it is such a new study. It will be interesting to see how this treatment and others like it continue to push the boundaries of not only neuroblastoma treatment, but other cancers and diseases as well. Through this increased research on different ways to treat cancer, it is amazing to see another way in which cell death results in more life.